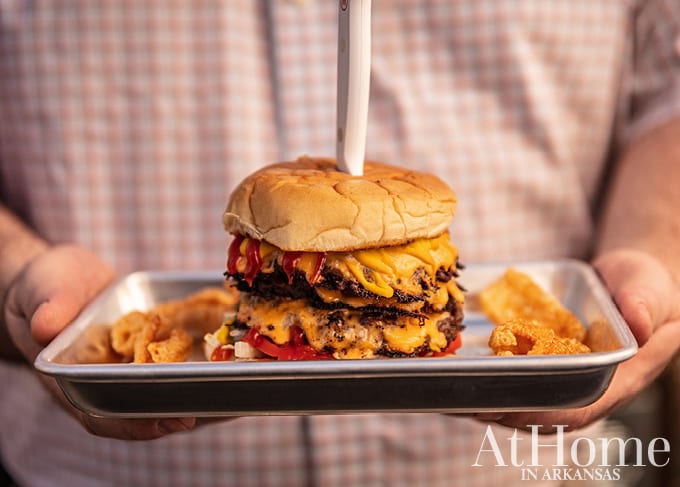 Like many a Southerner, Ben Adams’s love of cooking is an inherited one. “My grandmother was a great cook,” he says, recalling summers spent staying over at his Mamaw’s house just outside Keo where lunch plates were piled high with ham and beans. Back at home, Ben also saw his mother’s knack for cooking. “She would just throw stuff in and the meal would come out perfect,” he says. “That’s where I get my love of cooking—from the two of them.”

Today, Ben continues the family tradition at his own home in Little Rock, where he’s often at the helm of a Blackstone griddle. The inspiration to transition from indoor cooking to outdoor was twofold: “I saw someone making a smash burger and thought, Hey, I could do that on a skillet, but I could only make two at a time that way,” he says. Meanwhile, COVID had just hit and he found himself home for more meals than ever. Adding the flat-top grill to his repertoire not only allowed him to cook more in quantity, it also opened the door for all sorts of creative possibilities. “That’s when things really ramped up,” he laughs, noting it was around this time he started posting his creations on Instagram as the Bearded Chef Guy (@bearded_chef_guy).

With two willing taste testers (his wife, Tiffany, who also happens to be managing editor of At Home and their 5-year-old daughter, Martha Ann), Ben turned their back deck into an experimental food lab. After working through the usuals, including that smash burger he’d been wanting to try—which uses a burger press to “smash” the patty very thin— he started to explore the versatility of the flat-top. “I’ve cooked biscuits on it, pizza, pasta, fried rice … basically anything you can cook inside, you can make outside on the griddle,” he says. And, like his mother and grandmother, he’s found the real joy comes from sharing these meals with others, both in person and online. “If you make something for somebody and you can tell they’re enjoying it, that’s more fun than actually cooking it,” he says.

For this issue, Ben offers three variations on a classic summer smash burger. Turn the page to find the fixings for his Tex Mex burger, barbecue burger, and the locally influenced “Dew Baby.” 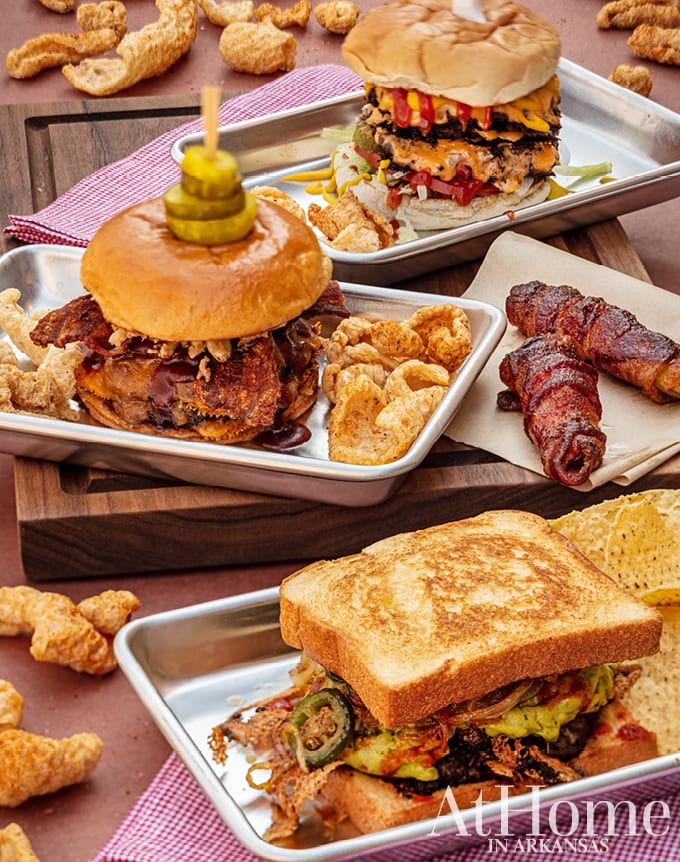 Ben likes to serve bacon-wrapped dill pickle spears as an appetizer on burger nights, while seasoned pork rinds are a flavorful side. 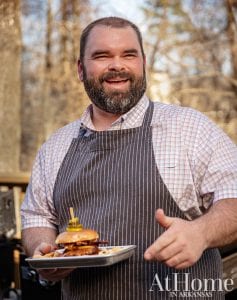 Favorite time of year to be at the grill Anytime. Even during the big snow storm last year, I was outside cooking. I particularly like it when the days are longer and you can spend more time out there after work.

Best compliment someone can give your cooking A clean plate.

Something you haven’t tried on the griddle yet I’ve been seeing octopus at Costco. I don’t really know if it’s on the list, but maybe!

Favorite local burger (when dining out!) David’s Burgers are at the top of my list. 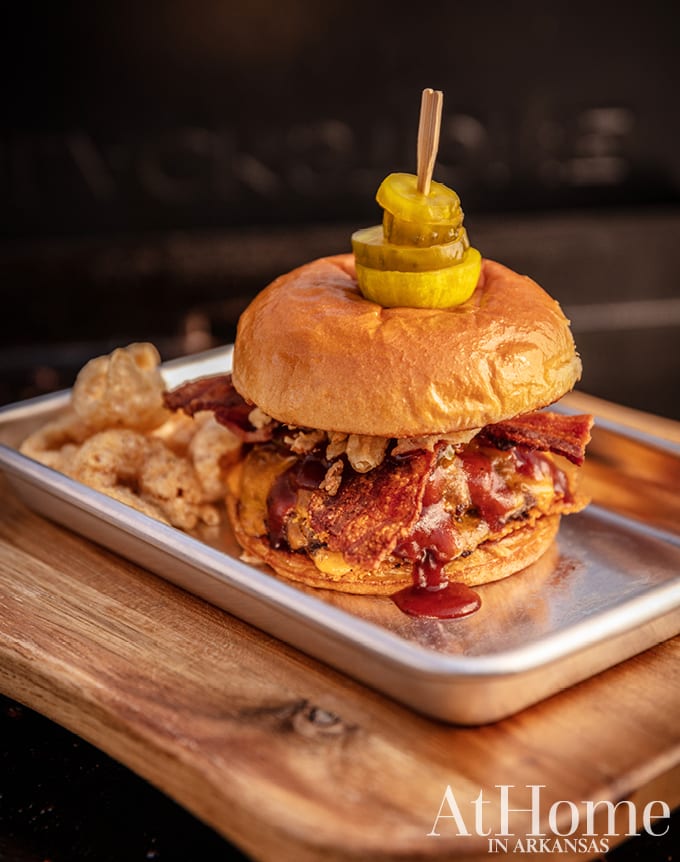 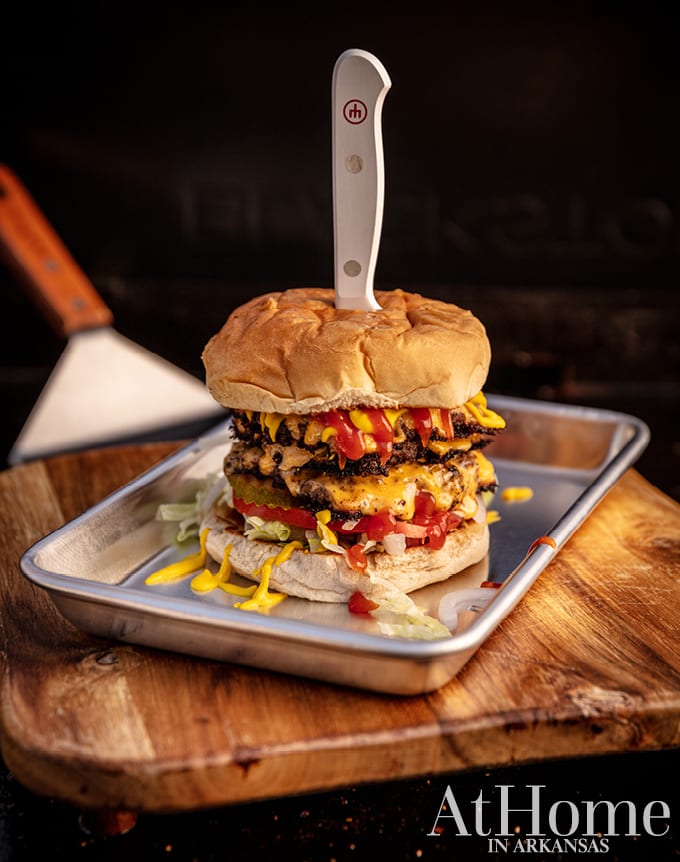 This creation is an ode to an eatery in Tucker that Ben visited when he was growing up. “They had this burger called the Dew Baby, and it was so big they didn’t serve it with fries,” he says. 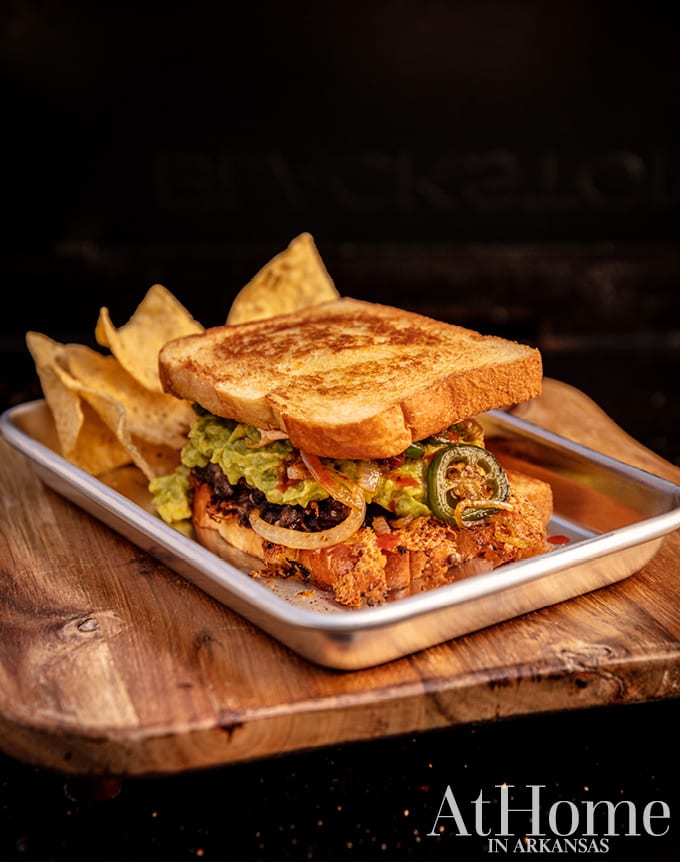