After years of putting clients first, the owners of a landscaping company finally get the outdoor space of their dreams 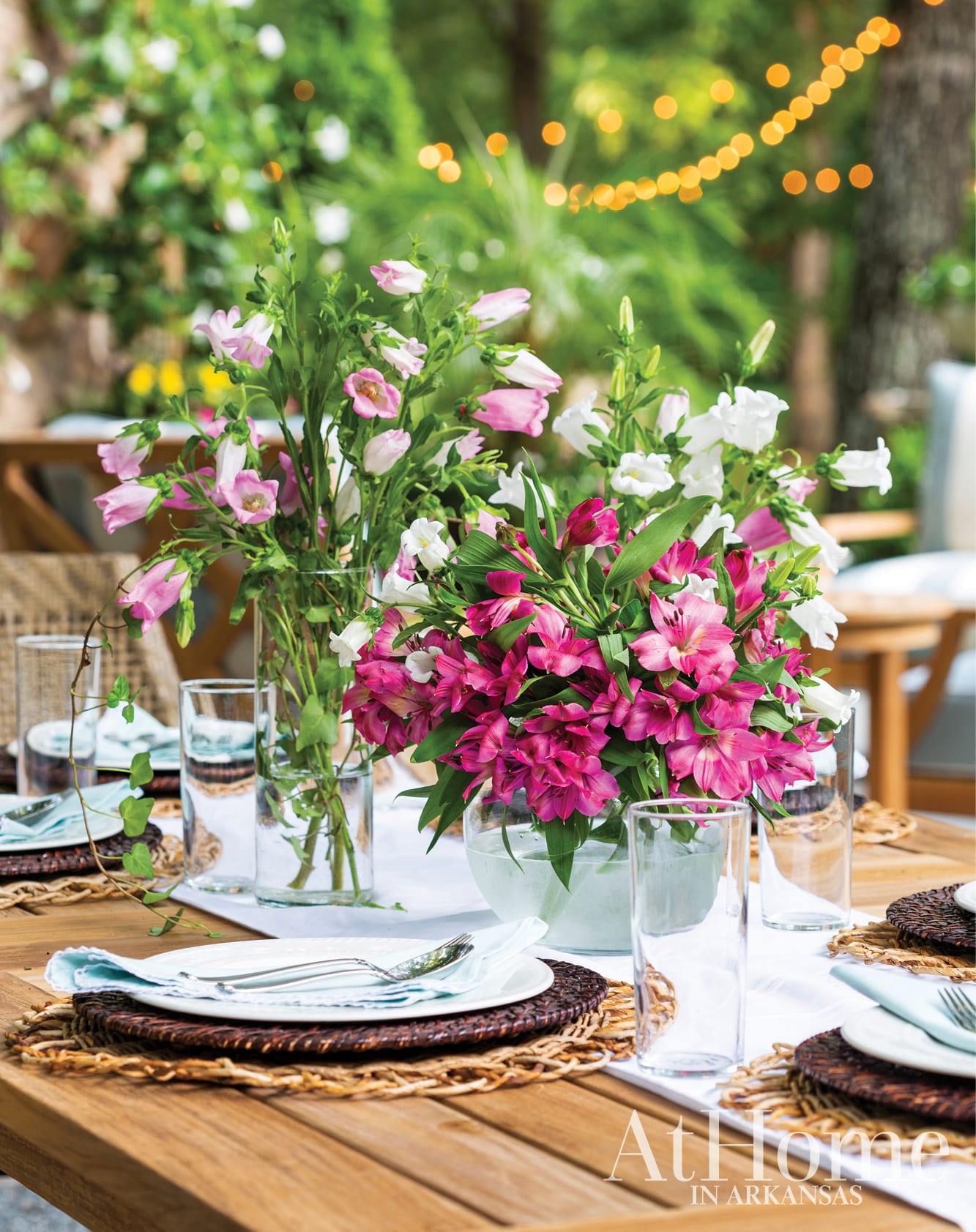 After 35 years in the home they built in west Little Rock, Ruth Ann and David Munsey, Jr.—owners of Better Lawns & Gardens—decided it was time to revamp their backyard and patio. And when you own a landscaping company, who better to call on than the family business?

Leading the project was their oldest son and general manager of Better Lawns & Gardens, David Munsey, III. He describes the home’s previous patio as an area that was used and well-loved, just not quite finished. “When it’s the owner’s personal home, well, you kind of pick at it,” David says. “We’d be on jobs, get a break, come work on it for a little bit, then have to leave again.” Last year, David’s younger brother, Mark, and Mark’s then-fiancée, Jessica, decided to hold their wedding at the Munsey home, which provided the motivation to prioritize an outdoor renovation.

Over the years, Ruth Ann had imagined her dream garden, saving any images she ran across that had the look she desired. “I kind of knew what I wanted, and I’m always looking in magazines. If I see something I really like, I’ll save it in case there’s a chance I can use it,” she says. “My mom showed me a picture of a patio in a Southern Living from, like, 1998,” David laughs. “The page was folded back so hard, there was a crease the wrong way on the magazine! It didn’t look exactly like how this project turned out, but the way the columns framed the walkways, there’s some elevation change, concrete planters… We definitely took a little from that look and went with it.”

What was most important to Ruth Ann was that they’d create a space she and her family would truly use. “That’s where we go to have quiet time, talk about the day, and relax,” she says. “We really are outside people. We just enjoy it there.” 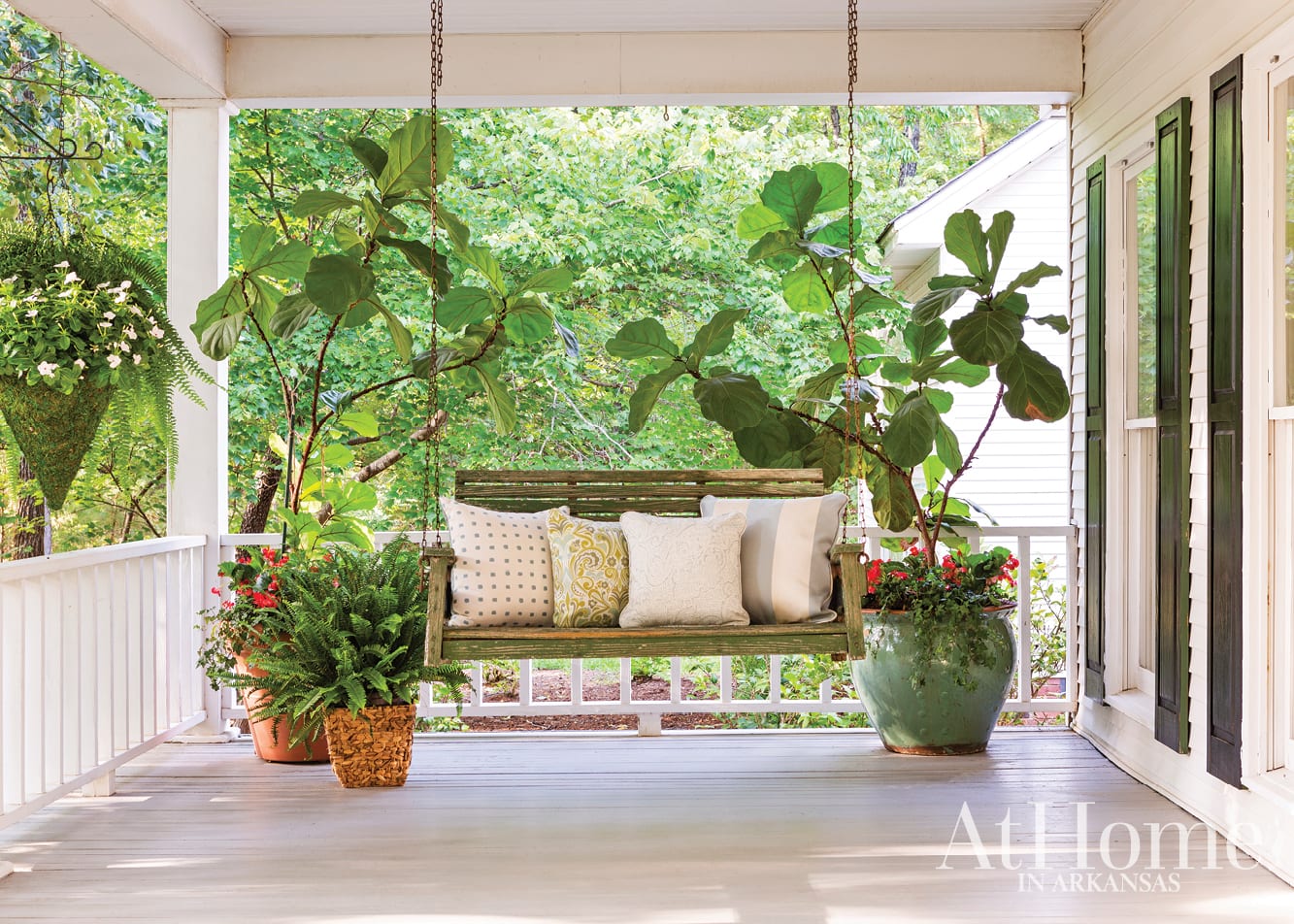 Above: A front porch and swing original to the house hold dear memories from David and his brothers’ childhoods. Plantings in containers coordinate with flora found on the patio. 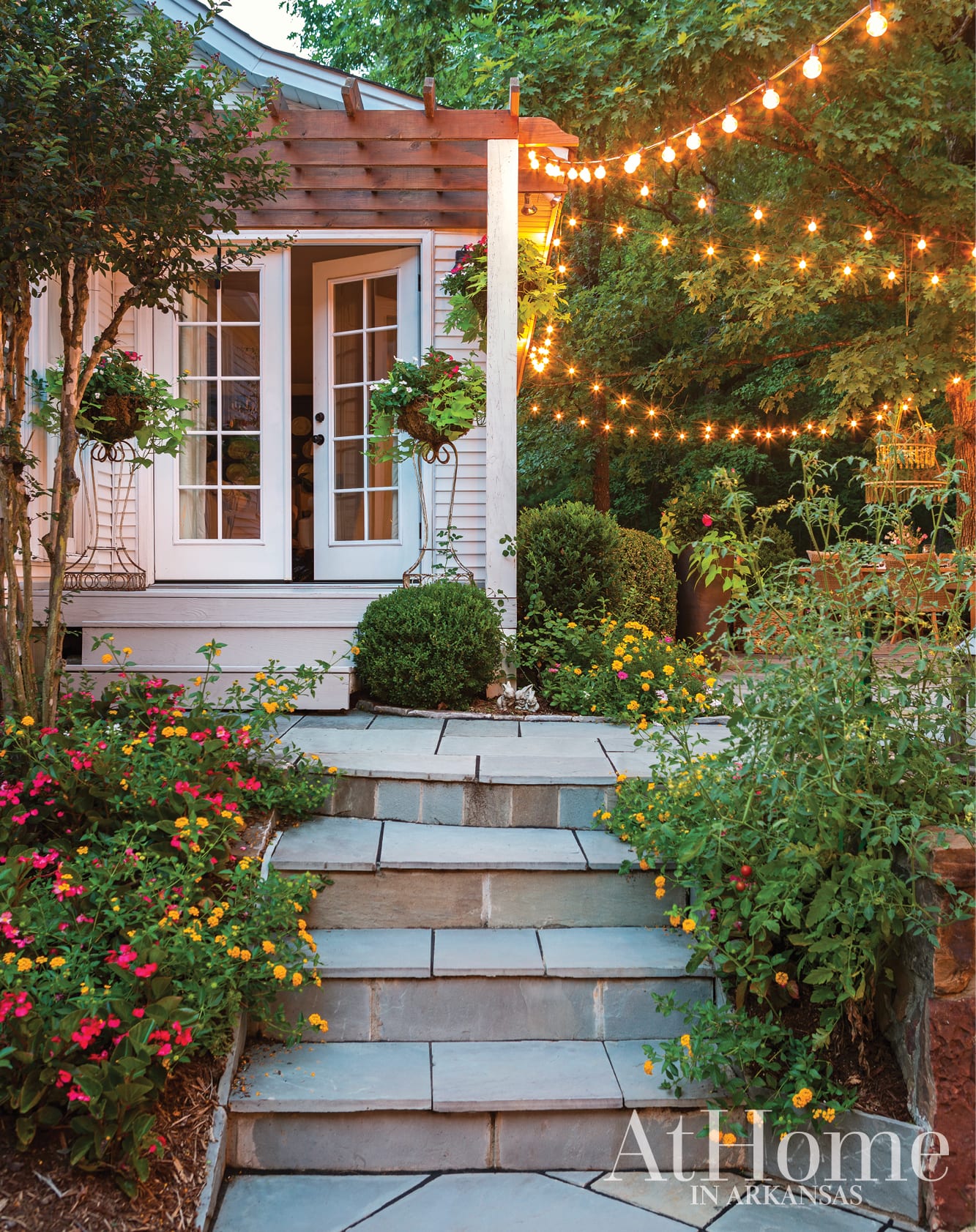 Step It Up
French doors from the home’s living room open out to the patio, offering an uninterrupted flow when the Munseys use both spaces for entertaining—plus, the kitchen is nearby, which is handy when dining al fresco. David and his team built a pergola and wooden landing to enhance this entrance. “The pergola creates a little shade into the kitchen windows, and it also frames the doorway and gives a nice spot for hanging baskets and pedestal planters,” he says. ‘Cora Cascade’ fuchsia vinca, yellow lantana, and a ‘Super Sweet 100’ tomato plant line the steps. 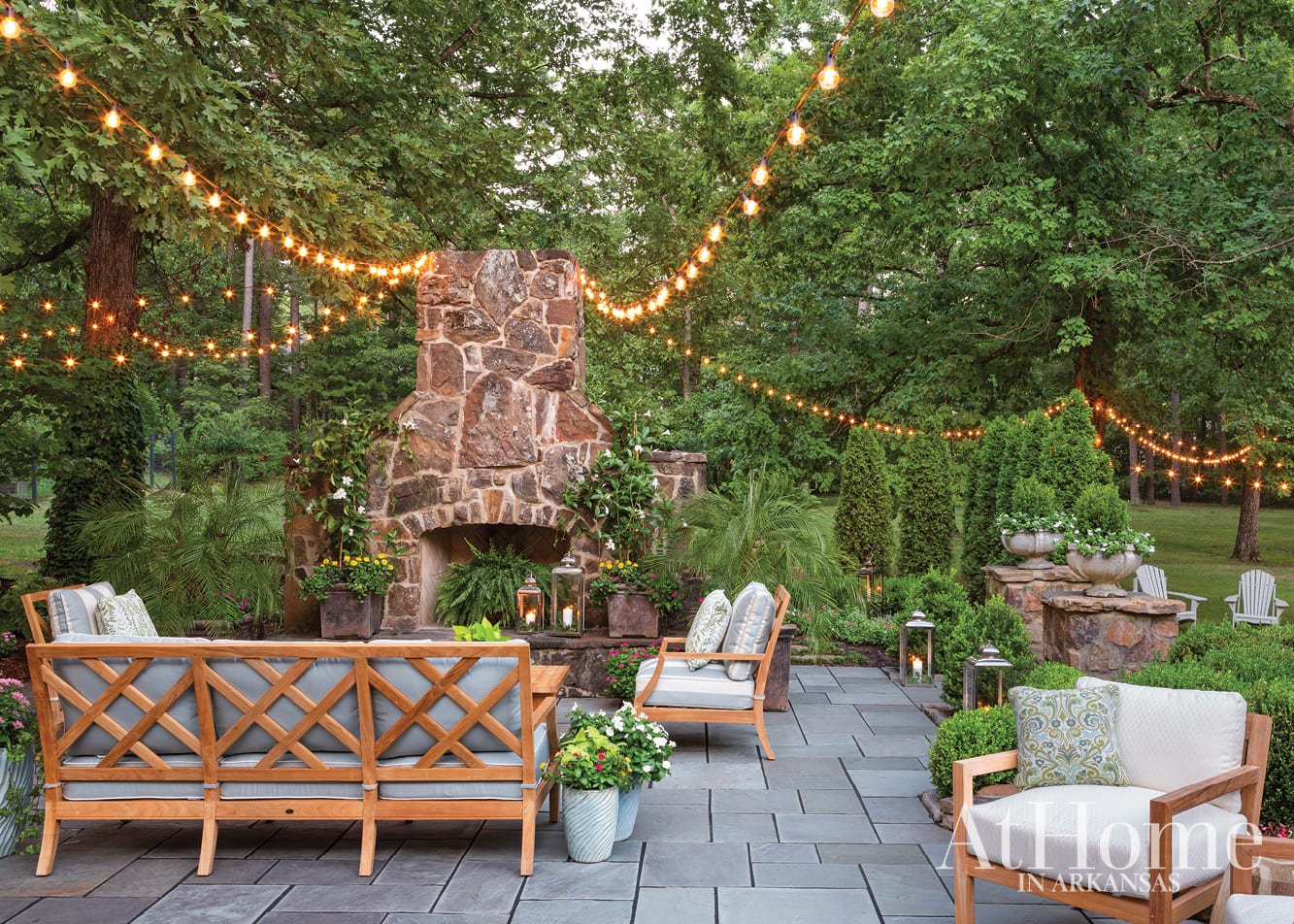 Stay Awhile
The patio, once covered in poured concrete, received a facelift with blue stone hardscaping. The focal point is a fireplace built from Arkansas native stone, one of Ruth Ann’s favorite aspects of her outdoors. “We’re out here all the time, no matter the season,” she says. “In the spring and fall, it’s just so pretty with the trees. And when it’s cold, we take a blanket and sit by the fireplace.” Bistro lights were set up for last year’s wedding festivities; they lent the space such a lovely ambience at night that the family decided to leave them up year-round. 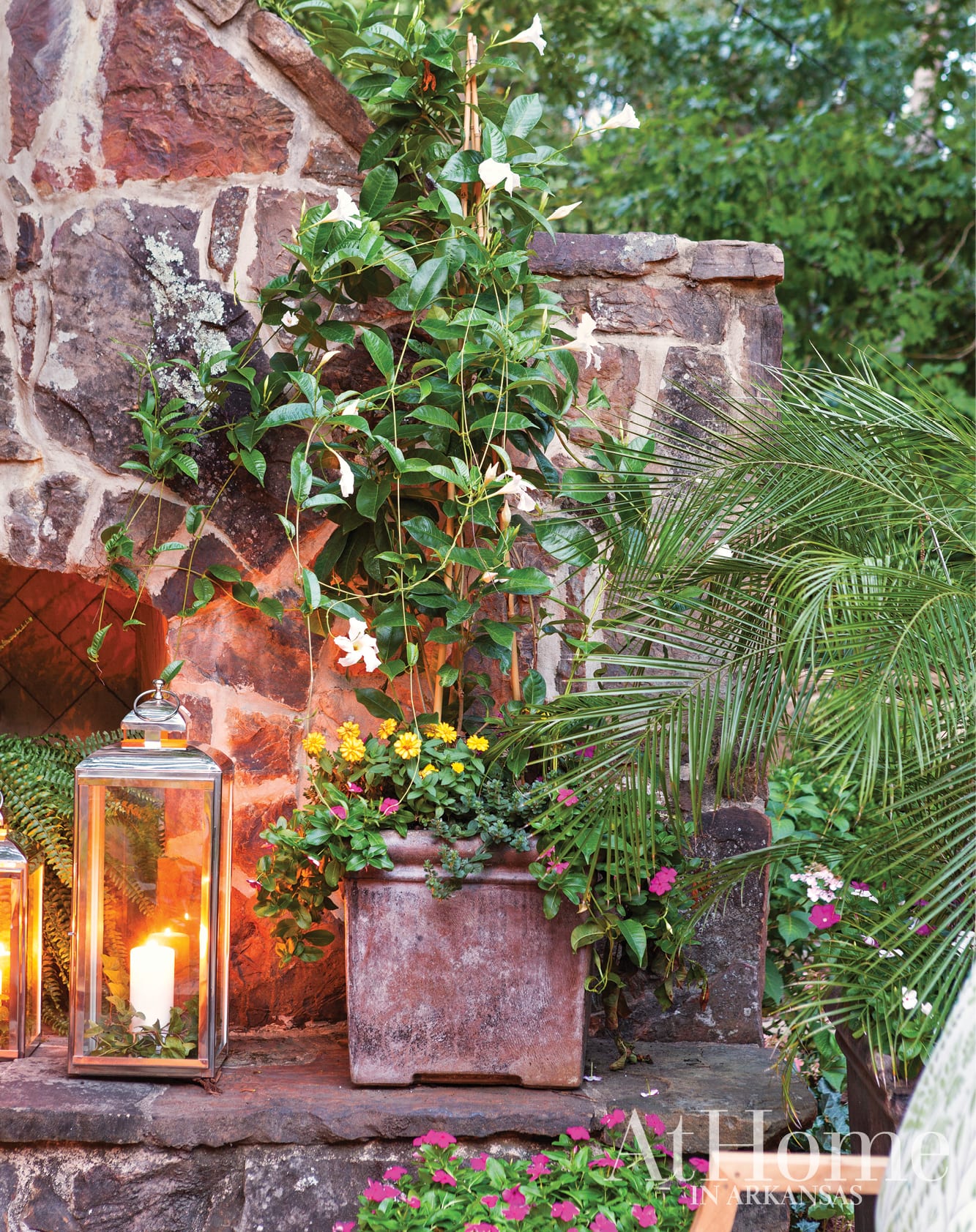 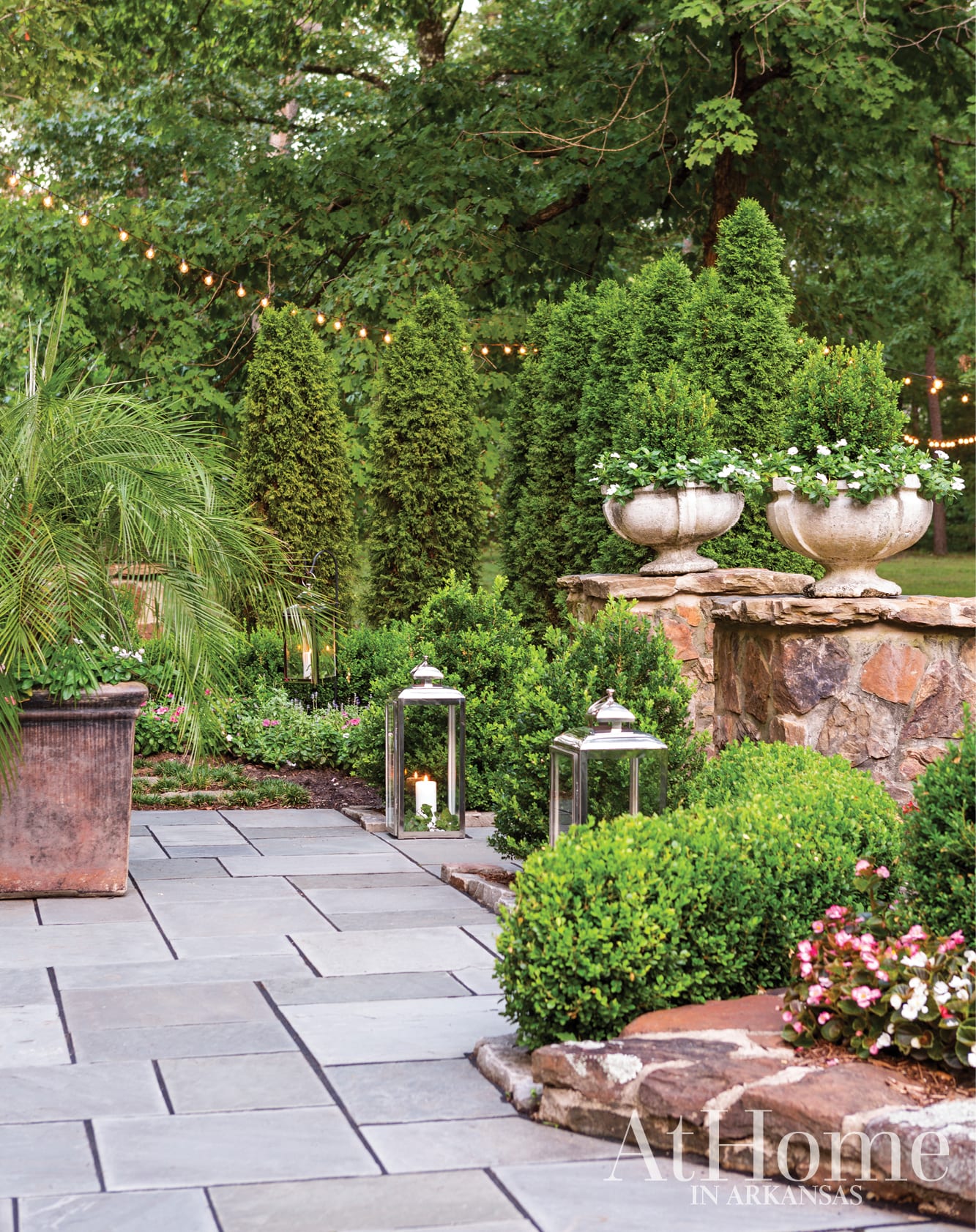 All In the Mix
Arborvitae, several varieties of boxwoods, and concrete planters suggest an English influence, while Ruth Ann’s robellini palms and bursts of color lend the garden a tropical air. The overall effect is an elegant yet casual atmosphere. 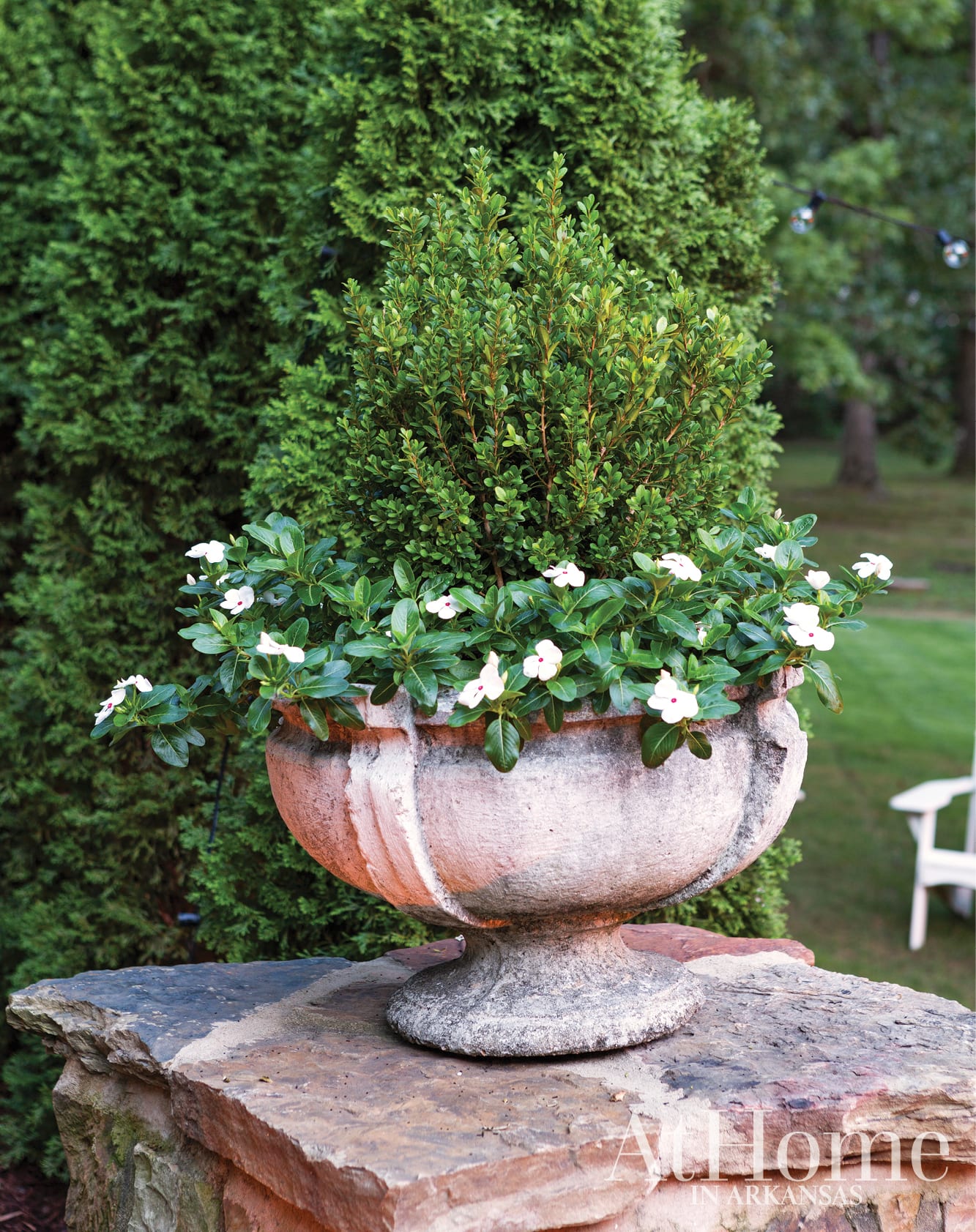 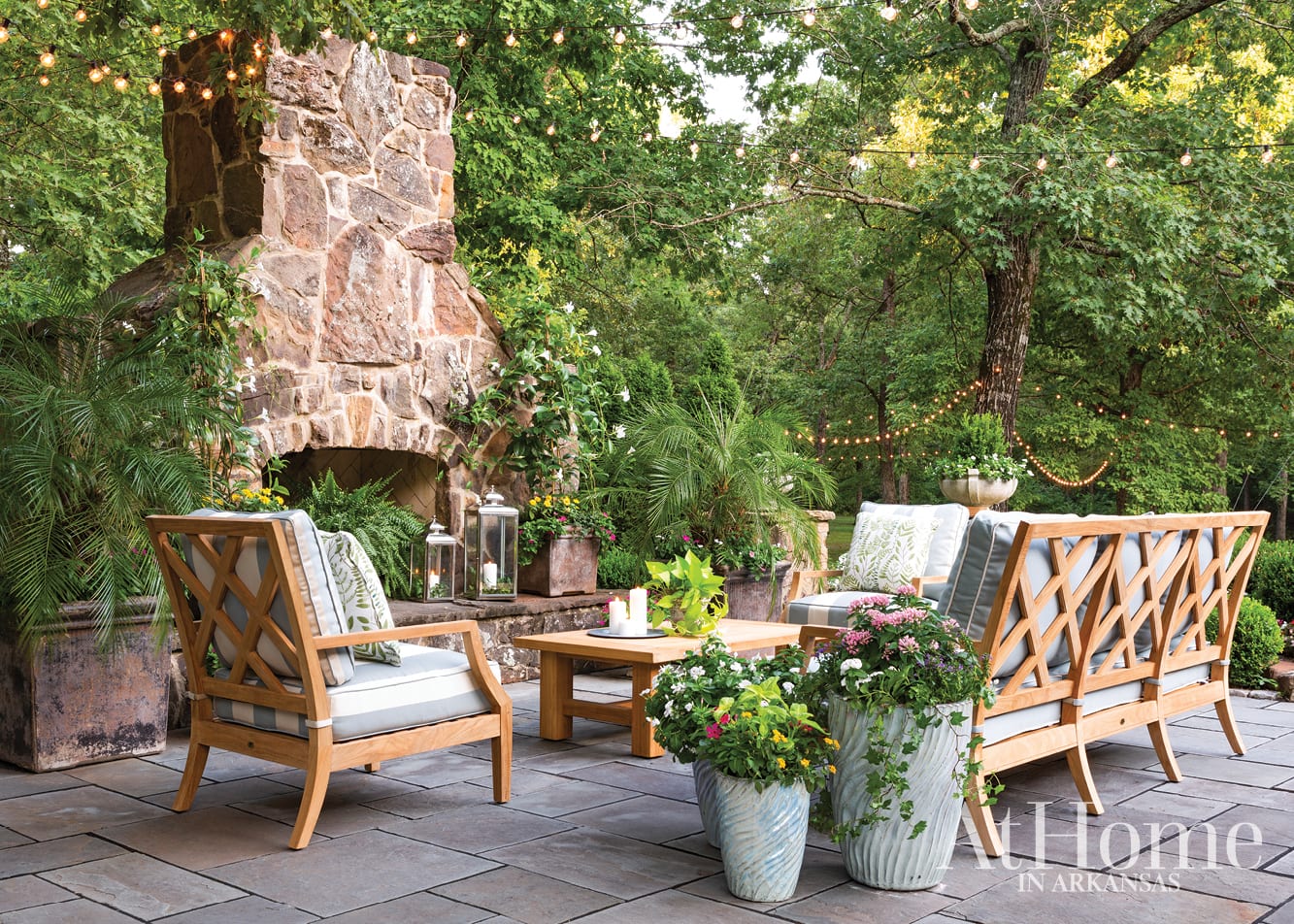 Accents of Color
Groupings of containers on the patio include more ‘Cora Cascade’ white vinca, lime coleus, lantana, pink pentas, purple scaevola, and English ivy. “I like to change out my shrubs and flowers,” Ruth Ann says. “I fell in love with all white for a while because I could accent it with anything. Now, I’m back to using more color.”

“We’re out here all the time, no matter the season.”
—Ruth Ann Munsey, homeowner 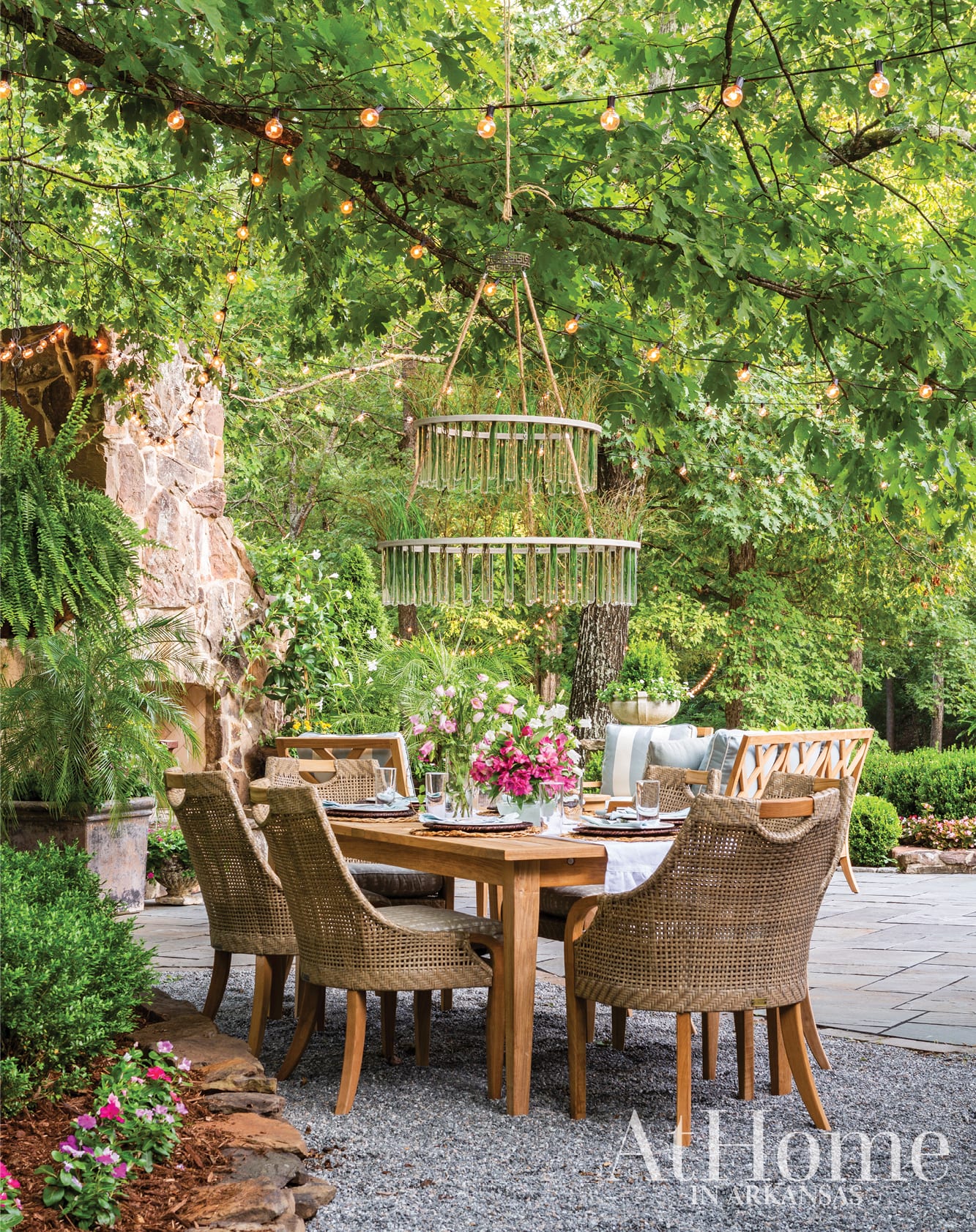 Set the Table
It’s not uncommon to find the Munseys dining outdoors when the weather will allow. They decided to leave this portion of the backyard unpaved, forming some separation from the fireplace seating area while also tying it to the crushed granite lining the circle drive in the front of the house. Large oak trees overhead provide shade and sturdy branches for lighting and décor. While an installation of hanging vases elevates this garden party, Ruth Ann and her family have hosted more casual gatherings in this setting.