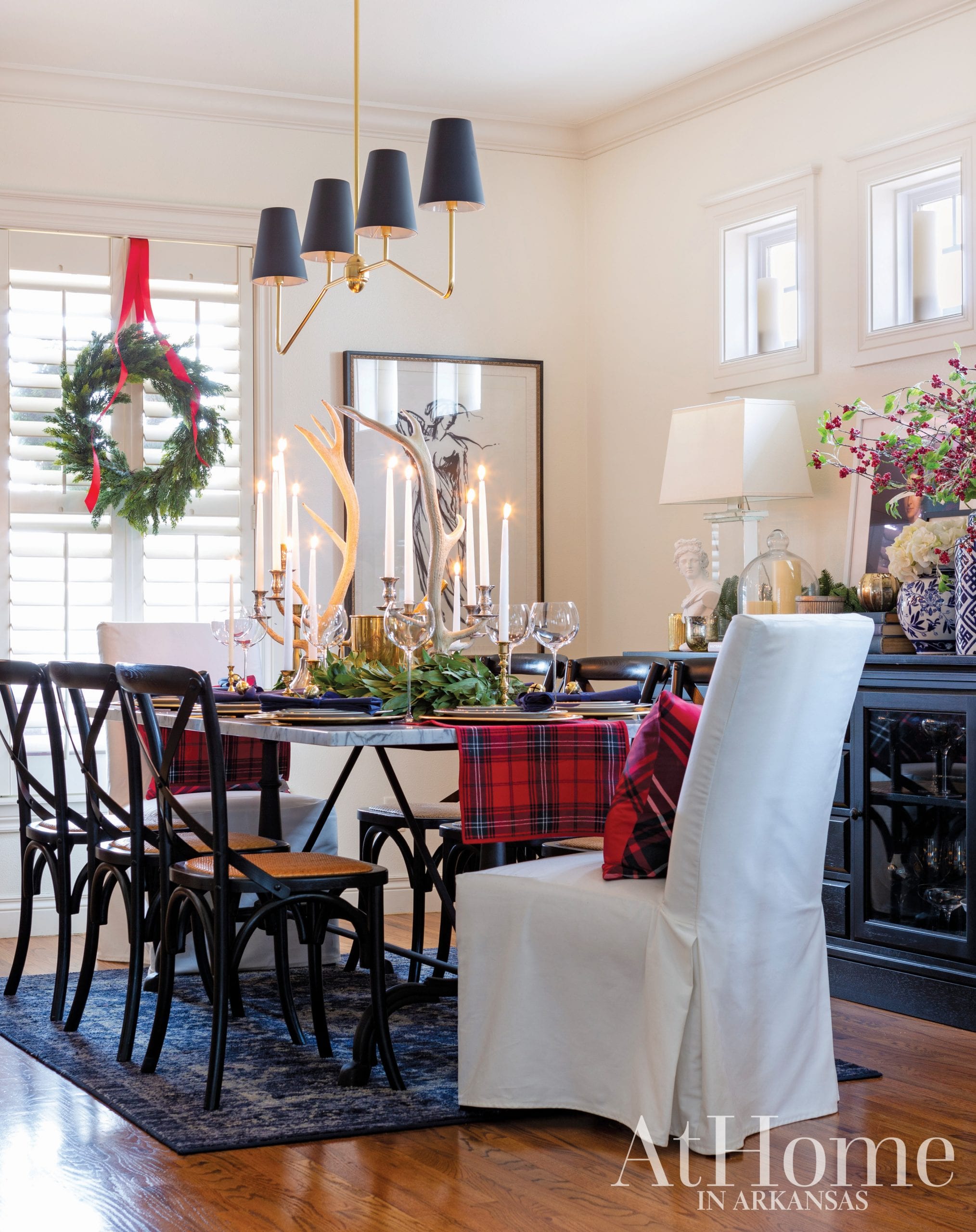 Design is a way of life for Northwest Arkansas native Jonathan Stiers. Even before graduating from the University of Arkansas, he began working as a graphic designer with Walmart and has risen in rank, having the opportunity to change departments and focus over the course of two-plus decades with the company. Today, he works with their sister brand, Sam’s Club, as the senior creative director for their private label. However, he doesn’t check his ingenuity at the office door; it manifests itself at home.

“I encourage people in creative roles to find a secondary outlet to help avoid burnout—something you can have 100 percent ownership and influence over,” Jonathan says. Taking his own advice, he started blogging about food and home interiors. “I love styling things and bringing a scene to life. It’s all about trying to create a moment you want to live in—much like my work,” he says. “I also enjoy doing interior design in my home. In this realm, I don’t have to negotiate with anyone but myself.”

Since purchasing a new-construction Craftsman home 13 years ago, Jonathan has put his spin on almost every square inch, in the form of a few full-scale renovations and with furnishings and accessories. During the holidays, he takes the same approach, blanketing the home in a palette of red that complements the everyday blue-and-white scheme. “People know that it’s Christmas at my house,” he says, pointing to the trees that can be seen from the front windows. “I like for my house to be rooted in the traditional themes of the season but still have a transitional feel overall,” he says, adding that he is drawn to Ralph Lauren’s timeless aesthetic and use of plaid. “It always feels fresh, even though it’s classic.” 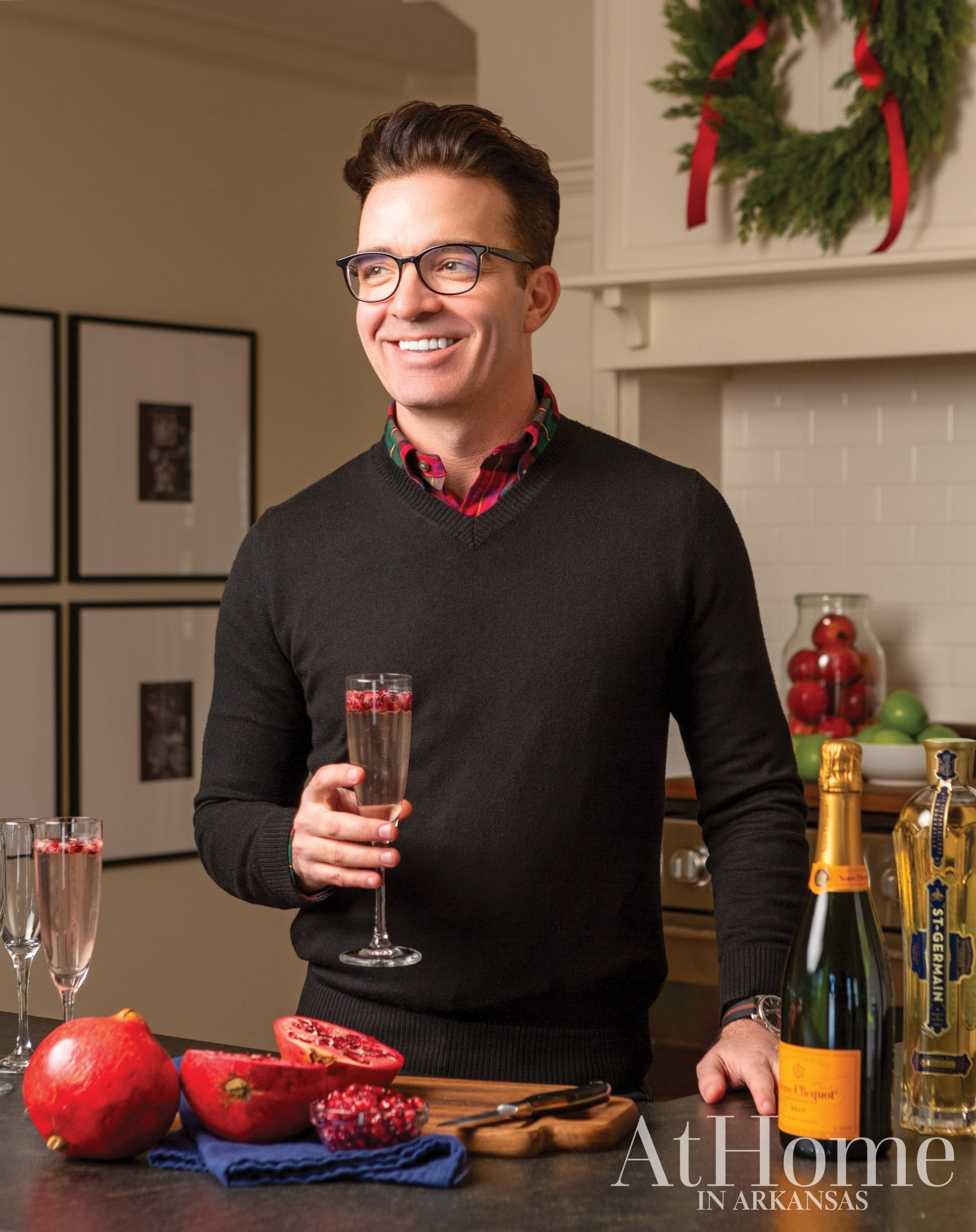 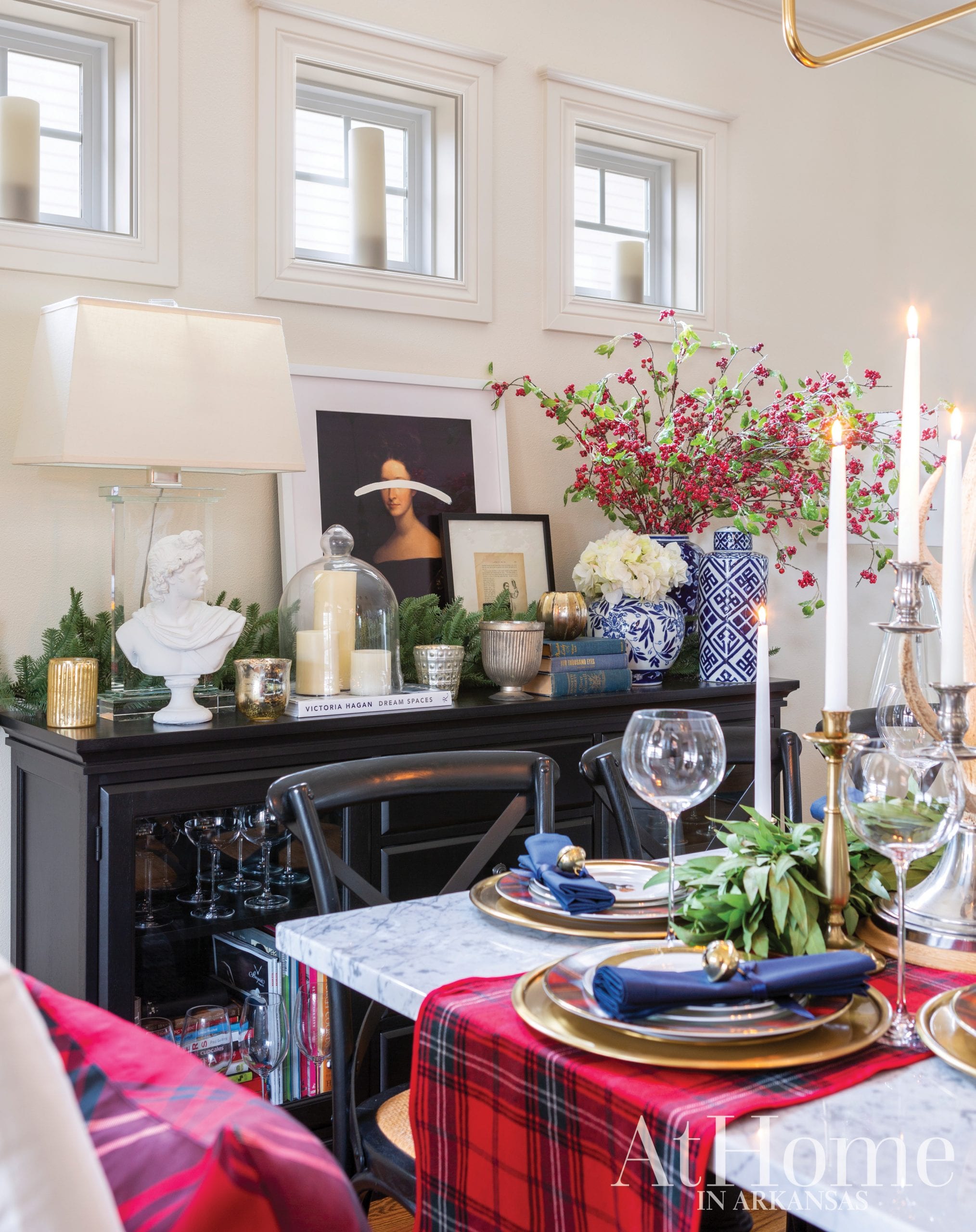 Dine & Unwind
When it comes to holiday decorating, Jonathan likes to start with his existing pieces as a base layer and then work in festive accessories such as the tartan table runner, greenery, and stag’s horn candelabras shown in the dining room. 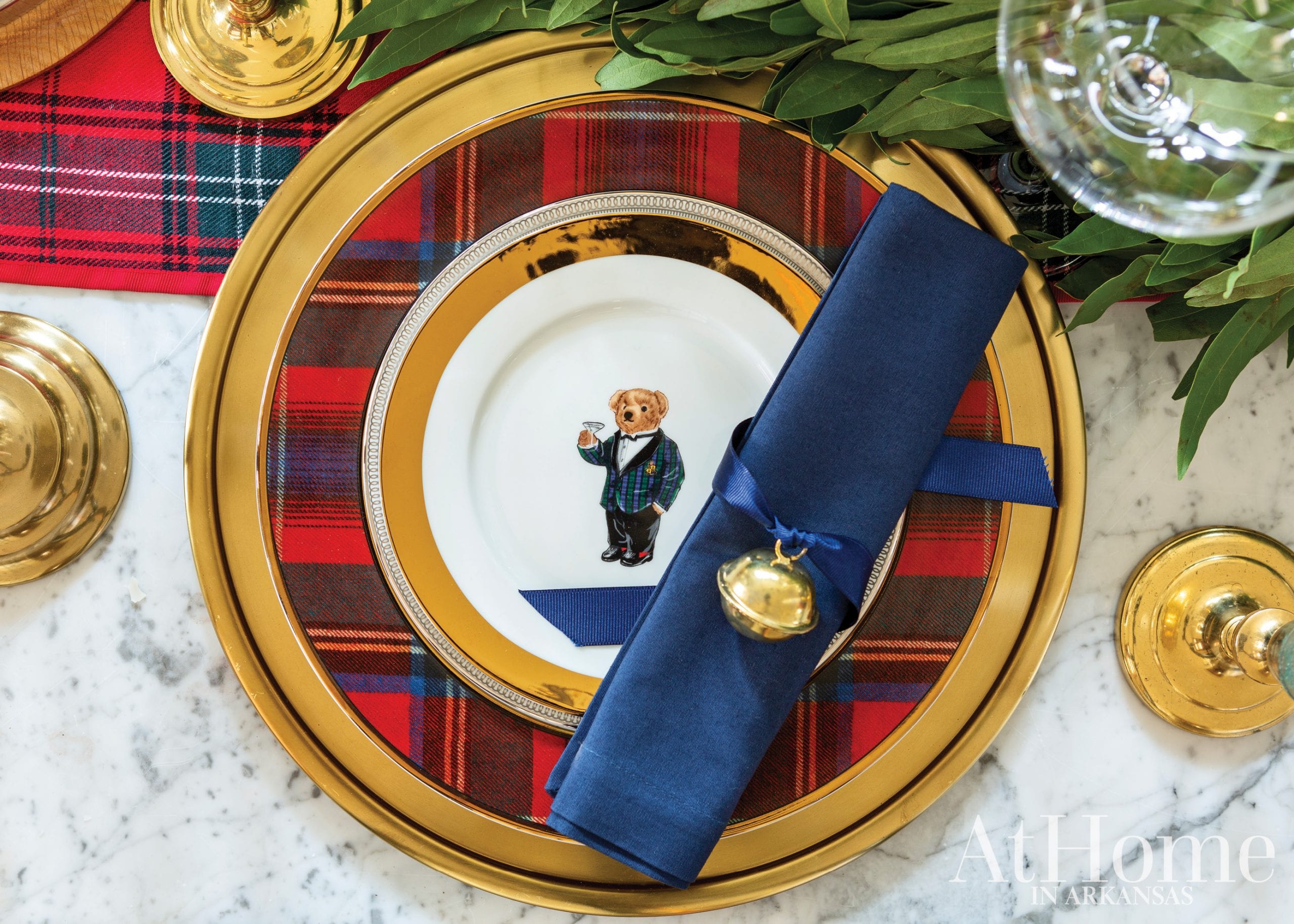 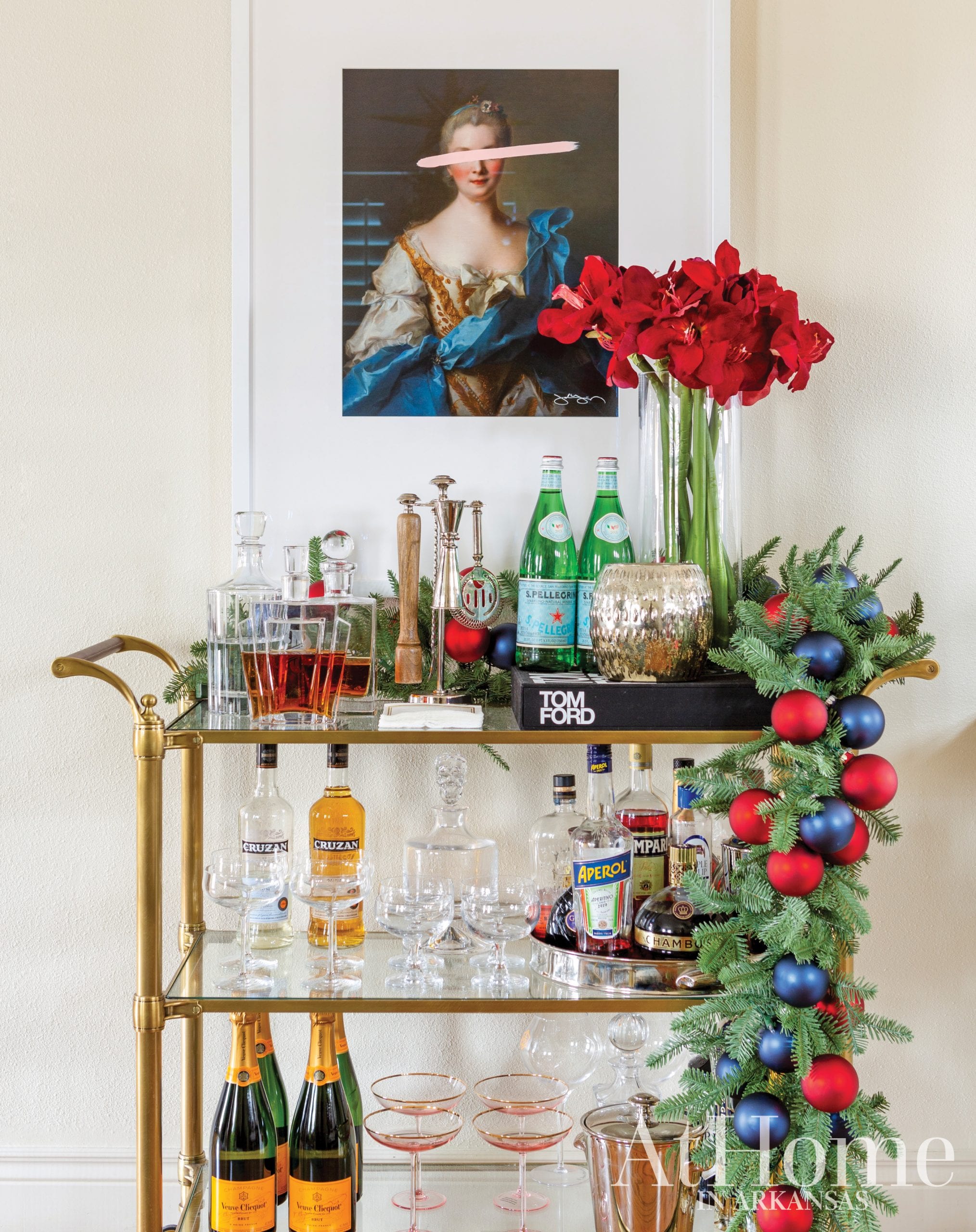 Art of the Bar
A bar cart stocked with party favorites sits below a framed piece by artist Josh Young. “These portraits are the perfect encapsulation of taking something so traditional and adding a contemporary conversation starter,” Jonathan says. 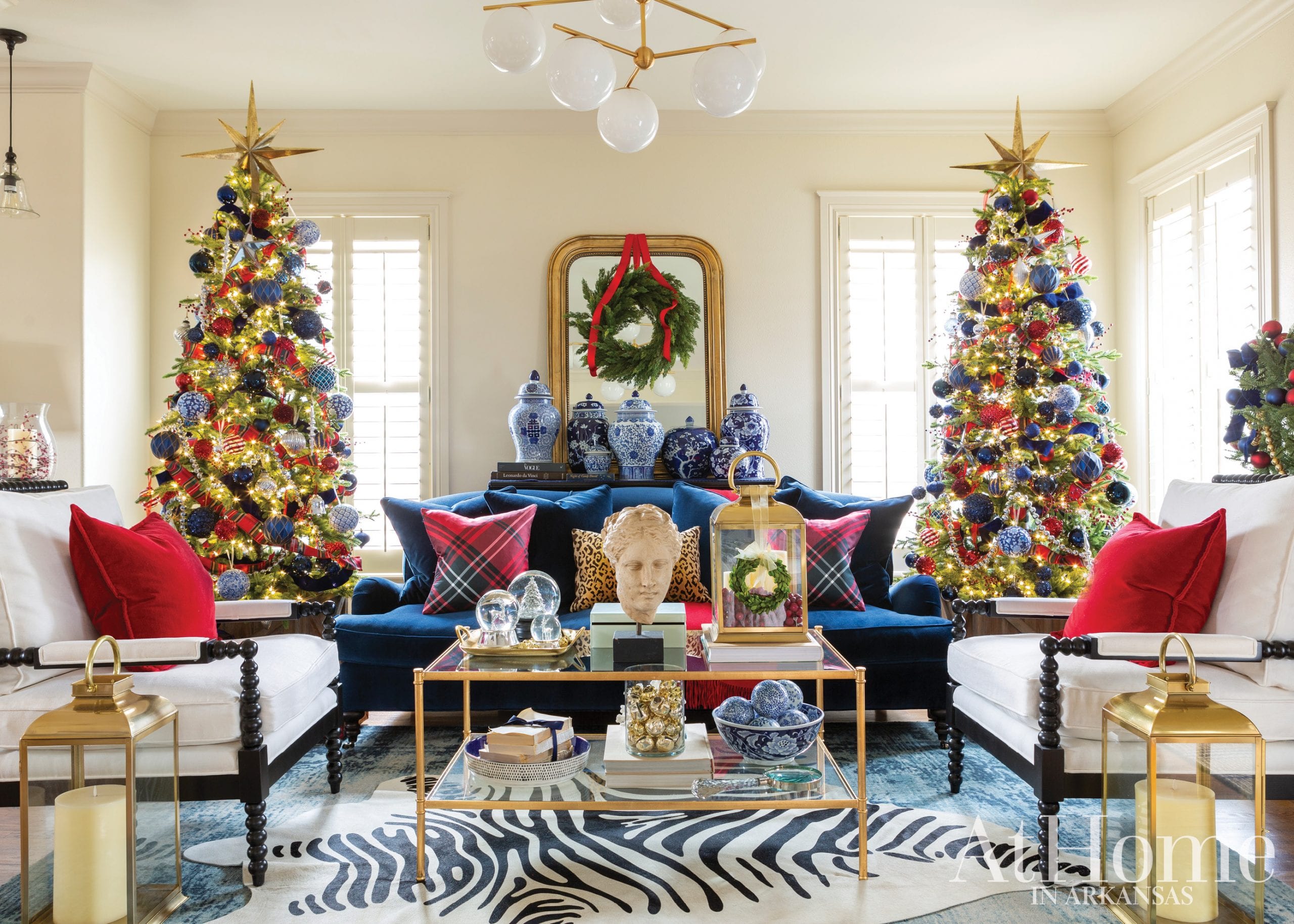 Create Balance
“Symmetry is king in this room,” Jonathan says of the living room’s layout. Prior to last year, he had gone with one tree; however, after updating a few furniture pieces and their arrangement, he added a second to balance the décor. The room’s everyday blue-and-white palette is accented with red for the season while the zebra rug and mix of accent pillows speak to Jonathan’s love of layering to create a robust design. 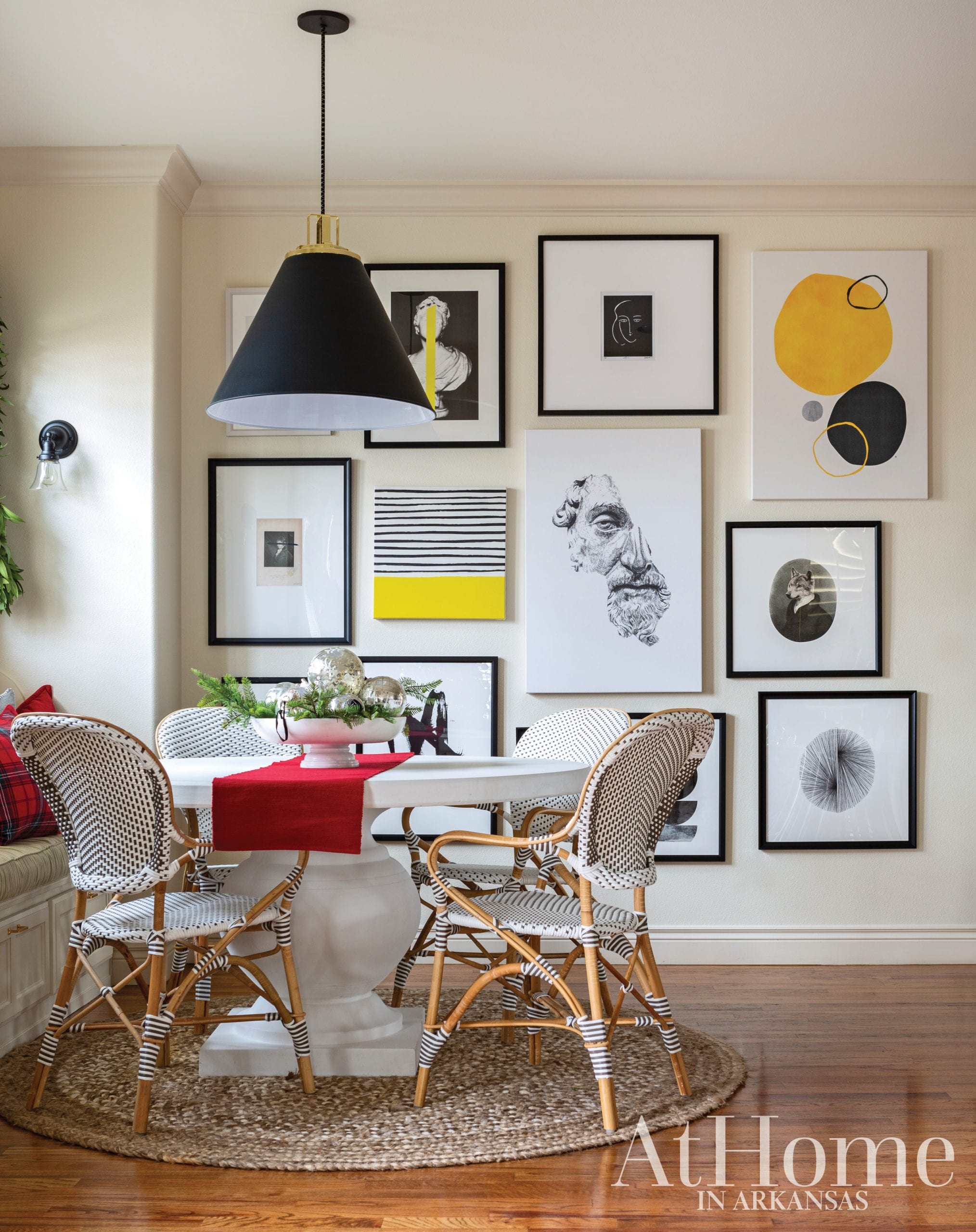 Go Organic
A built-in banquette, pedestal table, and French bistro chairs comprise the breakfast nook. Jonathan saw the opportunity for a gallery of works on the adjacent blank wall. “I’m a sucker for a gallery wall, and I love a grid but I wanted organic, randomly placed pieces here,” he says. Using a combination of new and found art he also introduced a hint of yellow. 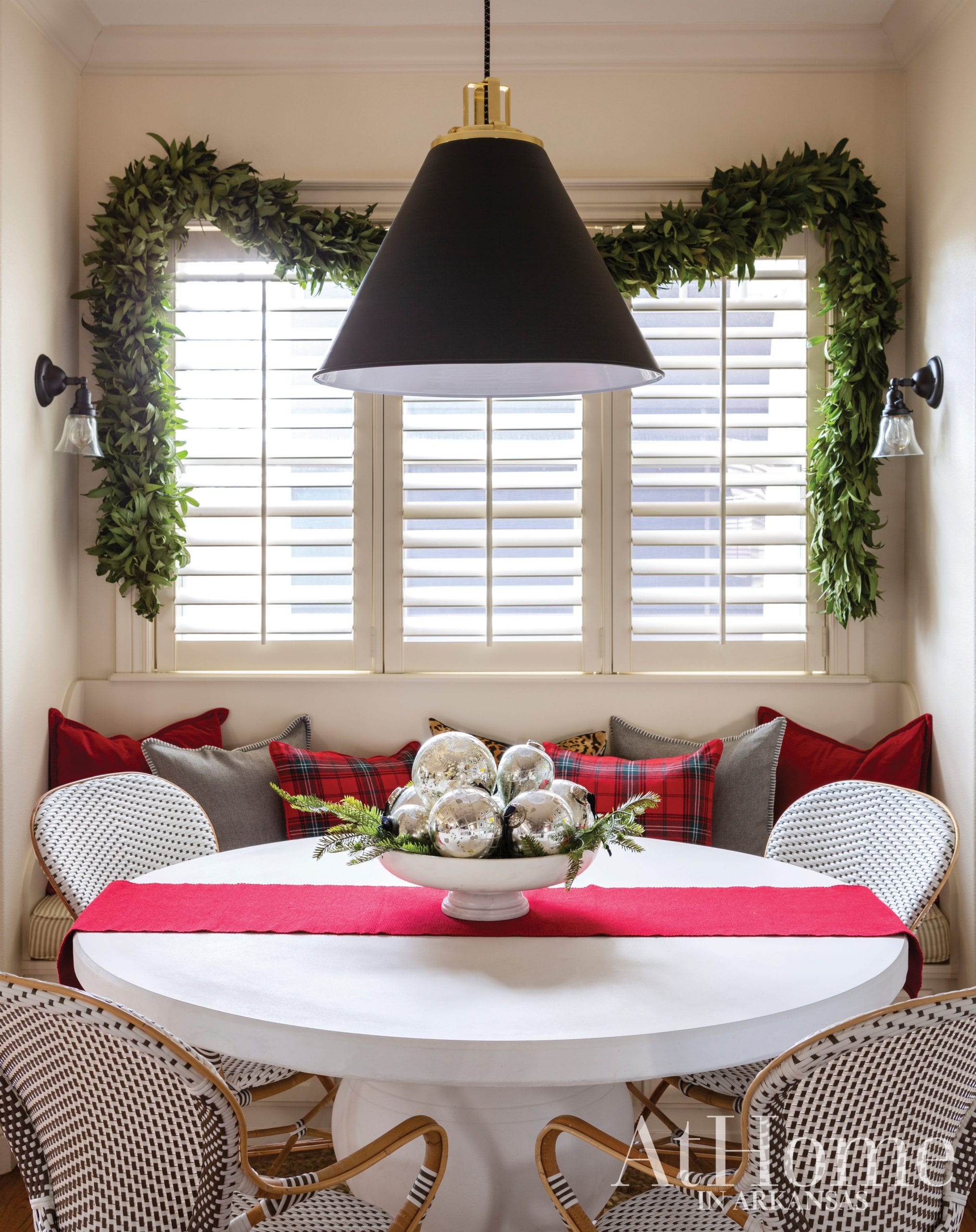 I like for my house to be rooted in the traditional themes of the season but still have a transitional feel overall.” —Jonathan Stiers 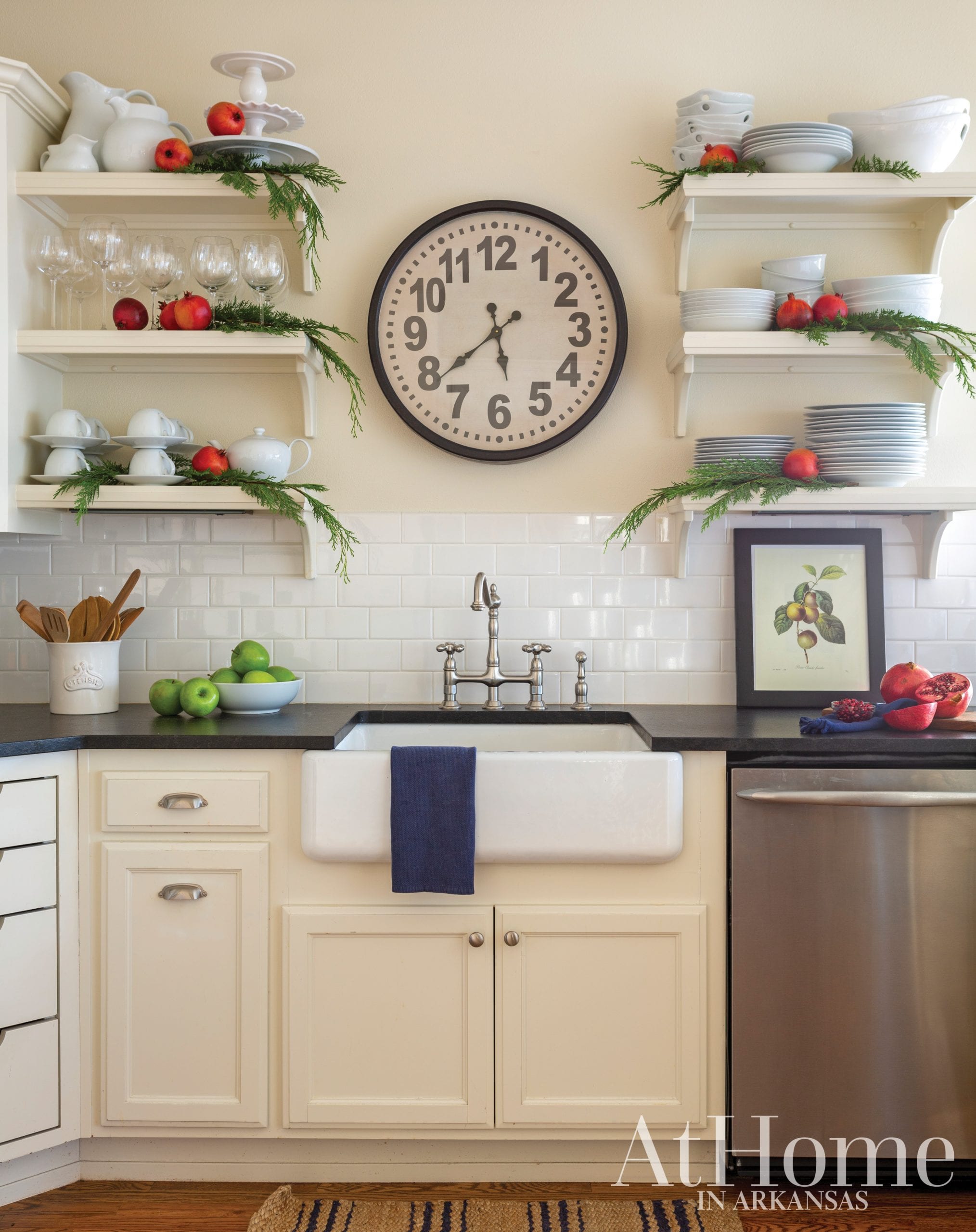 Lighten Your Look
“The kitchen was brown-on-brown-on-brown before I remodeled it about five years ago,” Jonathan says. He removed some upper cabinetry to make way for open shelving and added a farmhouse sink that contrasts with the honed black granite countertops. Pomegranates and fresh greenery carry the holiday feel into the utilitarian space. 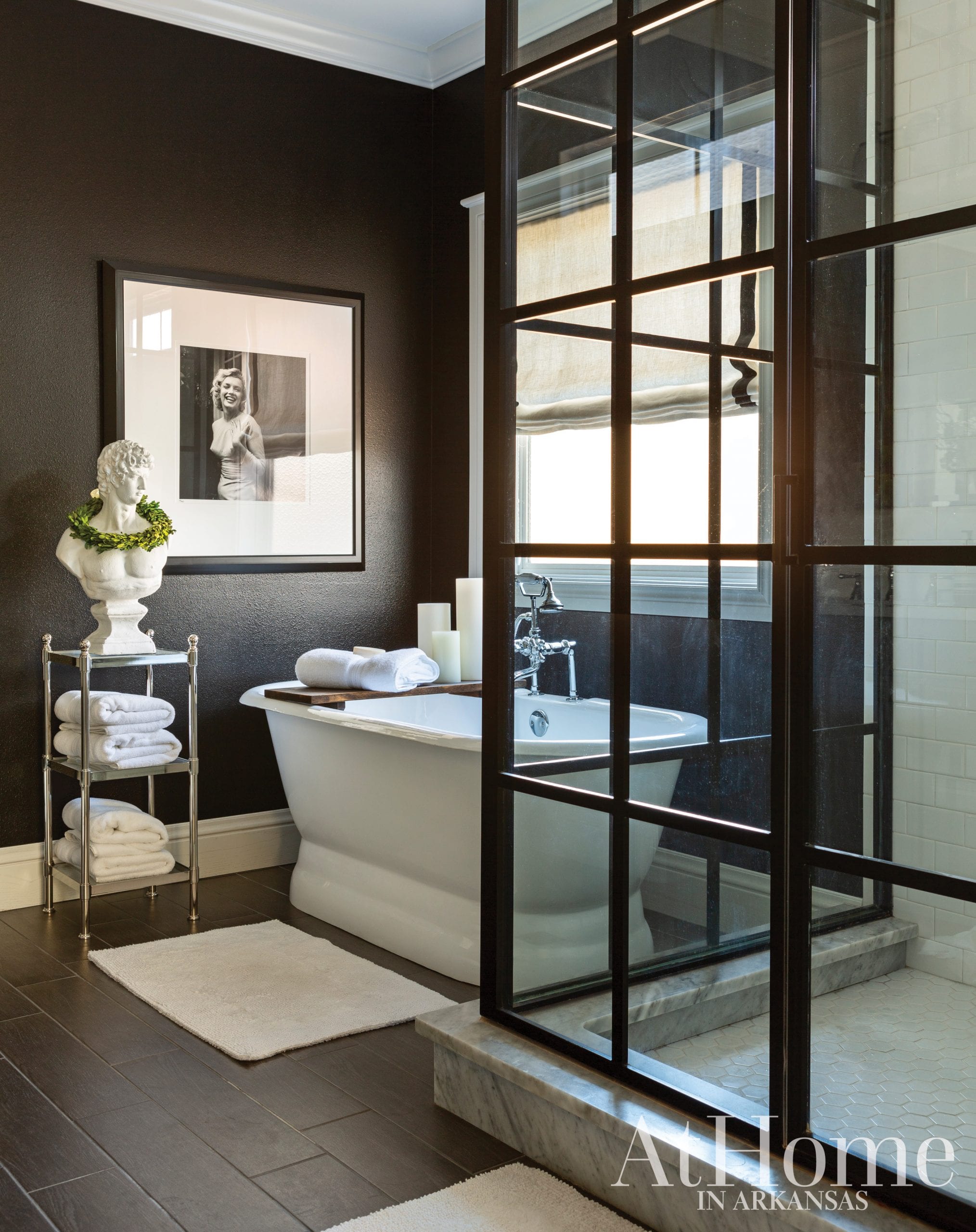 Go for Glamour
In 2015, Jonathan made the decision to gut the master bath in favor of a new design with a freestanding tub and steel-framed shower. “This room is like stepping into a glamorous black-and-white movie,” he says of the look, which was inspired by the framed photograph of Marilyn Monroe from a London gallery. “I love this picture of her because it’s not a cliché; it’s one I’d never seen before,” he says. 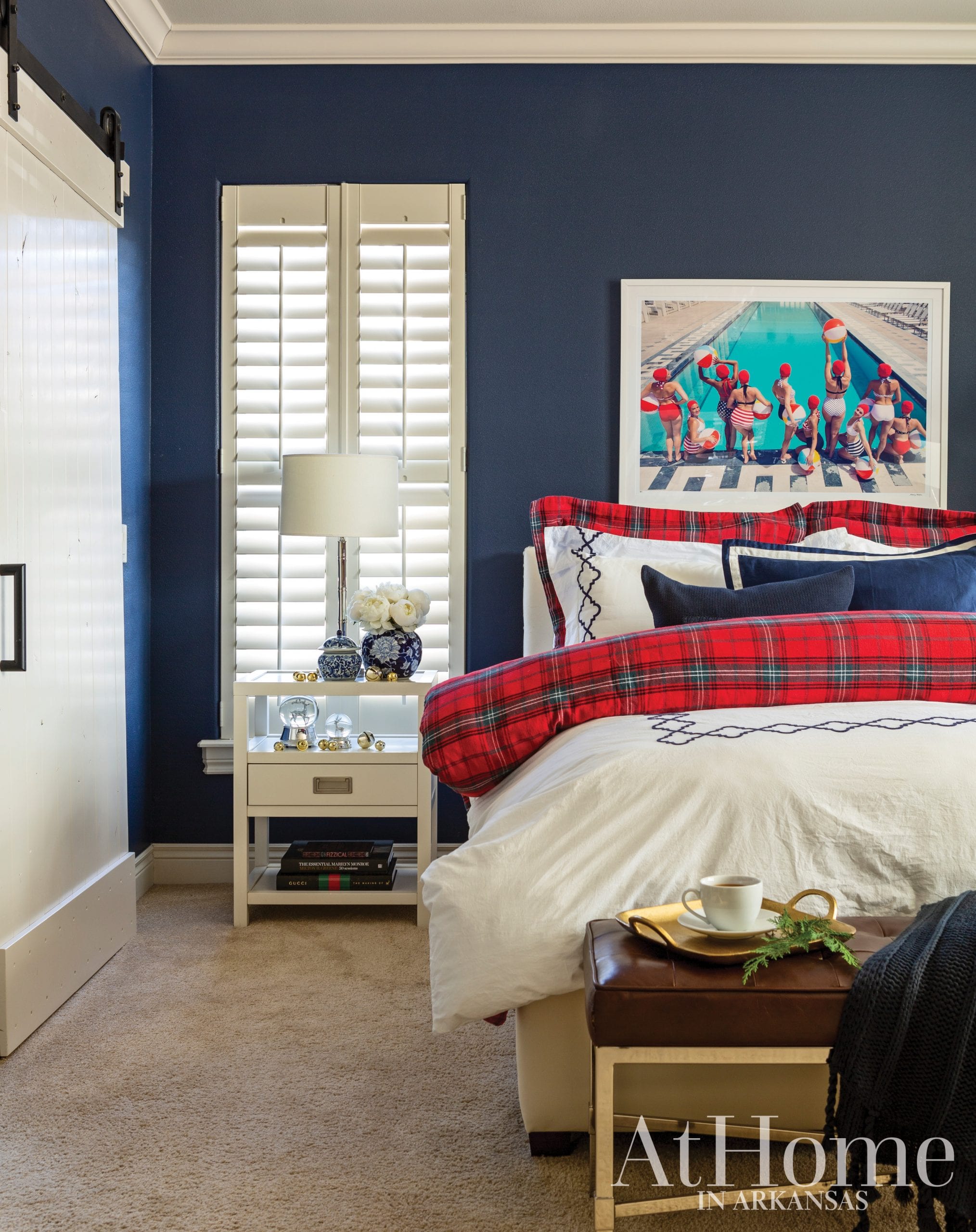 Stay True to Form
The blue and white seen throughout the home carries over to the master bedroom. A Gray Malin photograph hangs over the bed as a nod to Jonathan’s love of vintage 1950s and ’60s style. Tartan bedding and a collection of snowglobes are festive accents for the season.