With a storied past and vibrant future, the Spa City of today is a captivating getaway |A Special At Home in Arkansas Promotion 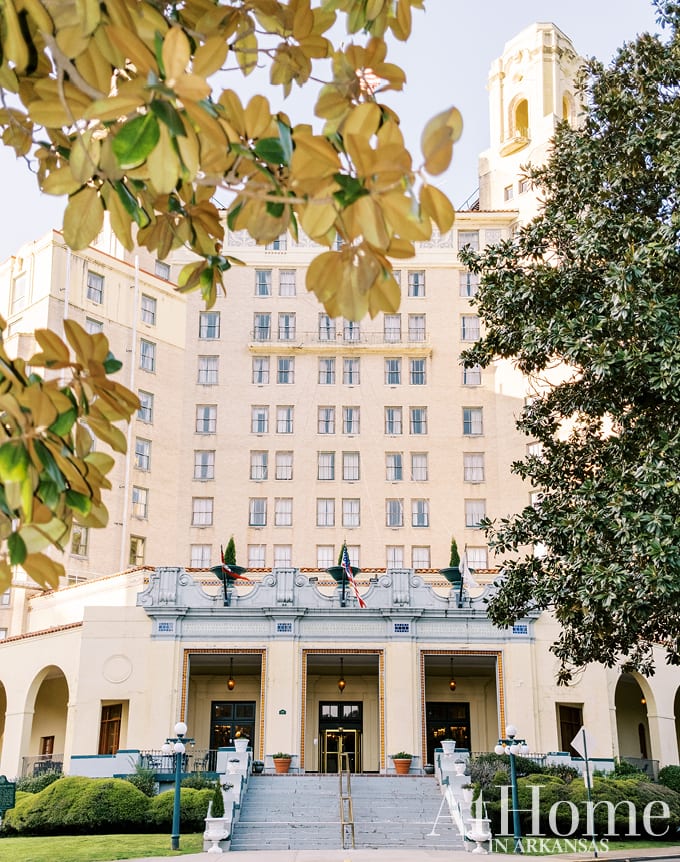 The cast of characters at the core of Hot Springs history is varied and unforgettable. From Babe Ruth and Mickey Rooney to Al Capone, the city has played host to a veritable who’s who of sports, entertainment, and organized crime over the years, giving the region an indelible mythos that remains even today. In fact, it was the looks of disbelief on outsiders’ faces when he described his hometown that inspired native David Hill to pen a book titled The Vapors: A Southern Family, the New York Mob, and the Rise and Fall of Hot Springs, America’s Forgotten Capital of Vice. “What made Hot Springs unique in the middle of the century was that people had moved from all over the world, so it was really diverse in a way a lot of the South wasn’t,” he says. “It was a bit of a hodge podge; a small town with a big-city mentality.”

Like most teenagers, David took the history of his hometown for granted and set his sights out of state after high school graduation. He attended college in Texas and spent years traveling the country as a union organizer before making New York his home base. This distance gave him the perspective he needed to write at length about Hot Springs. However, when it came time to finish a manuscript of The Vapors, a return to his native land was in order. The writer uprooted his life—including his wife and three kids—and headed south to spend a year with his subject. David describes what it felt like to pass landmarks such as The Vapors, The Arlington, and the Southern Club (now home to a wax museum), all of which feature heavily in his account. “I would walk everywhere, and I was walking in the shadows of the people I was writing about,” he says. “It was inspirational in a way I wouldn’t have been able to replicate in New York.”

While David eventually returned to the Empire State, he left with the sense that his hometown had hit its stride. “Today’s Hot Springs is about a lot of things. It’s about nature, it’s about history, it’s about music and art and culture,” he says, pointing to events such as the Valley of the Vapors independent music festival and the annual documentary film festival. “It feels like this well-kept secret. All you have to do is get somebody there and they fall in love with it.” Read on for a few of our favorite ways to discover Hot Springs. 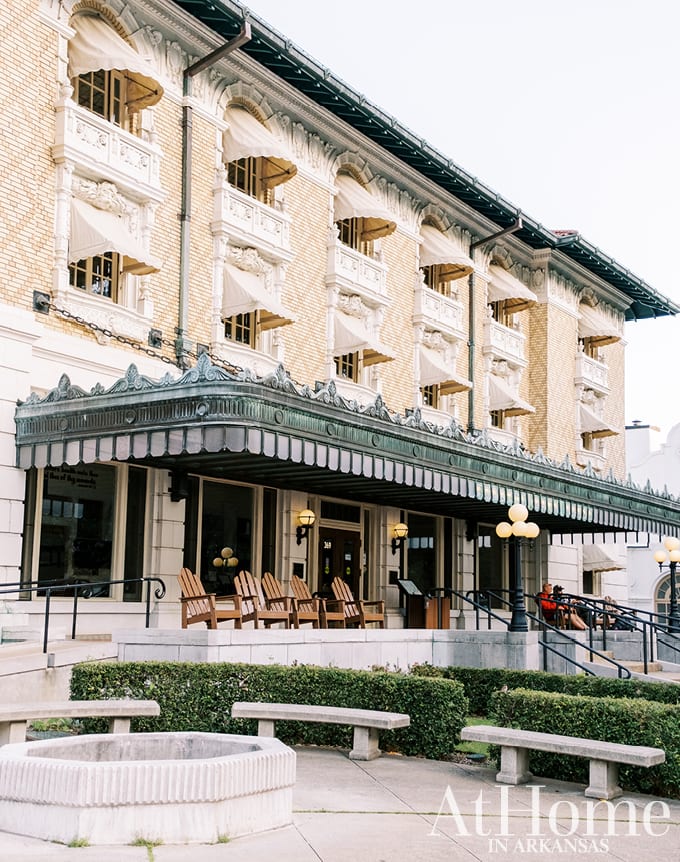 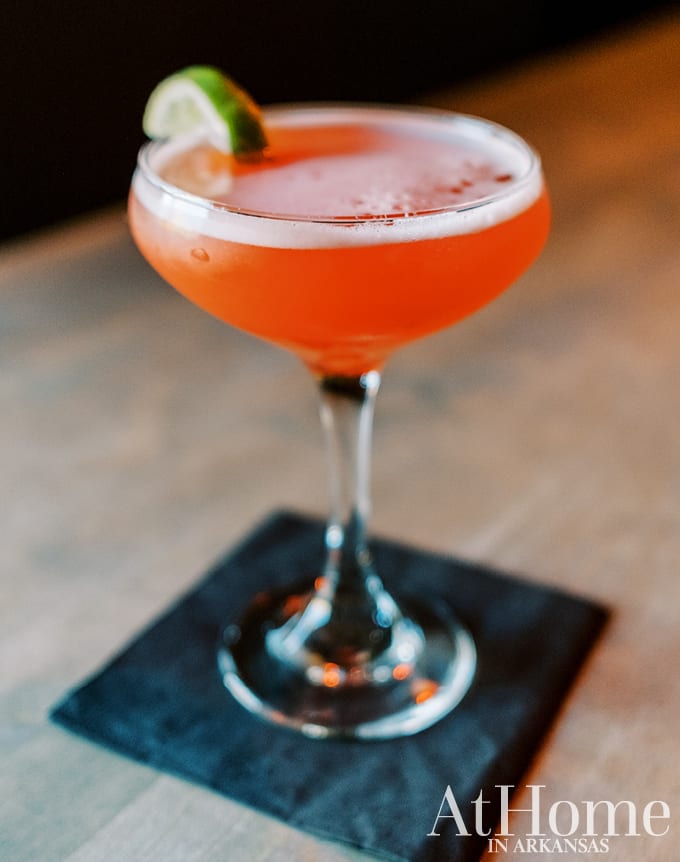 A hand-crafted cocktail at Maxine’s, located on the corner of Central and Prospect. 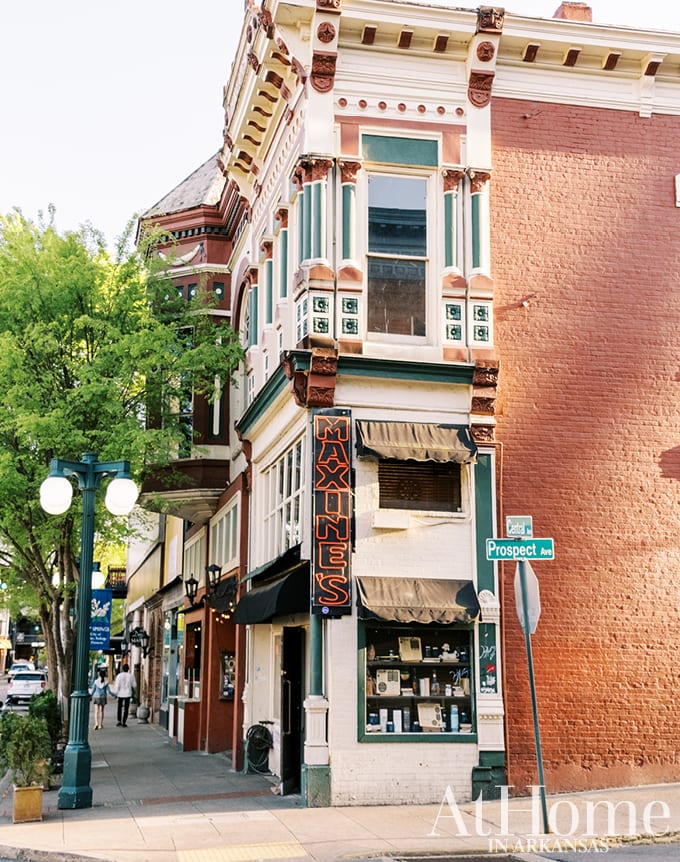 SHOP
If your home could use a style refresh, head to these Hot Springs staples for décor and design assistance: At Arkansas Furniture (arkansasfurniture.com), multiple showrooms have furnishings, lighting, and accessories for every room of the house. The helpful team at Statements for the Home (statementsforthehome.com) can specify everything from the perfect window treatments to flooring, fabrics, and art to complete your space; shop their showroom for gifts and accessories, too. Finally, there’s a reason Sandy Sutton’s Design Center (sandysuttonsdesigns.com) has a reputation for some of the finest interiors in Spa City. Call on Sandy whether your house is on the water or in town. 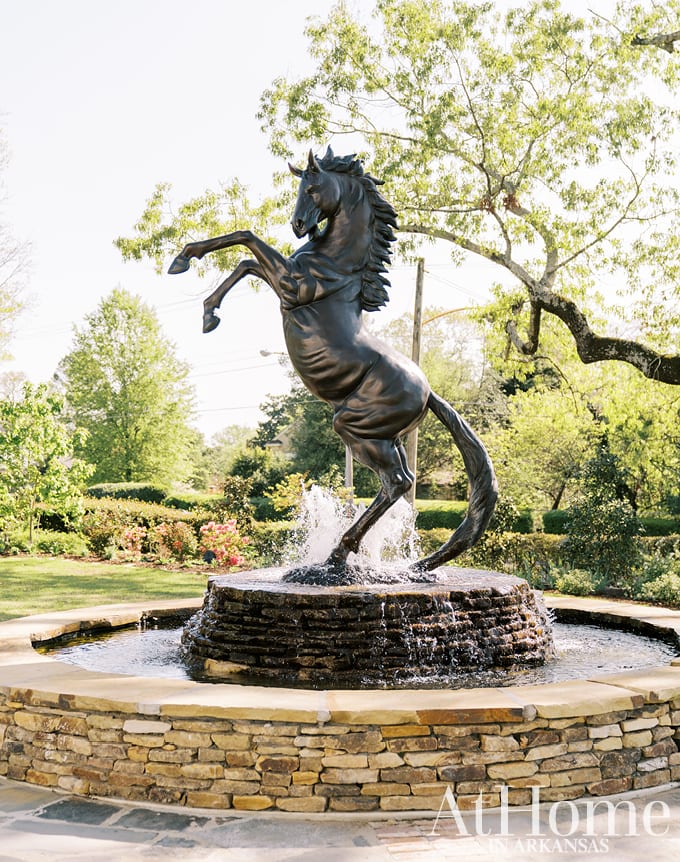 The fountain at the entrance to The Reserve at Hot Springs pays homage to the area’s long tradition of horse racing. 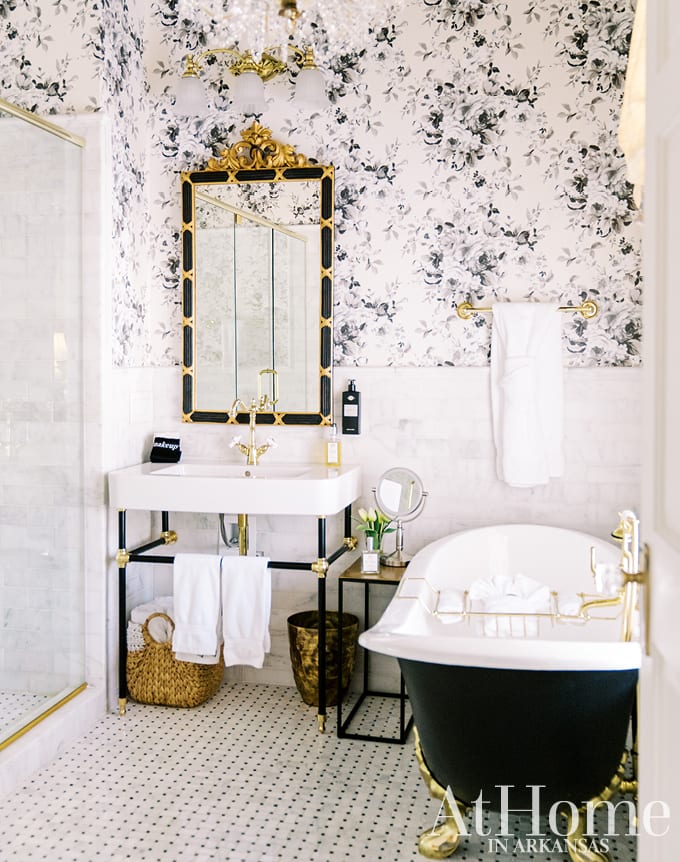 STAY
While horse racing has drawn visitors to Hot Springs for decades, the hotel at Oaklawn Racing Casino Resort (oaklawn.com) is a relatively newer favorite. Book one of its comfortable, modern suites and enjoy the convenience of Oaklawn’s casino, spa, and restaurants just steps from your room. Nearby, The Reserve at Hot Springs (thereserveathotsprings.com) reimagines the historic W.C. Brown House as luxury accommodations. Reservations include a gourmet, three-course breakfast prepared by executive chef Josh Davis, who trained at Le Cordon Bleu College of Culinary Arts.