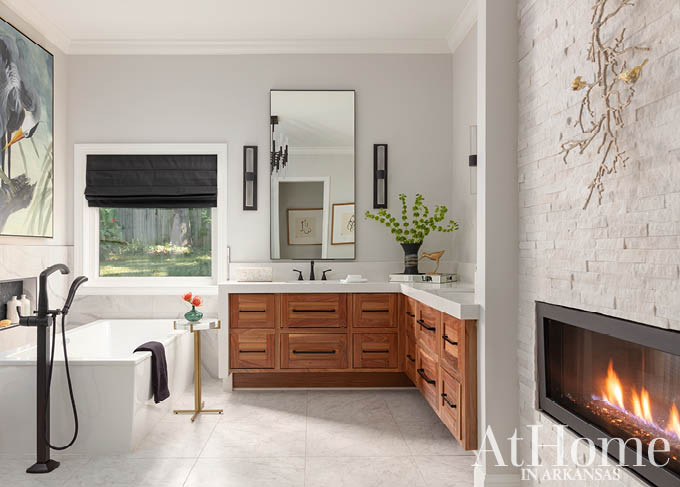 Wanting to update her home’s primary bath, Lisa reached out to Kymberlyn and Jessica to see if they could create a similar look in her space, which had remained untouched since she and her husband, John, built the house in 1995. “It was kind of like walking into a time capsule,” Lisa says. Drawn to the “clean and calm” aesthetic the duo had given the show house project, Lisa says she “felt very at ease in the bath they created, and I wanted that.” 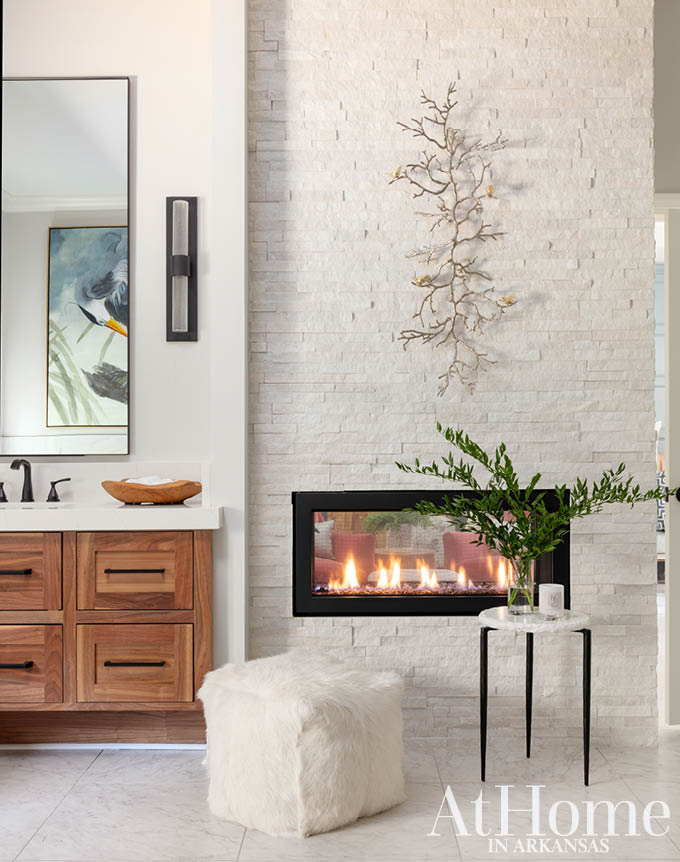 A visit to the couple’s primary bath revealed dated floral wallpaper, carpet underfoot, and glass block windows—hallmarks of the home’s original era. Working in tandem on every aspect of the project, Kymberlyn and Jessica brainstormed ideas and presented the couple with three unique designs. Lisa and John decided on this neutral, grounded look that has hints of sparkle. Keeping the footprint the same, the designers gutted the space, bringing in new walnut cabinetry, a sleek standalone tub, and an updated lighting plan while also revamping the existing double-sided fireplace shared with the primary bedroom. Additionally, a cramped corner shower was reimagined into a square form with sides that extend the full height of the room.

“Initially we were calling it a spa retreat; we wanted to give her a space set apart in her home, so she wouldn’t have to go to a hotel to get that feeling,” Jessica says. However, Kymberlyn notes the design evolved to what they call “modern glam,” pointing to shimmering stacked stone on the fireplace wall and the shower wall tile, which the pair says reminds them of cut agate. In addition, the locally made Jason tub includes LED chromatherapy lights that can change to an array of colors.

“We tried to clean it up and give her a more streamlined look, but also keep it whimsical because they are a fun and adventurous family,” Kymberlyn says. To this point, a bird motif flies subtly throughout the space. “We used birds because the wallpaper we had in the show house project featured them, and Lisa is drawn to birds,” Jessica says, adding that the couple has a bird feeder visible from the bath’s window. The theme also shows up on a silver sculpture mounted over the fireplace.

“Jessica and Kymberlyn made it really easy. I don’t have a creative bone in my body. They heard me, had great communication throughout the process, and transformed our home into our dream,” Lisa says of the end result. 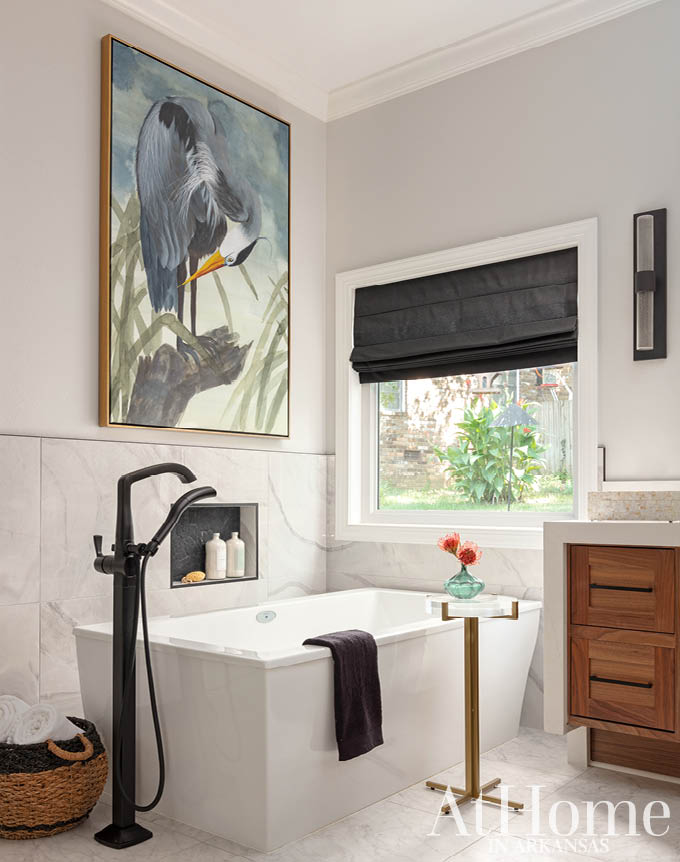 Walnut cabinetry with a waterfall countertop on one end exhibits the design’s marriage of natural and contemporary styles. Glass blocks were traded for a traditional window with a black privacy shade that contrasts with the room’s light backdrop. 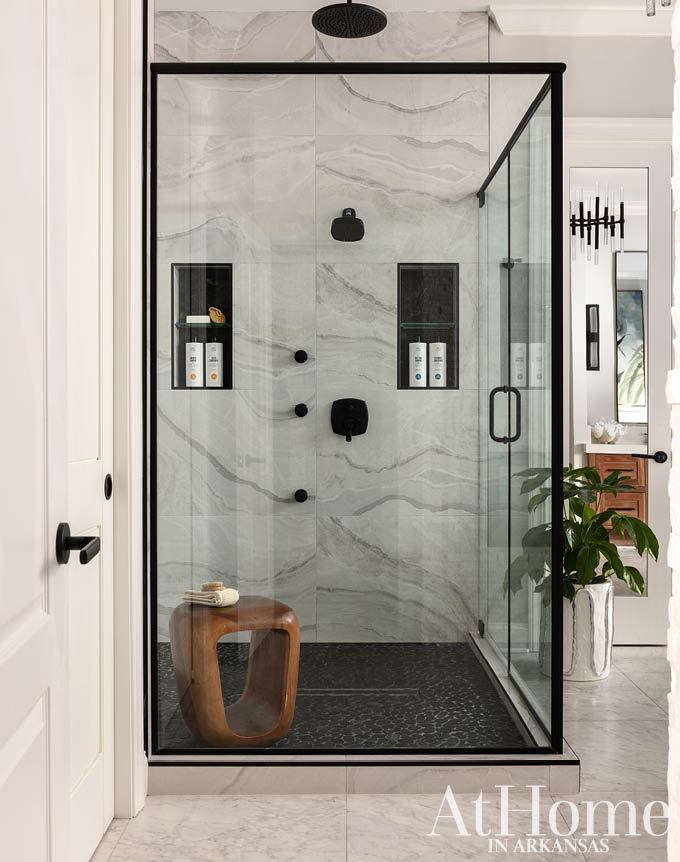 Shower Showcase
The footprint of the shower was widened and dual showerheads and body sprays were added for the ultimate relaxation experience. The pebble rock flooring was an element used in the Symphony Designer House project that inspired the space, while porcelain tiles with thick veining cover the walls.