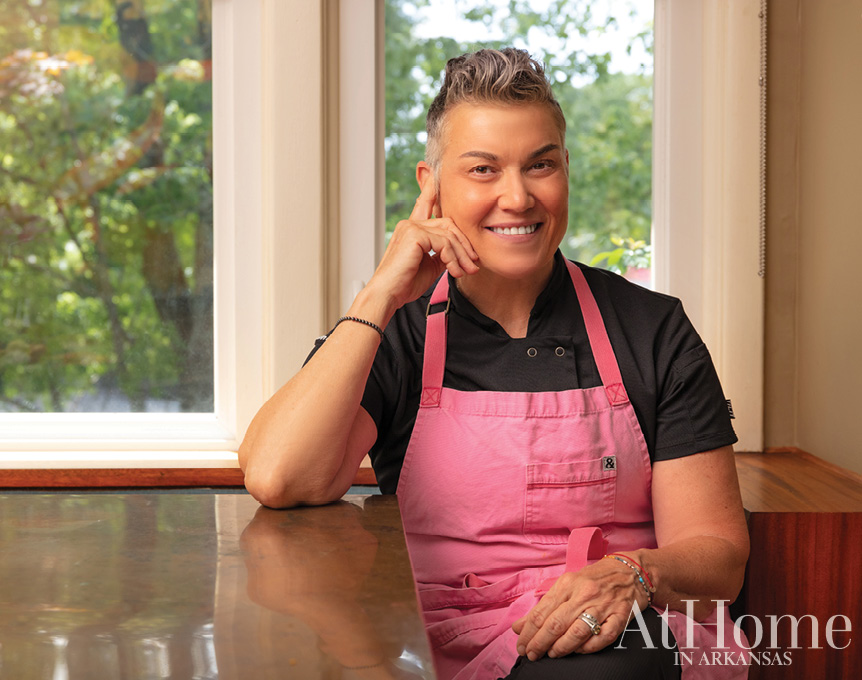 “Change your plate, change your life.” That’s the philosophy behind Alicia Watson’s plant-based meals-to-go business, Vito & Vera. Named after her grandparents, the moniker carries Alicia back to her days of growing up in Chicago around a table that was laden with stories alongside sustenance.

The idea for Vito & Vera came after 20 years in the occupational therapy field, where she found plant-based diets to be improving the health of her clients. This spark led her to culinary school, a place where she learned to make dishes that were as tasty as they were healthy. “You must recreate the taste and texture,” she says of her methods. For example, the mushroom crab cake (seen at right) has the flavor and crispness of its namesake while being completely plant-based. Alicia notes people are often stunned that the dish not only looks beautiful but tastes like the item it was inspired by.

Recently, her culinary skills helped her gain a spot on the Food Network’s “Big Restaurant Bet,” where she competed alongside seven other foodie entrepreneurs—none of whom create exclusively plant-based menus—and came out on top. “It was the first time the Food Network had a plant-based chef who competed and won,” she says. “It showed me there was room to do this.”

Aside from competition-worthy dishes, Alicia is also a big fan of simple steps and swaps to incorporate more plants in our diets. For example, opting for oatmeal with fruit rather than sausage at breakfast or using frozen fruits and veggies to blend a smoothie you can take on the go. “We are not just trying to eat salads. We are culinarians who love food,” Alicia says, adding that plant-based eating is not an all or nothing program. “You make a decision every day. The idea of a perfect person who eats perfectly every day is sabotage. We meet you where you are.” 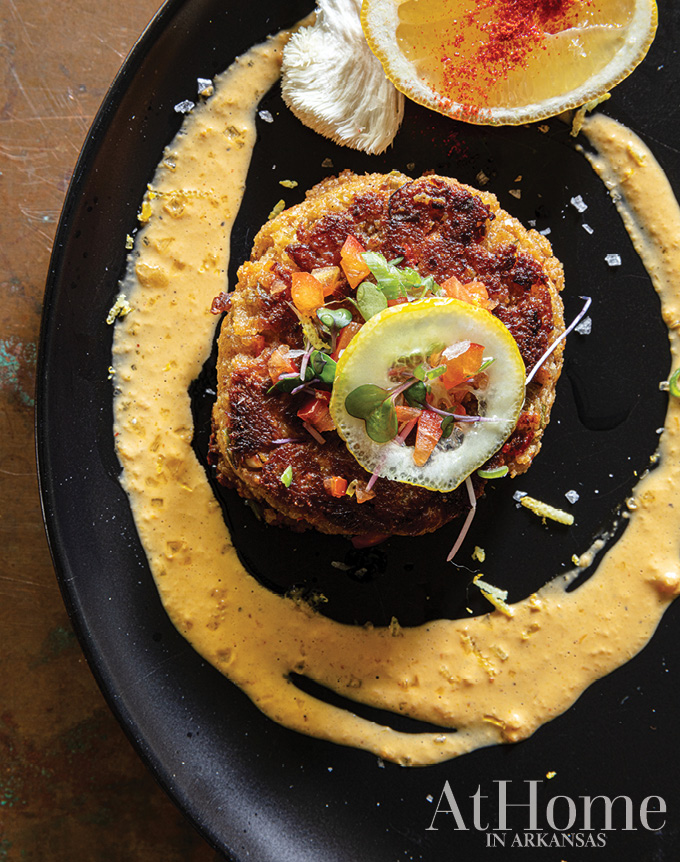 Yields 4 cakes and 4 cups of coulis

To prepare the coulis, roast peppers, then place in a bowl and cover tightly with plastic, allowing to cool for 20 minutes. Separate the outer peel by hand and save only the interior of the pepper. Heat olive oil and shallots in a sauté pan for 5 minutes. Add the peppers and stock and cook for 5 minutes until slightly reduced. Remove from heat and mix in a blender, thinning with stock as needed. Strain. Add salt and pepper to taste. Serve on top or side of cake. 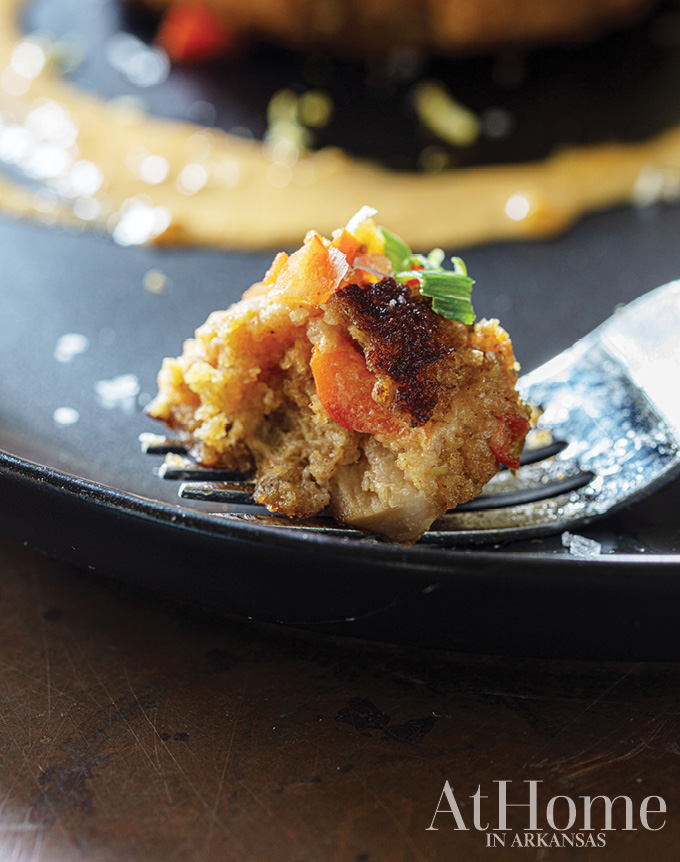 Seasonings such as Old Bay, lemon, and parsley give the mushroom a flavoring reminiscent of an actual crab cake.

Follow along on Instagram (@vitoandvera) and order your own plant-based meals in the Little Rock metro area at vitoandvera.com.