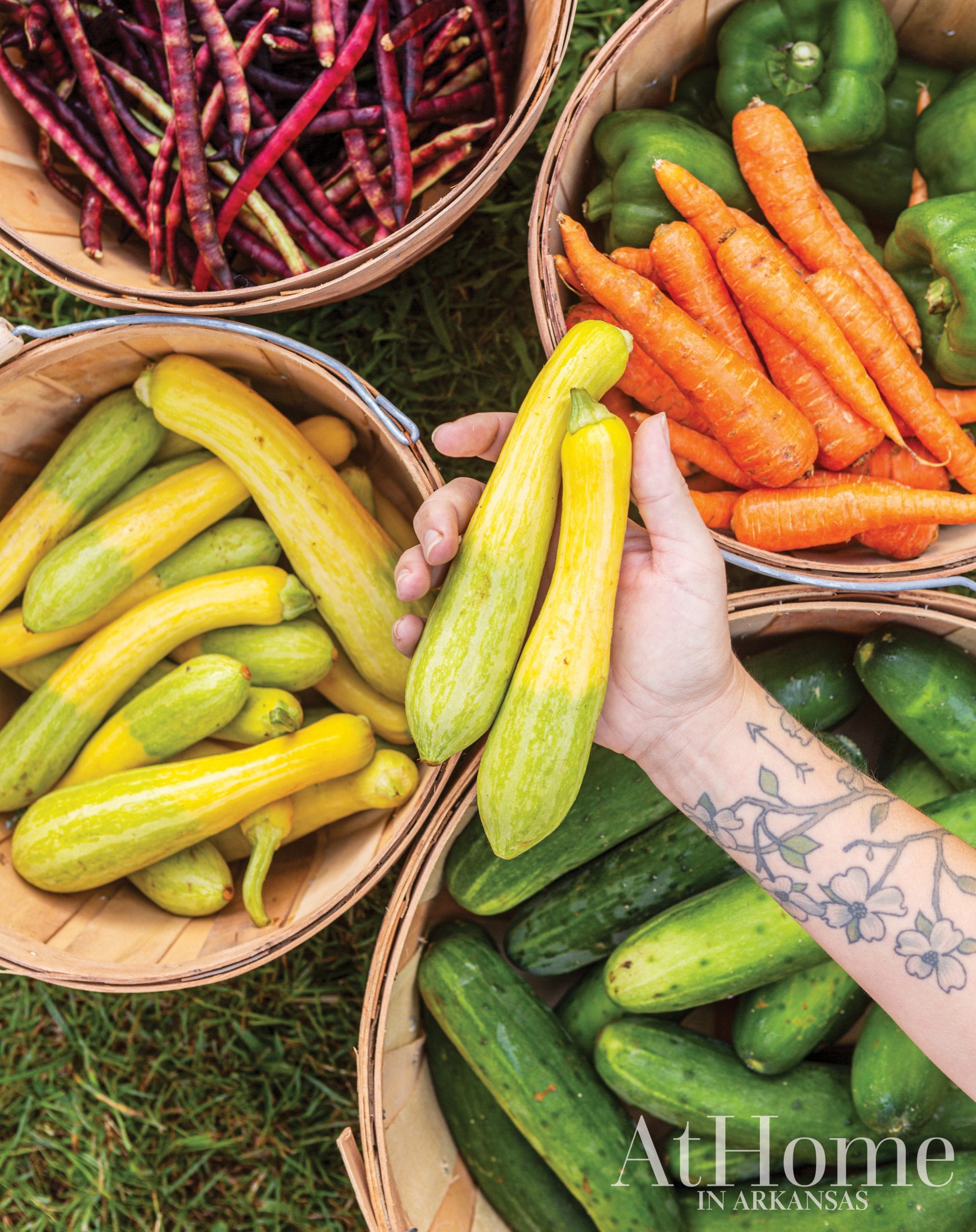 For many, 2020 will be remembered as a year that moved at a slower pace—but not for Kim Doughty-McCannon and Zack McCannon. About a month before the COVID-19 pandemic hit, the Conway couple launched a fundraising campaign to open a locally owned and operated grocery on the same site as their garden, Bell Urban Farm. By mid-March, they were fully funded, and they spent the rest of the year getting the property rezoned and renovating a 1950s farmhouse, all while keeping up with the many goings-on of their farm. “Getting to this point was a long journey,” Kim says. “We had so much community support behind us, which helped a lot.”

The story of Bell Urban Farm begins in 2017 when Kim and Zack first began selling vegetables and flowers at a downtown farmers market. “After a while, we discovered our niche was more in growing flowers,” Kim says, noting there are quite a few vegetable growers in the area, but not many selling flowers for bouquets. A cutting garden of sunflowers, zinnias, gomphrena, marigolds, and purple basil fill the farm’s front bed through the summer and into the fall; then, the two will plant cold-tolerant annuals like tulips, snapdragons, dianthus, coneflowers, and larkspur to bloom in early spring. “Some customers come every week to pick out the perfect bouquet for their house or to give to someone for their birthday. You see how much fresh flowers mean to people,” Kim says.

A couple of years into their work on the farm, the pair had an idea for another niche to fill: a place in Conway where local food is accessible all year. “The farmers markets are only open during the summer and, even then, just one day a week. We have so many small-scale farmers who have products to sell year-round. We were like, How can we partner with these small producers to stock our shelves?” Kim says. She and Zack set out to create a local market with the convenience of a grocery store—and, with a vacant farmhouse standing on their property, they had the perfect location. They decided to crowd-source the funding for the building’s extensive renovations. “We ended the Kickstarter campaign a week or two into COVID, so I was concerned it was going to affect our fundraising, but actually I think it helped,” Kim says. “Everyone was stuck at home and starting to question the local food system and supply chain. People were able to see what an asset a local grocery would be to the community.” In November 2020, the McCannons celebrated the grand opening of The Farmstand, which is now open seven days a week and offers produce, dairy, snacks, spices, teas, and—of course—bunches and bunches of flowers. 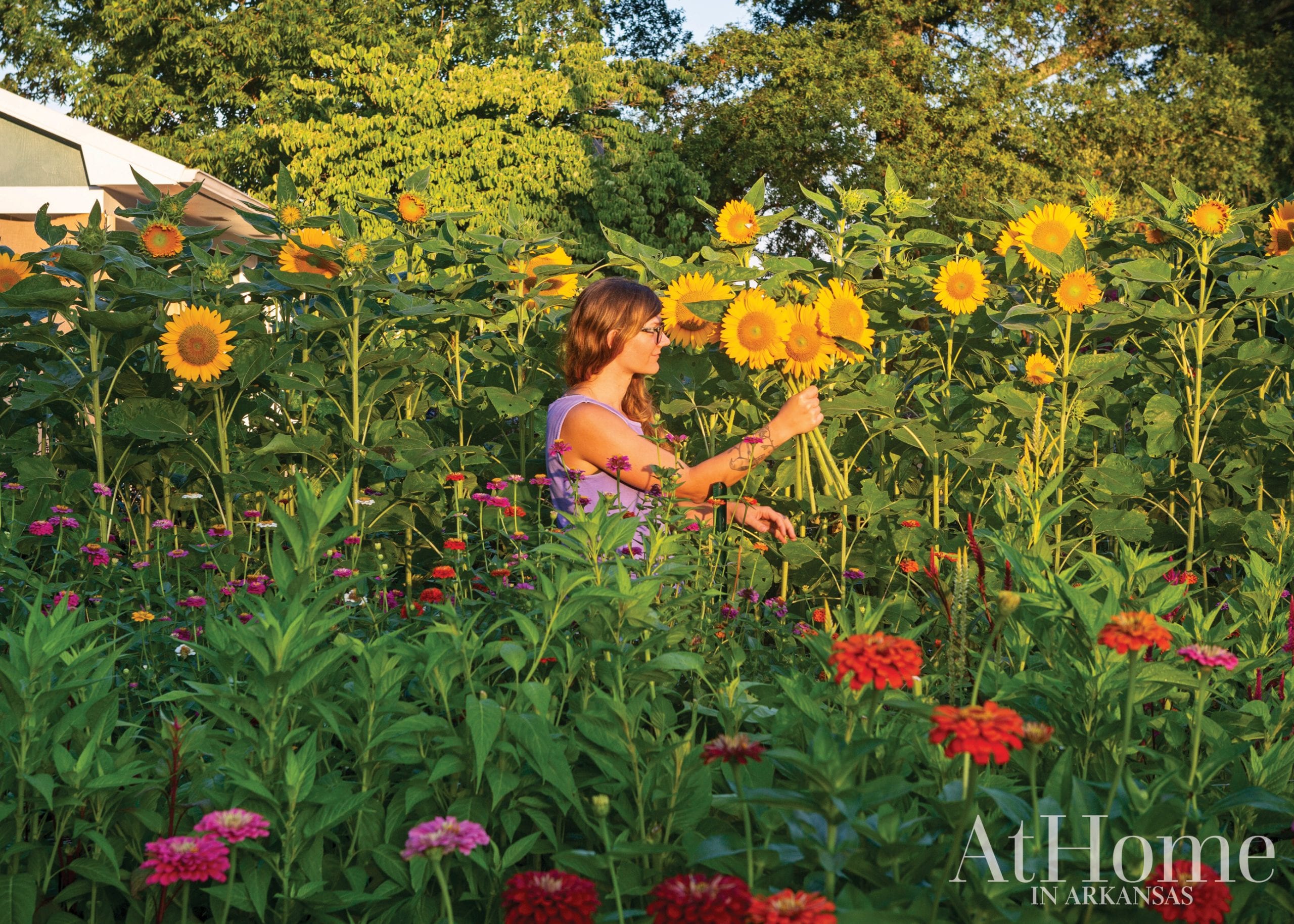 Kim harvests sunflowers in late summer to sell at The Farmstand. 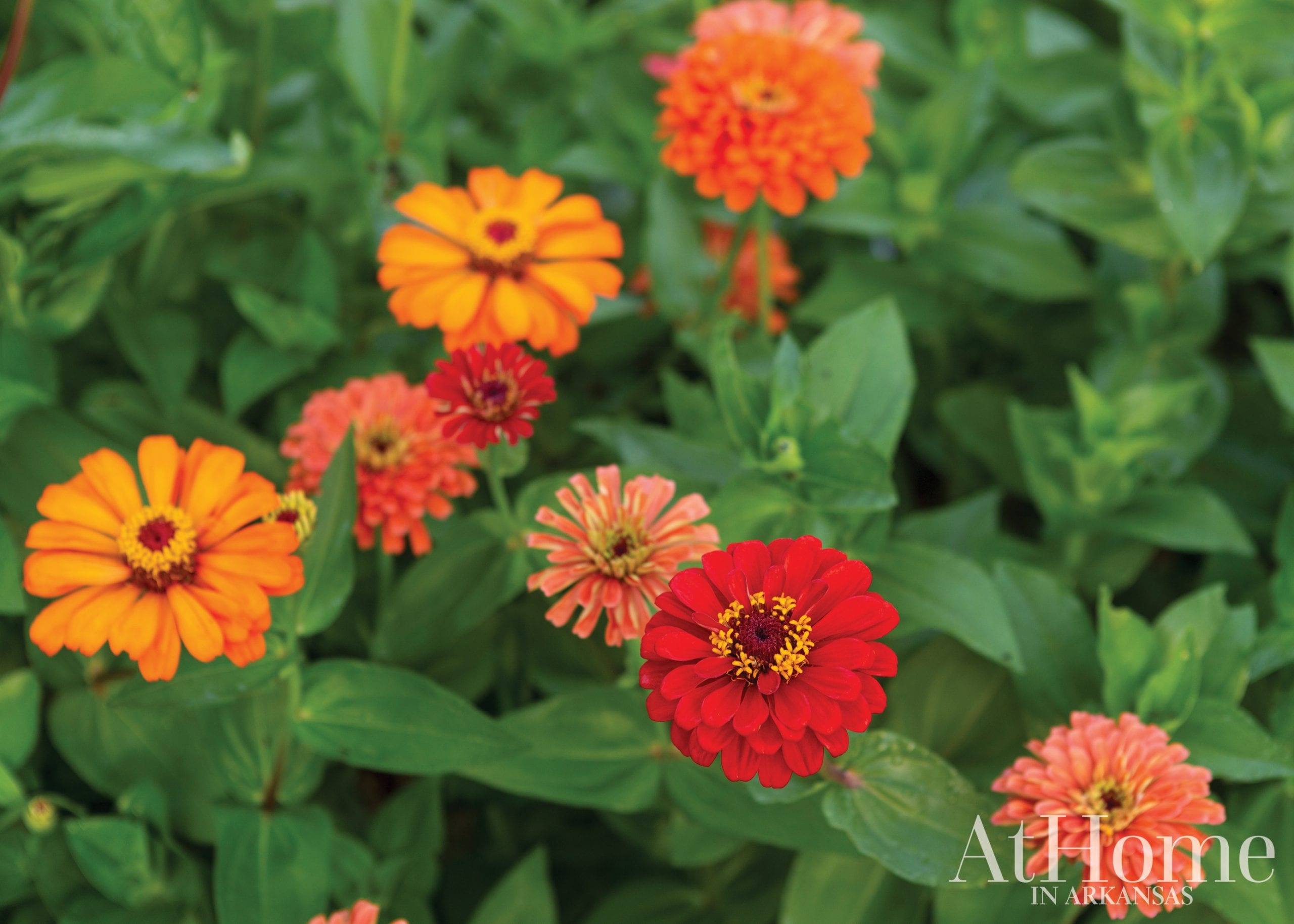 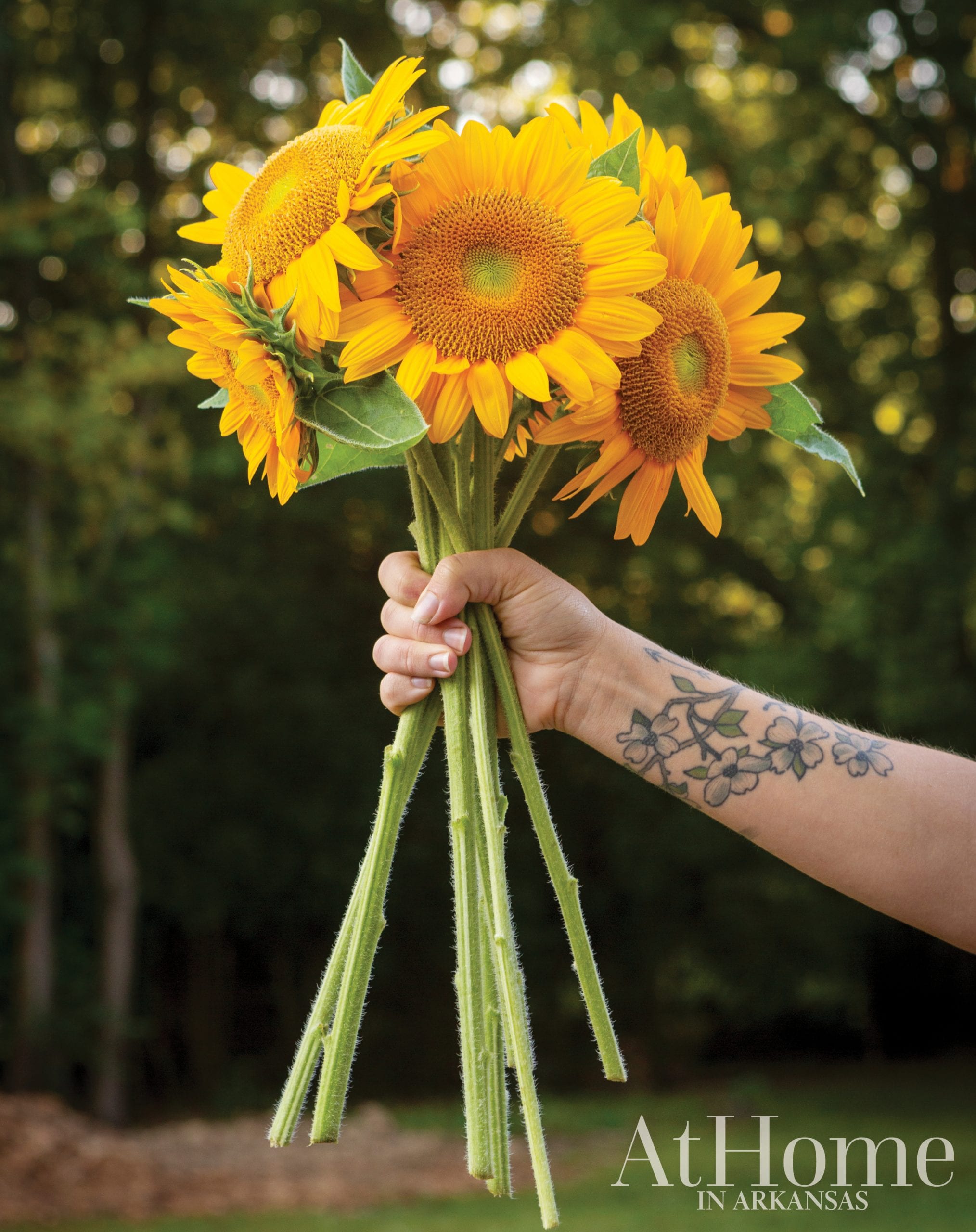 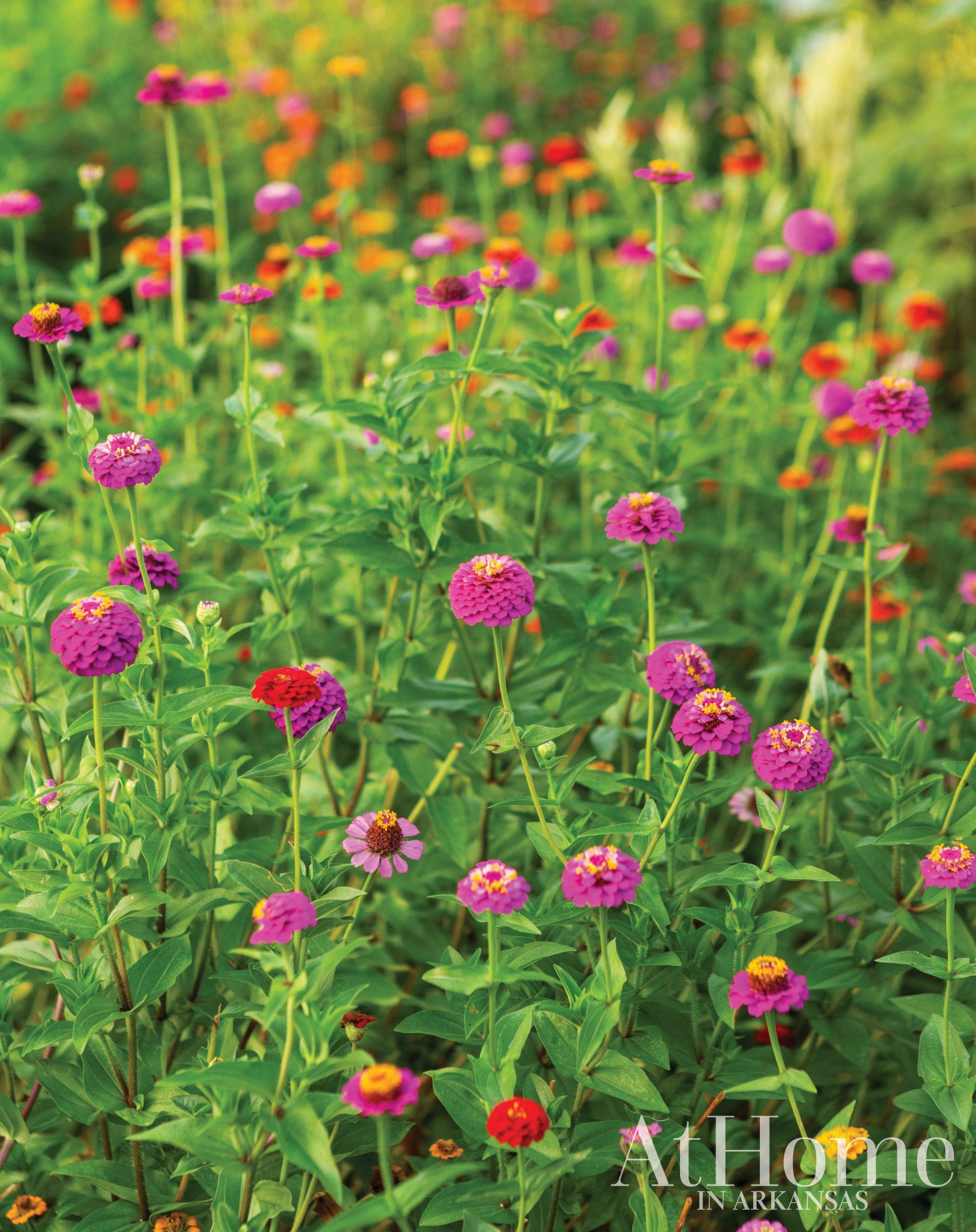 Flower Power
Cut flower production is still a large part of Bell Urban Farm’s mission and business. The bed in front of The Farmstand goes through a cycle of at least six crop rotations per year. “We keep spreadsheets of what was planted where, and we try not to plant the same thing in the same row year after year, since certain flowers take up certain nutrients,” Kim says. 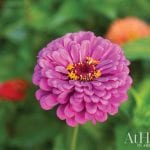 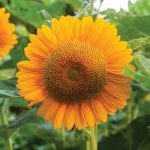 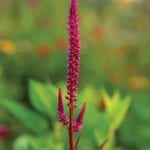 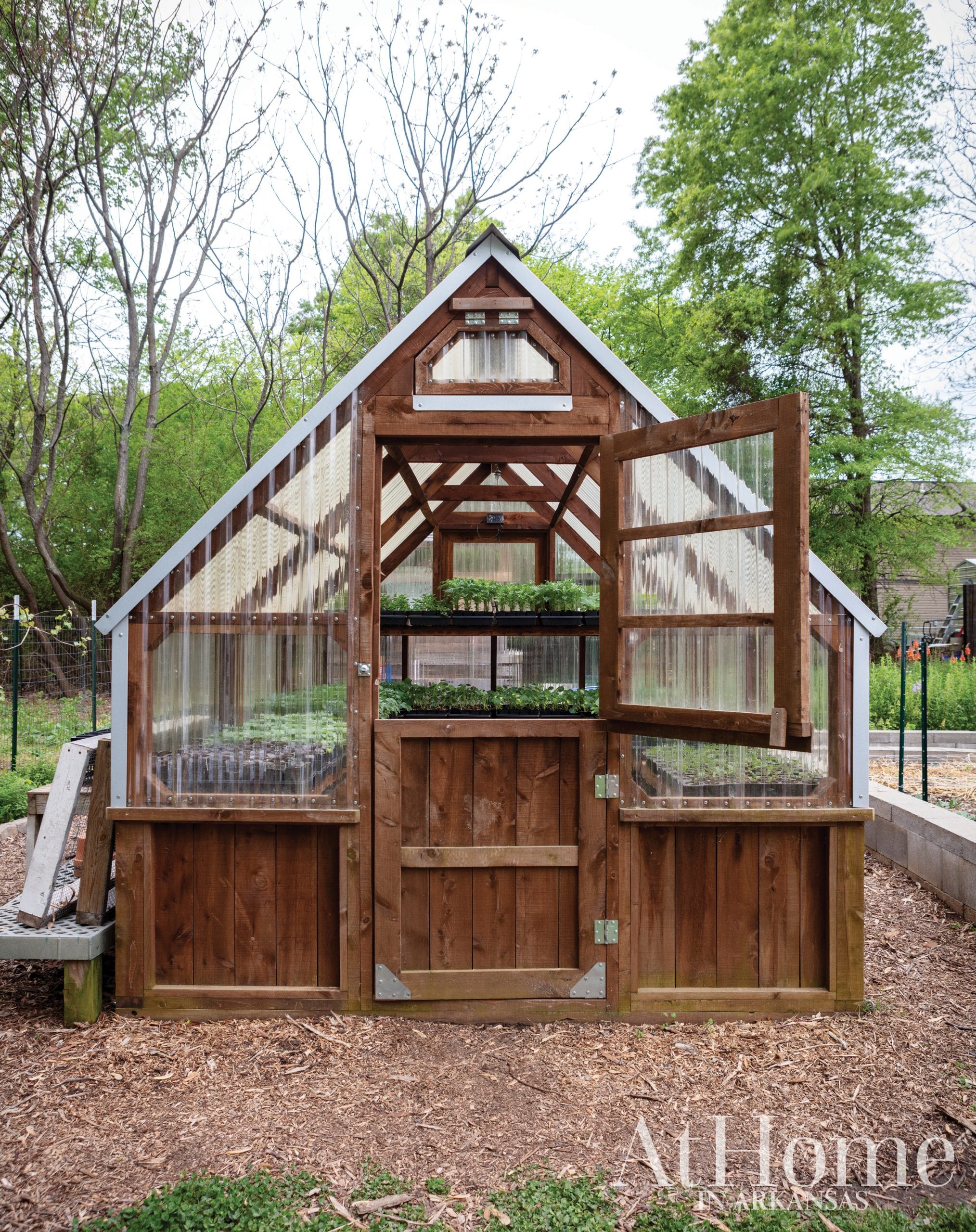 Winter Work
Behind The Farmstand is a continuation of the garden and a greenhouse from Arkansas company Yoderbilt. Here, Kim and Zack nurture many of their plants from seed. Their biggest event of the year is a plant sale in April, at which Bell Urban Farm sells hundreds of plants started from seed in the preceding winter months. “There’s a heater going in there, all the plants are on heating mats, and we’re constantly checking temperatures. There’s a lot of time and care that goes into getting them ready,” Kim says. 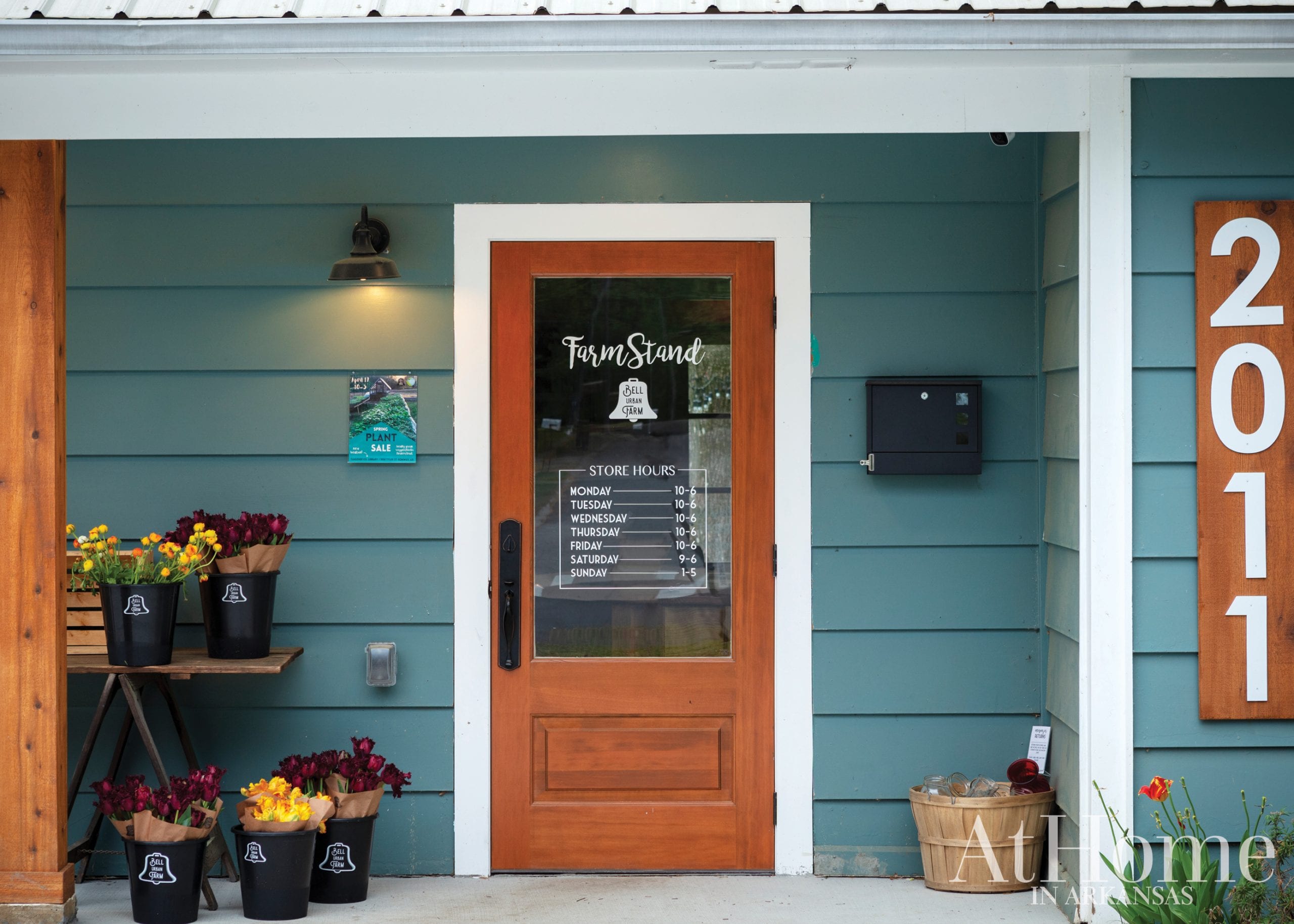 Bell Urban Farm and The Farmstand are located at 2011 Tyler Street in Conway.

Learn more about Bell Urban Farm and The Farmstand at bellurbanfarm.com. Follow along on social media (@bellurbanfarm) for information on upcoming events.