When architect Chip Chambers and his wife Susan designed a second home on Bella Vista’s Lake Windsor, they envisioned a simple yet functional kitchen with an easy-to-use layout. “We knew we wanted it to be open, bright and cheery,” says Chambers. The end result is a breakfast room positioned to take advantage of stunning lake views, and a kitchen that hosts numerous family functions.

Chambers’ philosophy on remodeling or building a kitchen is simple: “You start with something to hang your hat on, one design element you know you must have.” And whether it’s a specific color or must-have appliance, he recommends designing the rest of the room around it. “The most successful kitchens have no more than two to three main elements that keep things harmonious,” he explains. 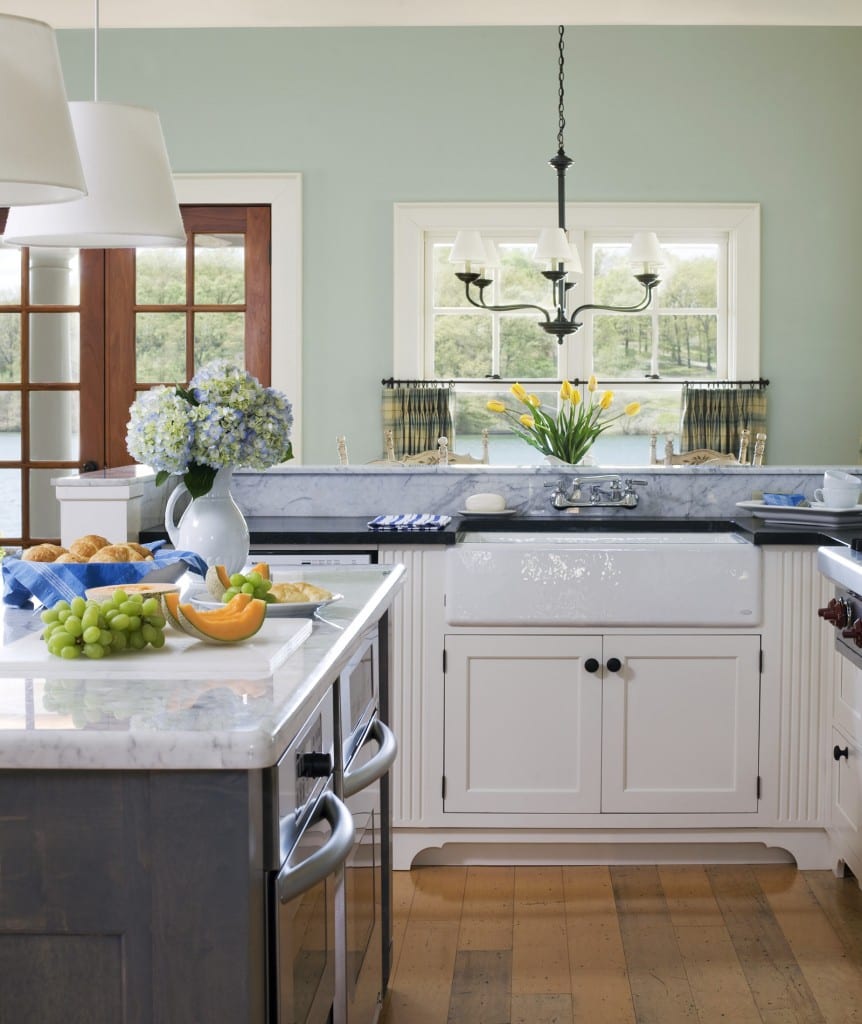 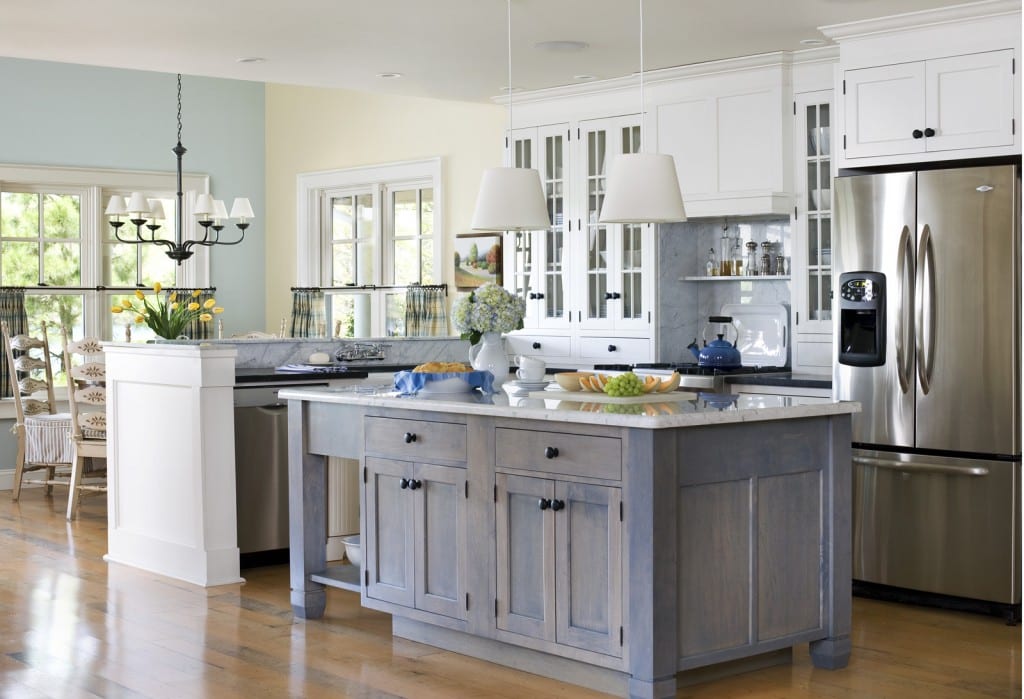 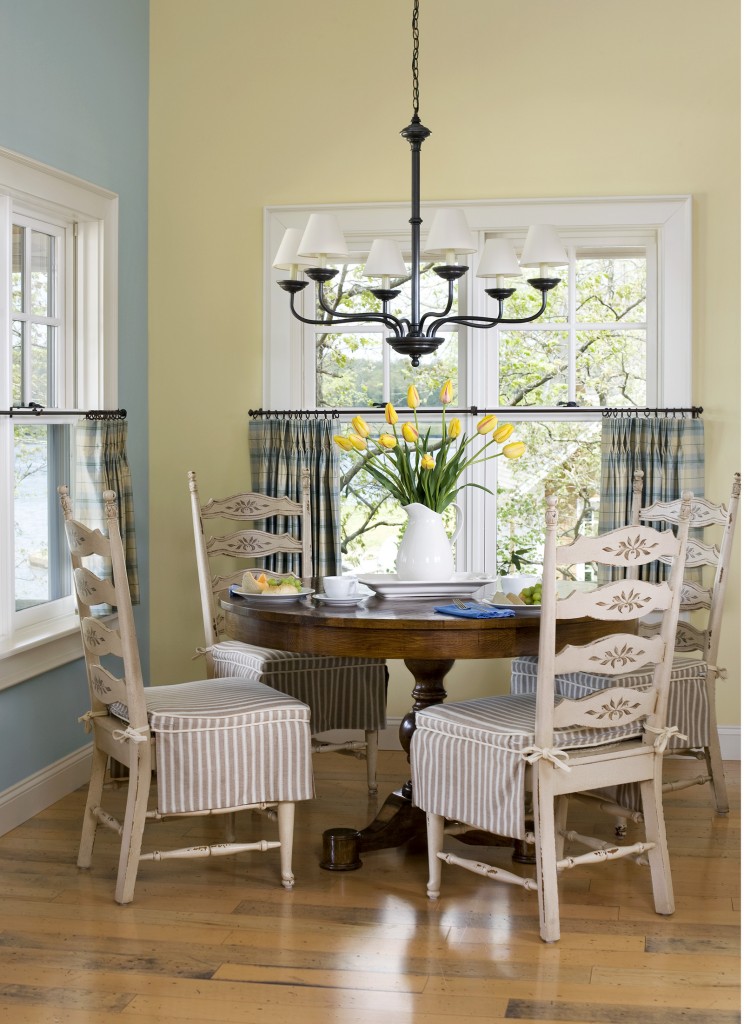 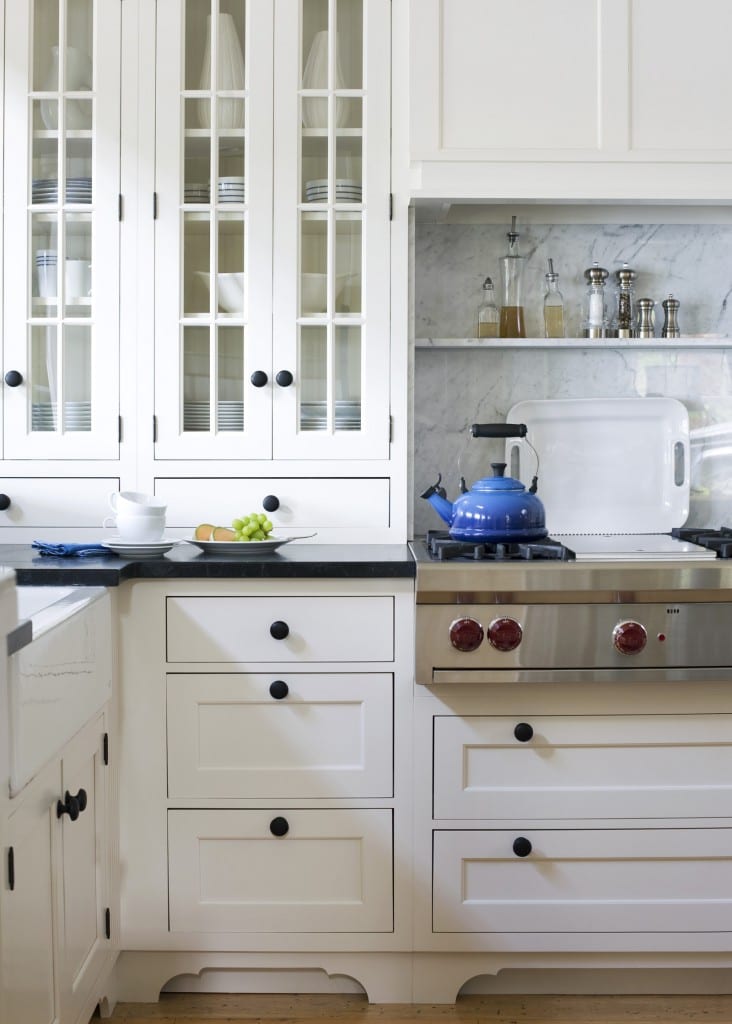 He and Susan began the kitchen project by adhering to their motto and choosing their main element, the cabinetry, first. “We knew from the beginning that we wanted crisp, white cabinets with a simple style, so that was our jumping off point,” Chambers notes. The island, the kitchen’s second main element, required experimentation. In an effort to add character and distinction from the surrounding cabinetry, they decided to stain it and sampled a wide variety of colors. They decided on a watery blue shade to complement the home’s lakeside location.

In designing a kitchen with less square footage than that of a main home, Chambers knew function needed to dictate many of the design decisions. “It’s a small kitchen, but we wanted it to feel as roomy as possible,” he says. An open floor plan helped the space feel larger than its actual footprint, and building appliances, like a main oven and a microwave one, into the island maximized counter space

Interior designer Vanessa Jacky-Davis was a key player in choosing wall colors, a juxtaposition of pale yellow and blue to reflect the room’s laid-back lakeside appeal, as well as the farmhouse-style furniture and café curtains that keep the breakfast room casual and cozy.

The kitchen’s functionality is put to the test several times each year as the entire Chambers clan, including their Boston-based daughter, their son who resides in California and their teenage son, gather for family retreats. “The concept behind the kitchen and guesthouse was to provide a casual and comfortable place to come and spend a few weeks together each summer,” says Susan. Recently, the space became the site of an even more memorable event, when the Chambers hosted their eldest son’s wedding reception. With tents set up near the water, the kitchen was ground zero for catering and serving.

“The kitchen came through for us,” Chambers says. “Despite the crowd, the entire space functioned well, and surely that’s the measure of a good kitchen.”