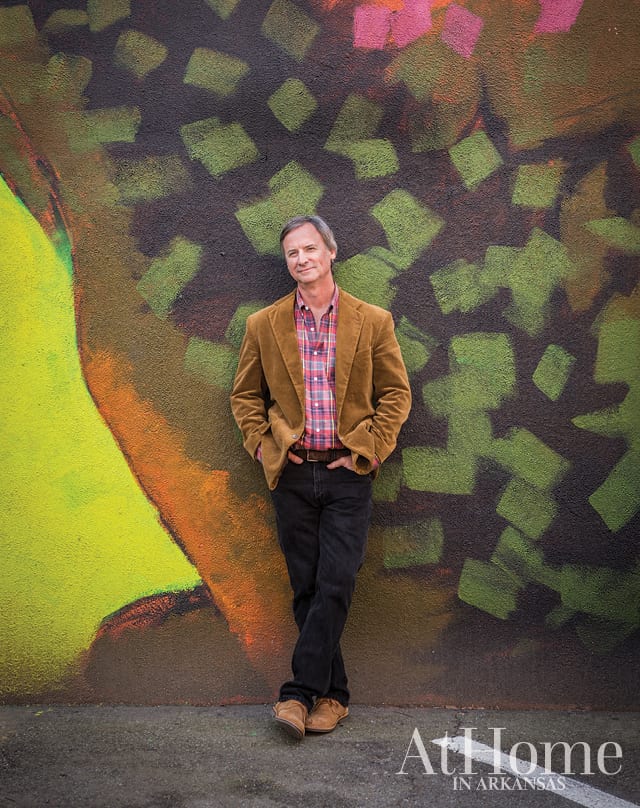 You haven’t always been a full-time artist. How did you start your career? I spent 15 years in advertising, and I think it was that experience that really prepared me to be an artist-entrepreneur. I graduated from Central High in 1983 and at that time I didn’t know anyone who was making a living as an artist. I didn’t see it as a practical occupation. I got a degree from the communications college at Southern Methodist University, and I immediately went to work for a big advertising firm in Dallas doing media planning. Later, I landed a position with a firm that led me back to Little Rock.

Did you have a moment when you knew you should make a change? When I moved back to Little Rock, I decided to pick up a hobby. I had always loved art from the time I was a little boy—I was the one you could find drawing and doing watercolors inside on rainy days—so I decided to take some classes at the Arkansas Arts Center. Over time, I began to realize I was really in love with my hobby but not my career.
Shortly after 9/11, I had a client who asked me, “You know, are you really doing what you love to do?” I told him I really loved painting, and he said, “You oughta take a shot at it.” I was kind of floored, and honestly embarrassed, because I was there to gain his trust as an account executive. But, before that meeting I had been going through a lot of self-examination, and, it sounds trite, but I thought it was a sign from God. Several months later, I was part of a downsizing at my company, and I decided to just go for it. I don’t want the world to go by without me participating so I’m willing to push myself out of my comfort zone. 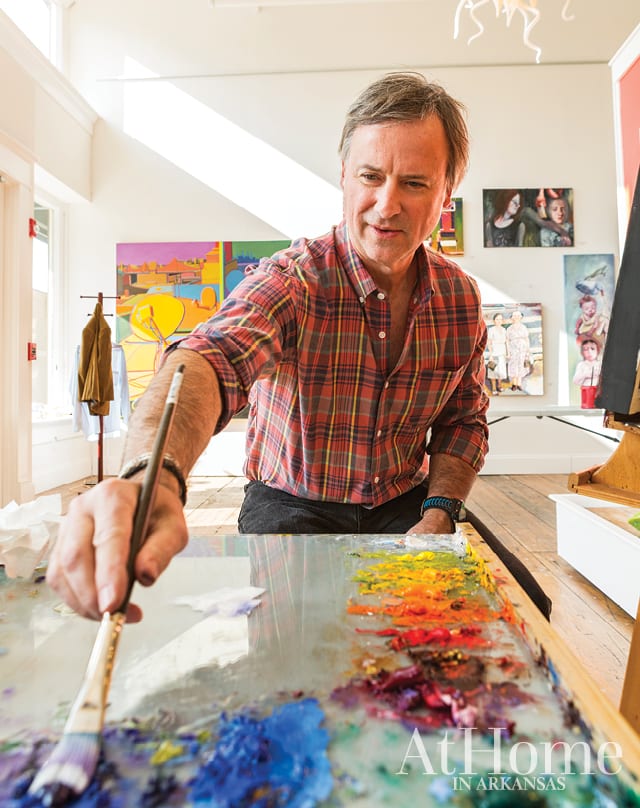 Did you have supporters who cheered you on to do this or were you really striking out on your own? I definitely had support. From a young age, my parents always told all three of their children that we could do anything we wanted. My dad helped me draft an initial business plan and also made me a loan, which I was able to pay back once I got rolling.

Many people around the state have become familiar with your work thanks to two large murals along Little Rock’s Main Street—one of which depicts a koi pond (seen partially on the facing page). How did you decide on koi as a subject matter for that first mural? In short, we got a grant to do the project. I had originally started with some patriotic themes, and the city knew the area was going to be the Creative Corridor, so I put together some proposals around that, but nothing really grabbed the people on the board. I ended up taking images of some of my paintings and digitally imposing sections of them on the side of the building. I presented about seven options, and one of the committee members said, “I really like the koi.” Several others agreed. The mayor asked, “Why koi?” and I said, “Because it’s art.” What I meant by that is that it’s so different and unexpected and had no commercial agenda or historic subtitle; it’s simply art to enjoy. The second mural, “Arkansas Harvest,” was commissioned by the Arkansas Rice Federation to introduce those in the urban Main Street setting to one of the state’s largest industries. 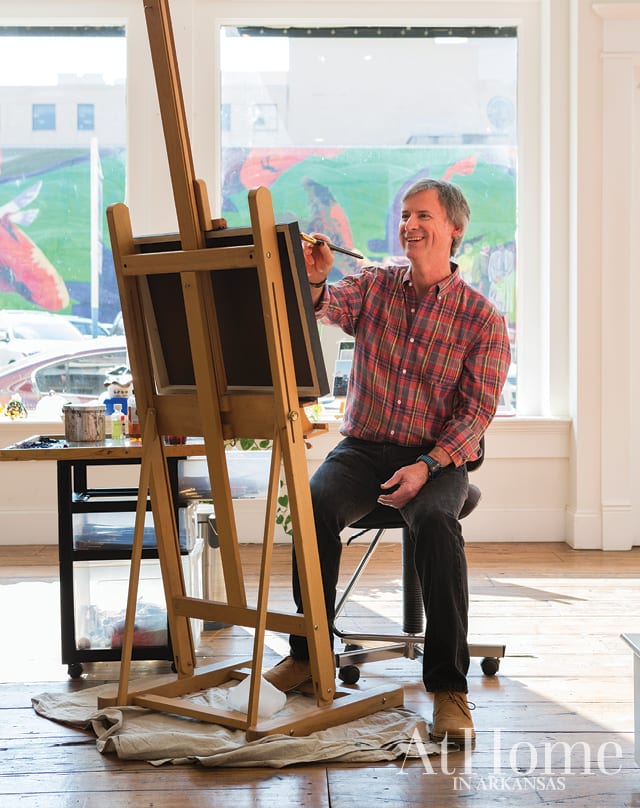 Speaking of Main Street, your gallery has become a downtown destination since opening two years ago. Aside from your own pieces, do you show the work of other artists here? Yes, I currently represent a total of 32 artists, and that number is growing all the time. I very much handpicked all of the artists; I’m very thoughtful and intentional about who I’m showing. I started with Arkansas artists who I knew and respected, and then broadened into a regional and later national scope. I’m also not afraid to look at up-and-coming artists who are serious about their work.

Aside from a visit to the gallery, are there any upcoming shows or events where Arkansans can check out your work? On March 23, I’m going to be a part of a collaboration with Ballet Arkansas called Art Movement. I’m really excited about this exhibition. We studied with Ballet Arkansas for three days and worked with their new directors, Michael and Catherine Fothergill, who are amazing. Part of the proceeds from the event will go to Ballet Arkansas and the artists will receive the remaining portion. I hope to have six pieces ready to show there.