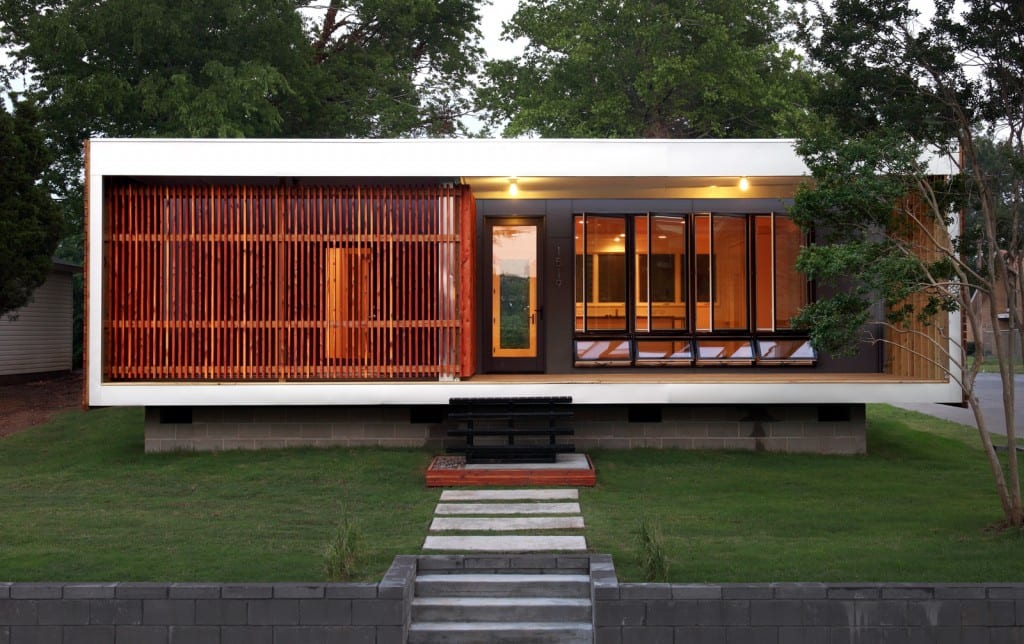 In the Pettaway Park neighborhood in downtown Little Rock, a simple and sleek new home on a corner lot breaks from convention. Although it qualifies as affordable housing, ample windows and a slatted wooden exterior convey high quality materials. While it appears nestled into the lot, mere months ago it was built in a Fayetteville warehouse and trucked to the site. And though the streamlined appearance suggests professional design and construction, the home was created by a group of students from the University of Arkansas Fay Jones School of Architecture.

The 1,200-square-foot, two-bedroom, one-bath home is a collaboration between the University of Arkansas, the non-profit Downtown Little Rock Community Development Corporation and mentors from the construction industry. For more than a decade, the Downtown Little Rock CDC has been working to revitalize the neighborhood, which is east of Main Street and south of MacArthur Park, with affordable and sustainable housing. That concept, says University of Arkansas associate professor Michael Hughes, who led the design/build project, was a natural fit for the student program. “Our goal is to create good architecture, not just architecture that’s good for having been built by students,” says Hughes. “We carry that respect over to the neighborhood as well, creating top quality work despite the fact that it’s an affordable home.” 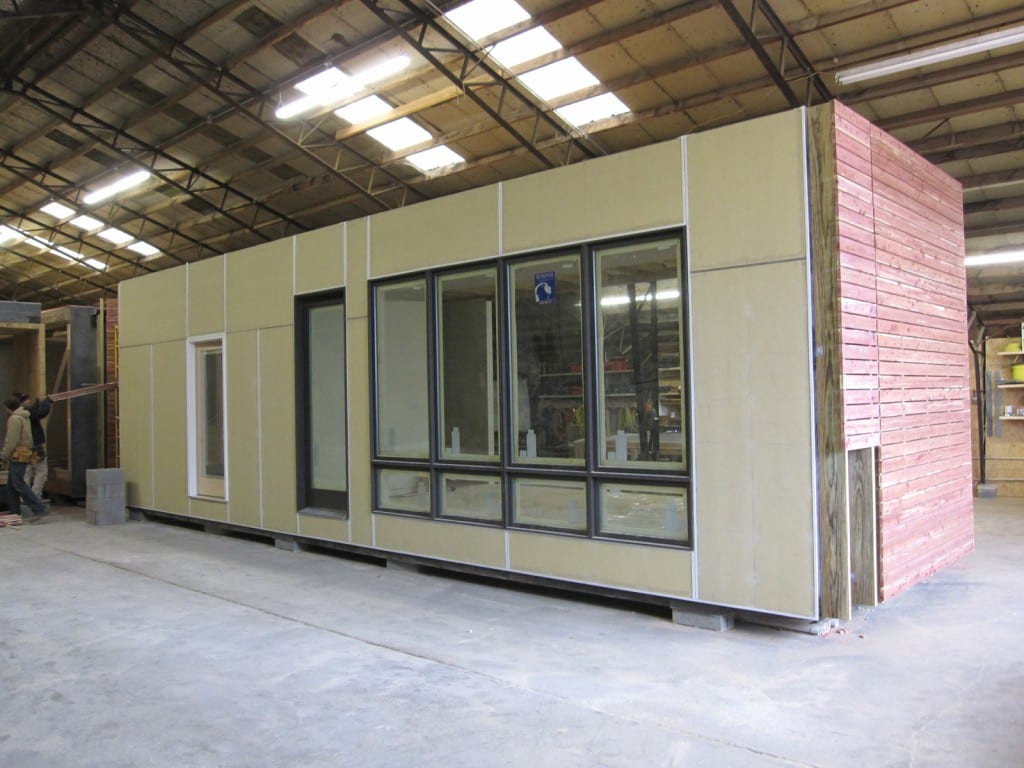 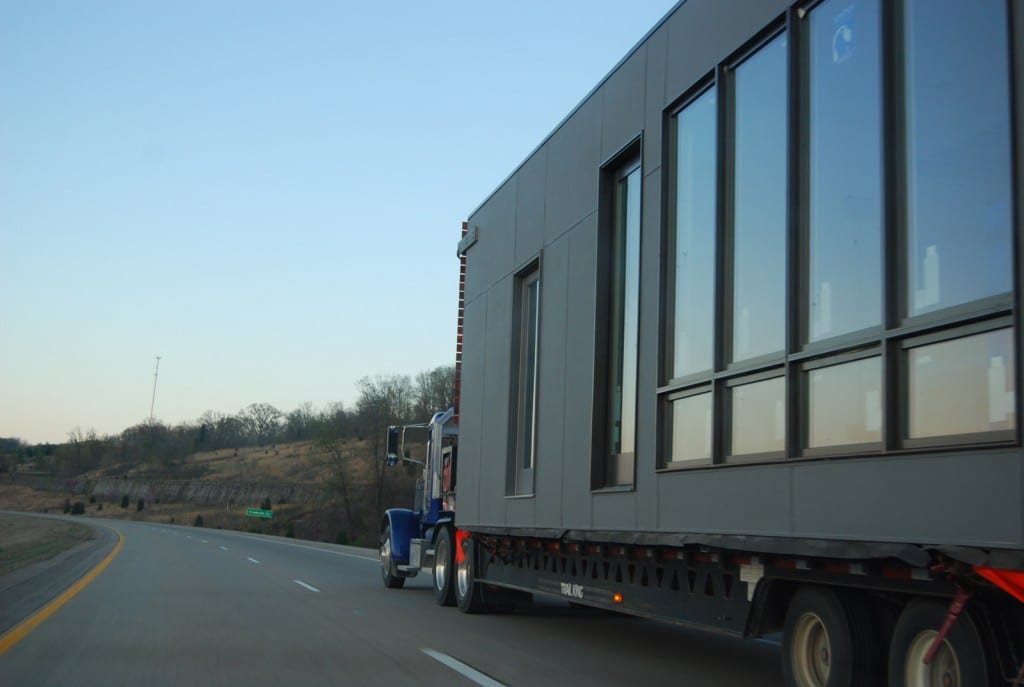 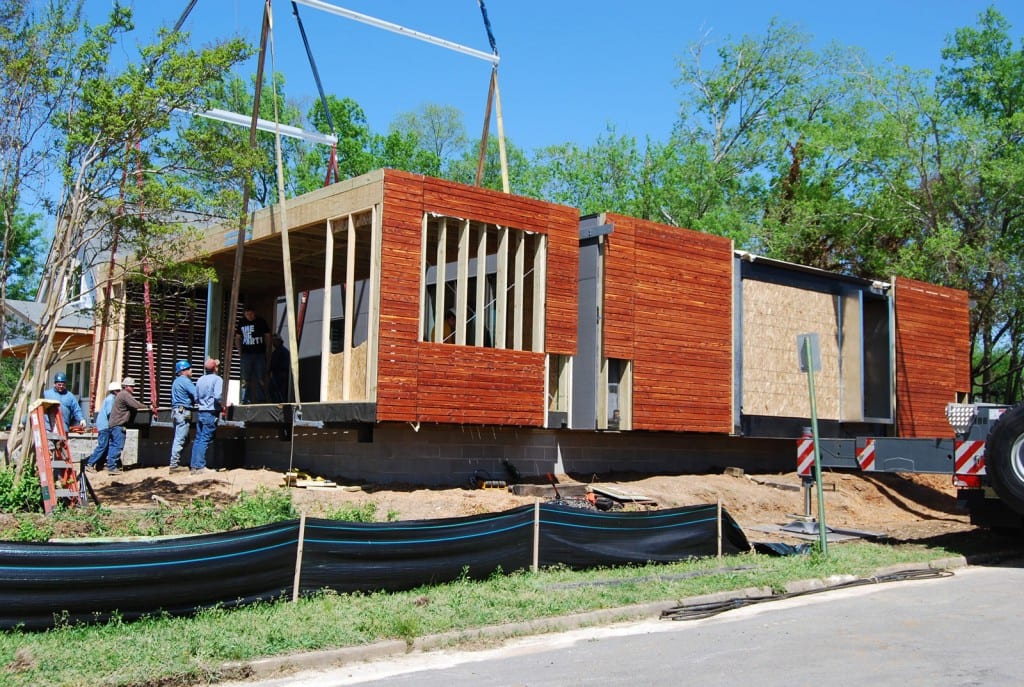 Since the students needed to remain on the Fayetteville campus for other classes, the team opted to construct the home in a local warehouse and have it delivered in prefabricated modules via truck to the Little Rock location. The design had to fit affordability criteria, size limitations for highway travel, structural needs for installation by crane onto a foundation, as well as the time limit of being completed in one academic year. “It was an incredibly complex set of logistics,” says Hughes, “that went surprisingly well, thanks to industry mentors and the students’ dedication.”

The couple that prequalified for the affordable home had expressed an interest in modern design, and the students obliged with an open floor plan featuring one expansive main room with an integral kitchen, plus two bedrooms with a shared bath in between. For additional living space, the design team included porches on the front and the back of the home, and large windows overlooking the spaces aid cross-ventilation. 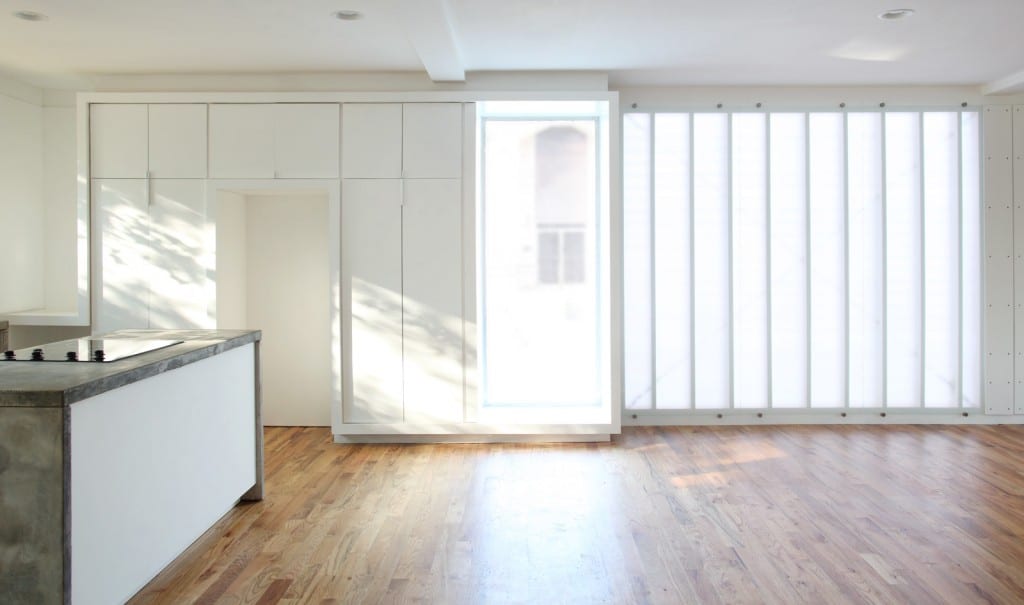 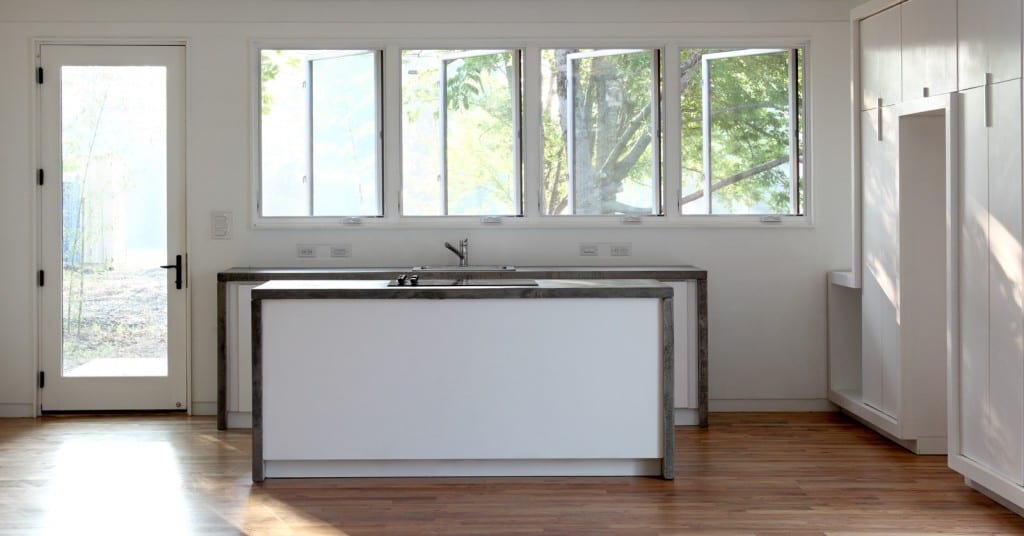 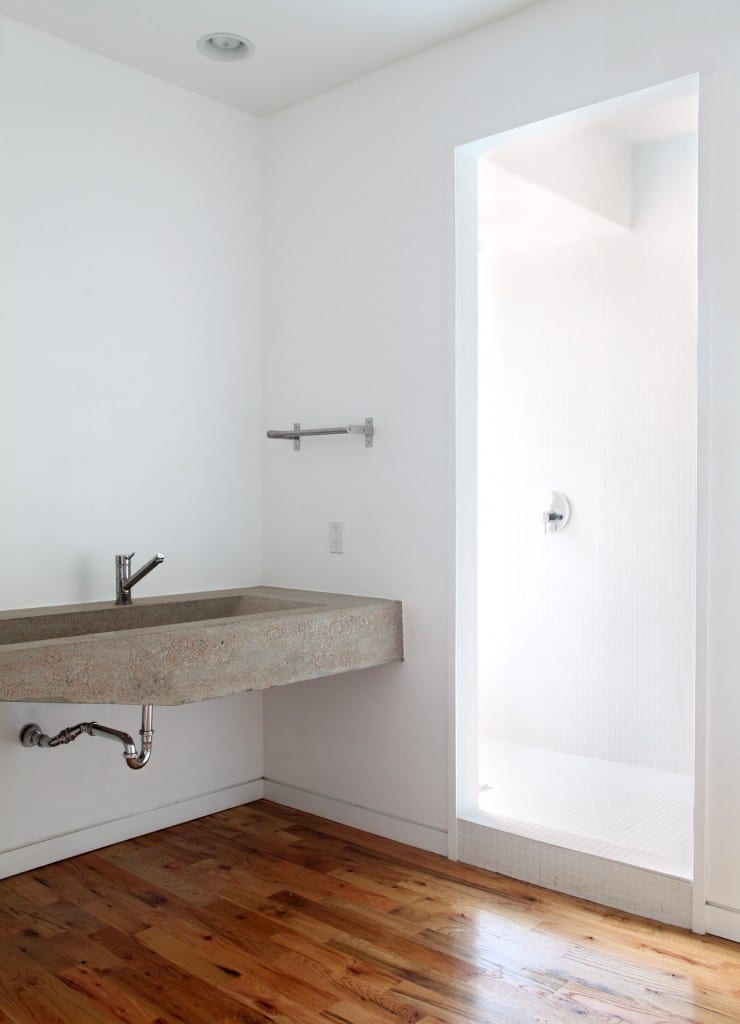 “We used passive strategies to cut down on electricity use,” says Hughes, noting that a cedar wood screen system on the sides of the house works as a sunshade, and that a white roof deflects heat as well. Other sustainable elements include a high-efficiency furnace, an on-demand hot water heater, soy-based spray foam insulation and energy-star appliances.

With the positive reception the completed home has received, the groups involved are considering future collaborations and the role of prefabricated modular homes. “This project offered an alternative to conventional construction,” says Hughes, “and that could translate to affordable housing throughout the state.” 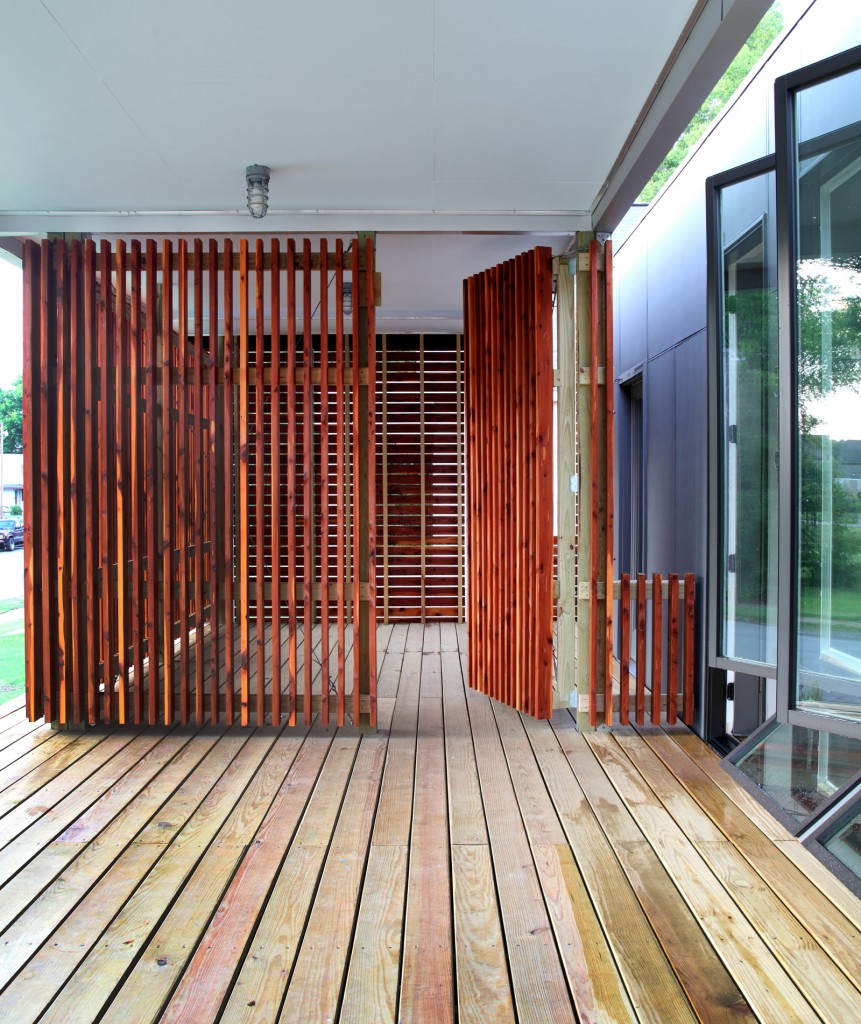 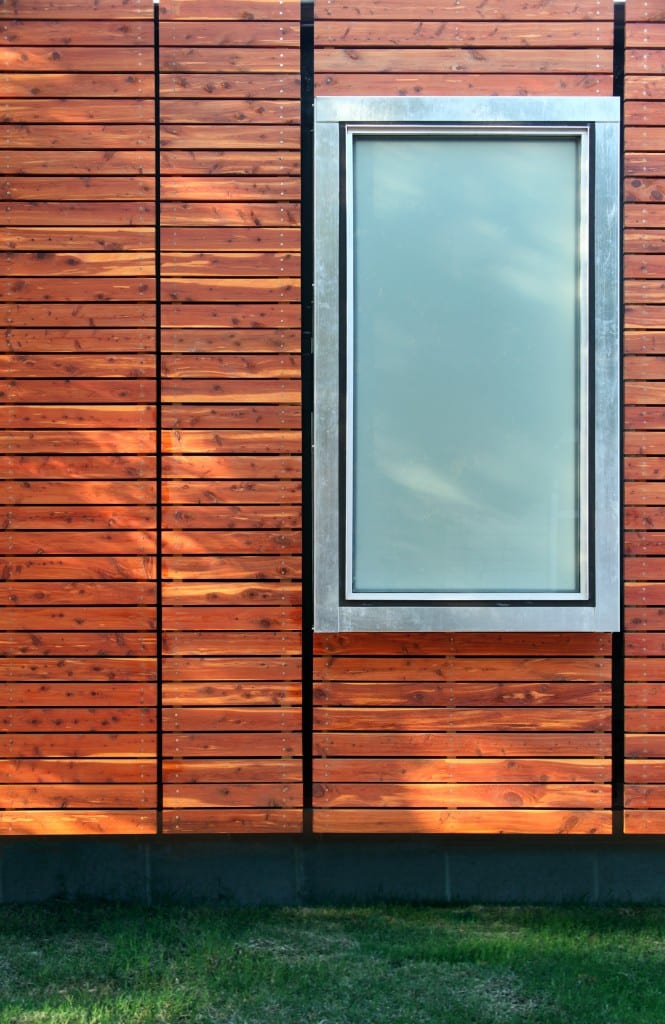 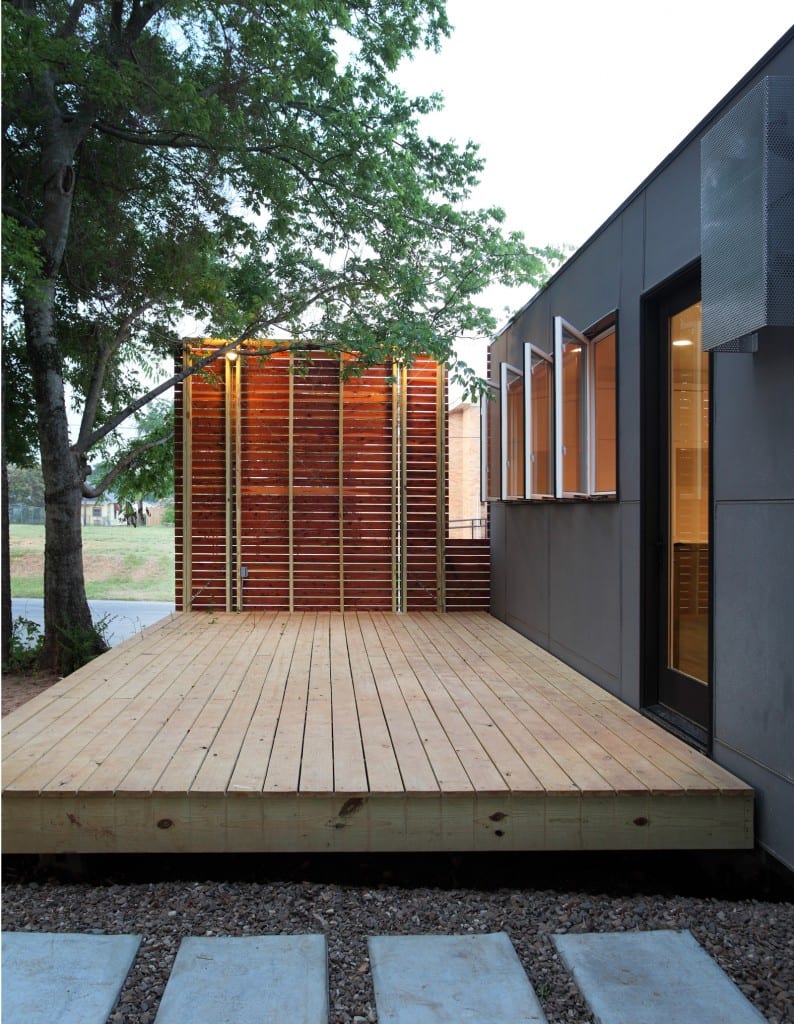