Growing up in Murfreesboro, Anita Davis learned how to spot a diamond in the rough in no time. A collector by nature she has long been passionate about flea markets and searching for vintage hankies, accessories and jewelry. However, she seems to love the hunt for a purse more than anything.

“As a child I was always intrigued by both my mother’s and grandmother’s purses. I remember my grandmother kept her small pocketbook close to her at all times,” says Anita. Similarly, she remembers the importance of her mother’s handbag and how it was a reflection of who she was. 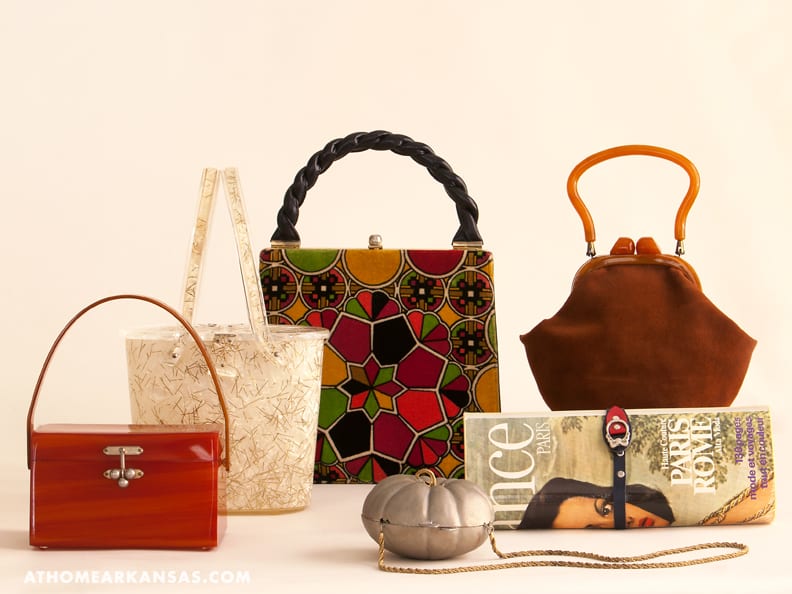 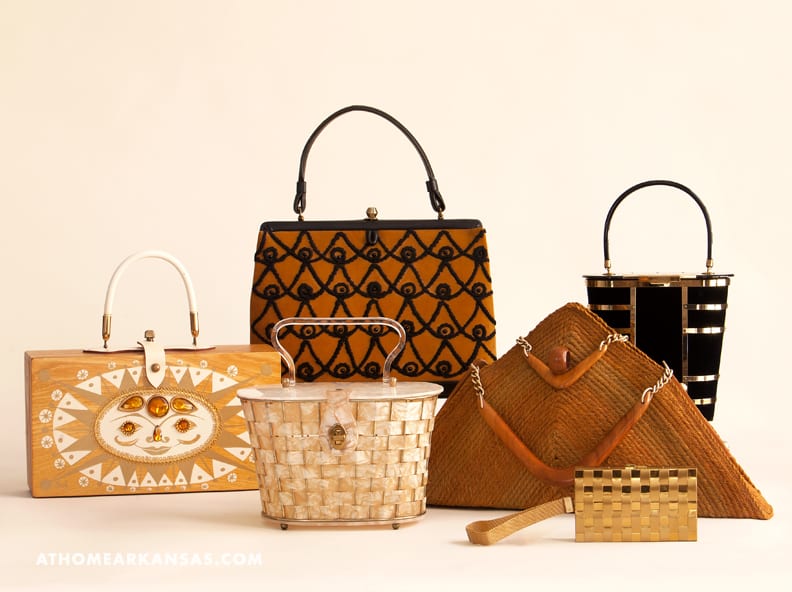 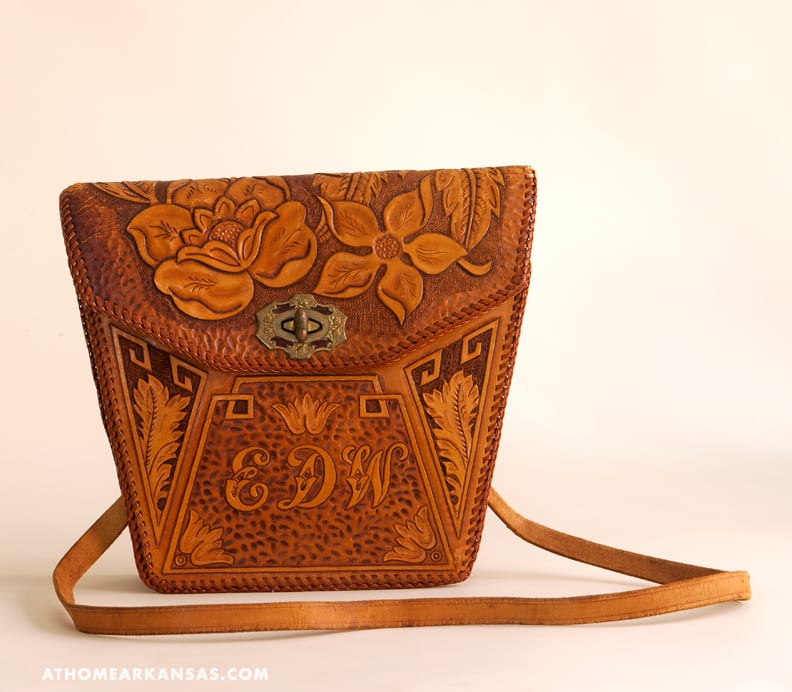 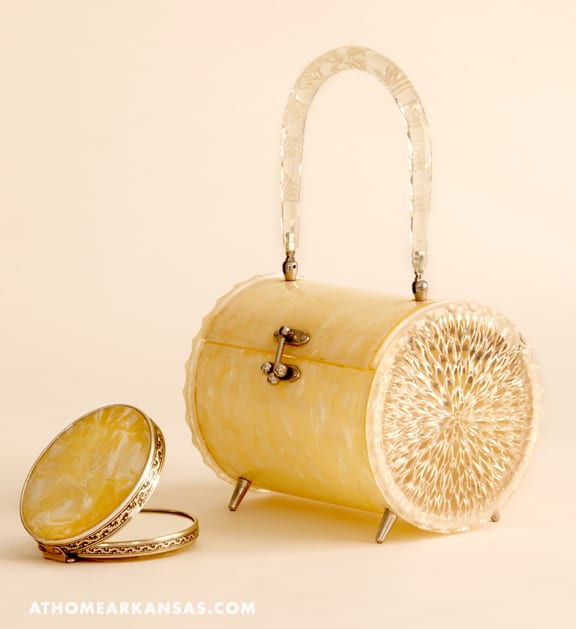 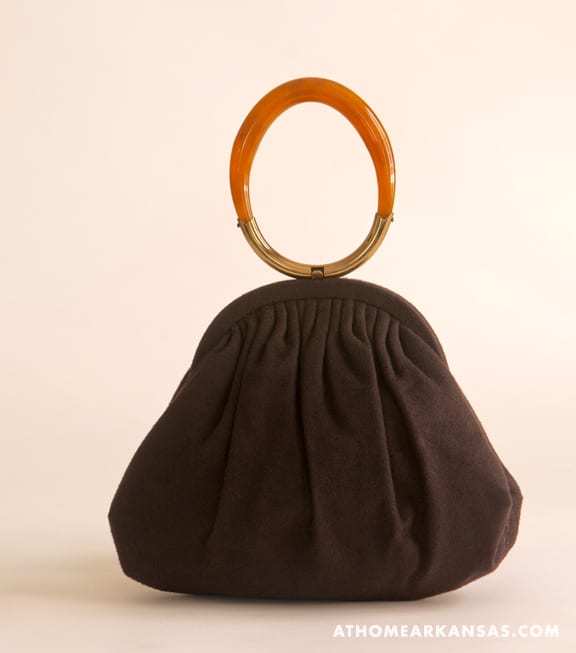 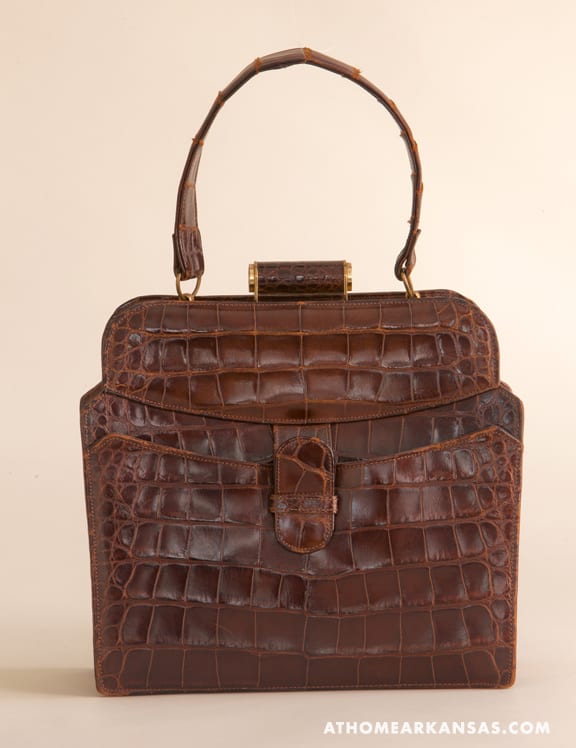 After leaving the state’s diamond capital, Anita spent several decades in Camden and clearly remembers seeing a white lace purse in one of the town’s store windows. This would become the first true piece of her collection. However, it was nearly 20 years later before she began to augment the group, which has now grown into a wide and varied array of more than 2,500 bags.

“I don’t always go for the most elegant or prestigious purses. I’m usually drawn to the ones with a fun theme or bright color,” admits Anita. Among her collection she has everything from plastic purses to a cat-themed bag. Almost every time period of the 1900s through present day is represented, too. Whether it is a magazine clutch from the 1970s, a 1950s Lucite bucket purse or a Cinderella-pumpkin-inspired evening bag from the 1960s, a range of dates and styles are included.

For Anita, the collection came to be about the importance of the purse and all that it symbolized. “A woman’s purse shows a lot about her,” she says. “It can show her interests, how she carries herself and her style. Each individual purse can be a reflection of its owner’s identity,” she adds.  As she began to gather the purses she discovered many people who had similar feelings about their own or a loved one’s purse.

These conversations coupled with her passion for seeking out the bags led to the idea of an exhibit with purses from every decade, 1900-2000. She began the project in 2004 with the help of two other women she found through Kent State University. Through their diligent search for handbags, and the stories that accompany them, a traveling exhibit known as “The Purse and the Person: A Century of Women’s Purses” was born and has visited numerous cities around the U.S. including a two-term run at the Historic Arkansas Museum in 2006.

One of her favorite pieces that appeared in the exhibit was a basket-style purse she carried in high school. There was even a small battery-powered fan she remembered using as a 13-year-old girl. This piece traveled along with the purse as one of the accessories, as did odds and ends from some of her mother’s purses.

With a collection this large, it may be unfathomable to think Anita doesn’t carry a different bag everyday. In past years, she did change out her handbags frequently; however, she admits she is quite attached to a small black, triangular-shaped bag that has been her pocketbook of choice for several years now.

Currently Anita is on the hunt for a denim bag from the late 1960s or early 1970s. “I’d love to have one with some original patches from the war protests era,” she says. “I would also love to have one of the fringed purses from that time period. We had these in the exhibit and I would love to add one to my personal collection,” she says.

As for the rest of her collection, Anita has plans to recreate a portion of the exhibit, including accessories and images of Arkansas women, to showcase in a gallery downtown. As owner of The Bernice Garden and an avid supporter of Little Rock’s South Main area, Anita feels this will be the perfect complement to the neighborhood’s recent renovation, as well as a lasting legacy for the women of Arkansas.