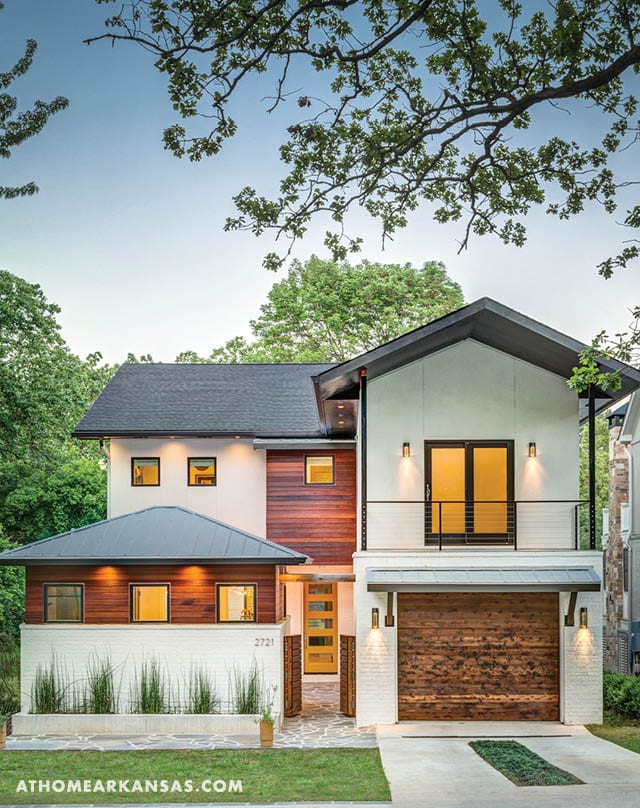 Chris Milligan, owner of Little Rock’s Dwellings, drew on his family history to design, build, and furnish his new home

Atlanta. Charleston. Birmingham. Nashville. Little Rock. What do these Southern cities have in common? Chris Milligan has called each of them home. However, in 2008 he and his family — wife Christy and their nine-year-old son, Brett—chose to put down roots in the River City. The couple chose Little Rock, Christy’s hometown, as a good place to open his-and-hers small businesses (Christy owns Cupcakes on Kavanaugh and Chris owns the design/build firm, Dwellings) and ride out the economic recession. They were living in a renovated house in the Heights when Chris noticed a small salt-box cottage on a narrow lot that was new to the market. They went under contract the same day, and soon began building their new-construction dream home on a tree-lined street in the same neighborhood where their previous home was located. “The lot is what we were really interested in—it is bordered to the north by a wooded easement with a small creek in it, which gives us a little more elbow room,” he says. “This was our chance to design and build something exclusively for our family.” 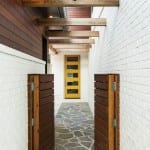 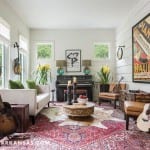 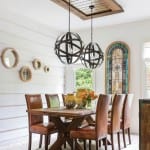 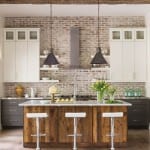 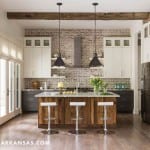 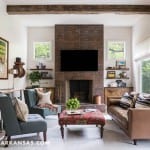 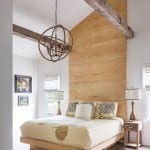 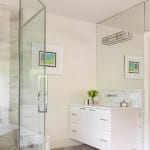 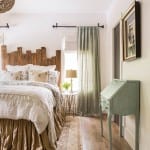 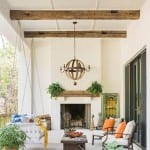 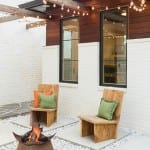 Attention to Detail
The Heights—like many early 20th century neighborhoods—draws on a variety of architectural styles, and Milligan designed the warm contemporary exterior to complement, not compete with, other homes on their eclectic street. Inside, his seamless, clean aesthetic is punctuated with reclaimed wood finishes and quirky vintage and antique pieces. In the front of the house, a dining room and music room share sealed concrete floors, while the kitchen and living space have four- and five-inch-wide red oak hardwoods creating a modern feel with a rustic edge. “I have always enjoyed the history of homes and the explanation of how they have evolved through the years,” Milligan says, “But now, so much of what I do boils down to a sheer feeling of what works and what doesn’t. I like to have a hand in even the most minute details of a house.”

Here, he had the opportunity to customize every inch of the house to the needs of his family, including maximizing space. “We borrowed space wherever we could,” he says. For example, he utilized the attic area to create a loft that is accessible by a ladder, a nook under the stairs became a wrapping station, and what appears to be a wall of shiplap in the kitchen disguises a computer desk where his son does homework and plays games.

The Family Way
The Milligans approached the furnishing of the home with the same level of detail. “Our personalities are a little bit funky,” he says. “We wanted the house to be a reflection of us and to be sleek and modern, but also warm and comfortable.” Low-slung furniture is covered in family friendly finishes such as leather, while eye-catching textiles and graphic posters contribute pattern and color. Many of the furnishings and decorative items either came from family members or were created using materials from their families’ homes across the Southeast. And while some decorative items have little sentimental meaning, others, like the dining table Milligan built entirely from lumber salvaged from Christy’s grandmother’s home, are irreplaceable heirlooms.

Milligan’s father—a trained artist—is the source of many of the quirkier items in the home, including the cheetah-print barber’s chair that he and a friend picked up off a Texas porch (with permission, of course!). “My father has a great eye for architecture and antiques, and the way he incorporated his unique and interesting pieces into our otherwise pretty traditional home has had a big influence on me,” Milligan reveals. His father also gifted the family with the vintage poster in the music room and supplied the wood pieces (which were originally used to build locomotive parts) that hang on the living room wall.

Let There Be Light
Because of the way the house is sited in a small valley, Milligan employed every trick in his book to maximize natural light. “Ideally, the main living spaces would be on the south side of the house, but that was not an option here,” he explains. Instead, he used sixteen feet of windows and glass doors in the living room and ten additional feet in the adjacent kitchen to allow light to pour into the common public spaces. Milligan designed the staircase to be open to the mudroom behind it to borrow light from the house’s only first level south-facing windows. White walls, seen in both the interior and exterior of the home, have a reflective quality, keeping the rooms as bright as possible.

The resulting spaces are fresh, clean backgrounds that are well suited with the reclaimed wood and industrial finishes that Milligan favors. Paired with the couple’s unique art and furnishings, it’s easy to see the home has a welcoming, unmistakable personality all its own.