Today, guest blogger Jason Godwin, executive chef with Simply the Best Catering in North Little Rock, chimes in with three of his favorite holiday recipes: spiced pecans, brioche and sweet potato gratin. Each is versatile and delicious (a magical combination when it comes to holiday cooking!) and was especially chosen for you, At Home’s readers, to help spice up that holiday menu!

Jason’s resume includes a culinary degree from the California Culinary Academy in San Francisco and a stint at the Capital Hotel as pastry sous chef. He also worked with Americorps VISTA in 2004, coordinating chefs who taught classes to low income individuals about cooking cost consciously.

We’re honored you stopped by, Jason. Turning it over to you!

These pecans are awesome. You can play with the recipe until you come up with something that you like! I usually add a little cayenne pepper to the meringue, but you could also use cinnamon, curry powder, nutmeg, etc. Have fun with it! Why not make a big batch of these and package them up as gifts for all your friends and family? The packaging is up to you; these sweet, crunchy, buttery snacks will speak for themselves. 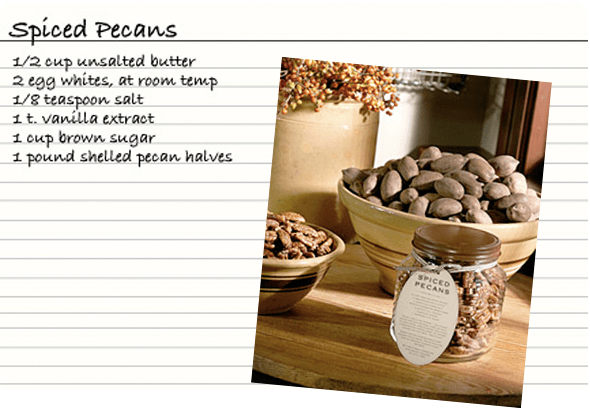 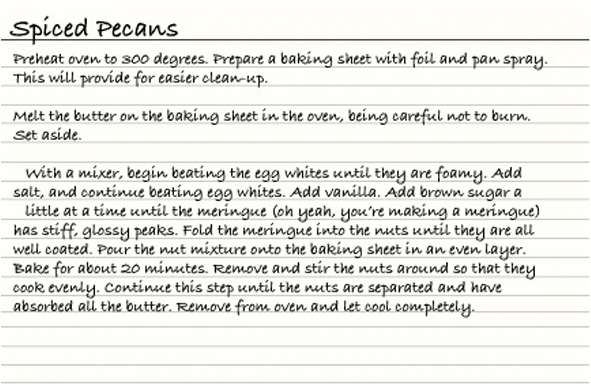 I picked this dough because of its versatility and relative simplicity. It is also a crowd pleaser because of its richness. It is different than many breads in that it has eggs and butter. Every time I make this brioche, I think about how it is almost impossible to find at the grocery store and that, when I was living in France, the brioche section of the supermarket was almost as big as the regular bread section! You can add chocolate chips, dried fruit, cocoa powder, sweet potatoesâ€¦the possibilities are endless. I like to roll extra dough out, sprinkle it with cinnamon sugar, and then roll it up for cinnamon rolls. It also makes a great French toast. 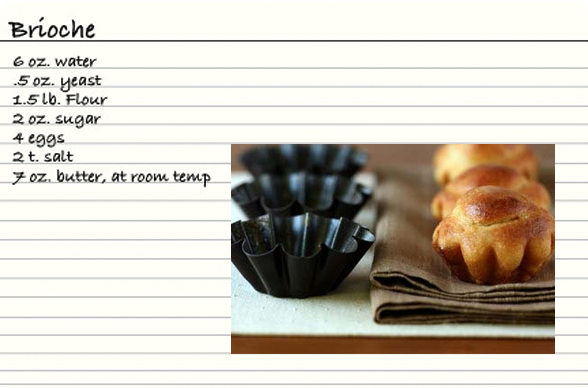 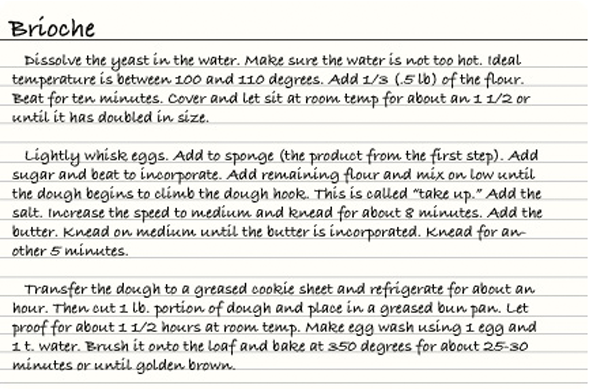 Most people think of a gratin as containing cheese. However, the word “gratin” refers to the crust that forms when the dish is cooked. This can be achieved with cheese or bread crumbs, or by using heat to caramelize the natural sugars in the product. Celery root, or celeriac, is widely used in Europe and often in restaurants. It is, however, overlooked in home cooking. It is a fairly gnarly-looking root that can now be found at many grocery stores, and its flavor is mild, nutty, creamy and savory. It is one of my favorite ingredients because of its versatility, as it can be used in soups, purees, gratins and even salads. I would definitely recommend incorporating a root into your home cooking. Donâ€™t be scared…I think you will pleased with the result! 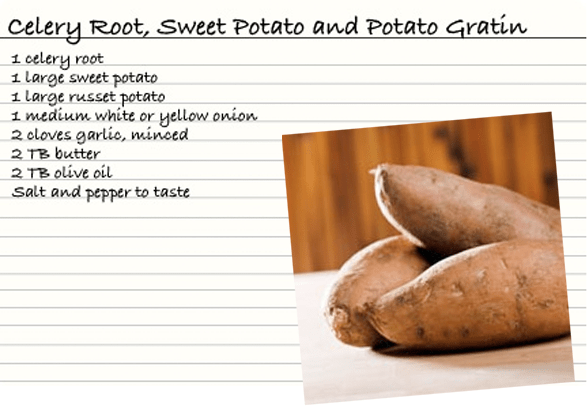 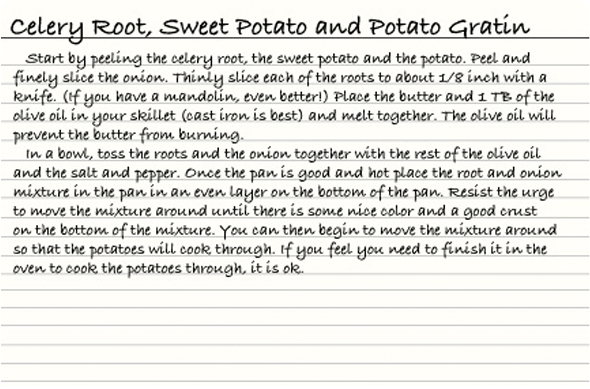 Imagery: MarthaStewart.com, Saveur and At Home in Arkansas