Homeowner Lyndsey Lewis been working with Bret Franks Construction to build a certified green home in Little Rock. She’s been blogging with us about the project (here), and today she is putting the spotlight on a friend who exemplifies green living through his ingenuity and resourcefulness–making him handy to have around during the construction of Lyndsey’s green home too!

For my first installment of the year, Iâ€™m going to try a new spin on green design. This week, instead of talking about my life, my house, my ideas, I decided to interview a special friend of mine, Bryan Rupar, whom I believe exemplifies sustainable living. He doesnâ€™t drive a Prius. He isnâ€™t a vegetarian. He doesnâ€™t own a tiny house. He just does his best to use only what he needsâ€”which is really what being “green” should be. 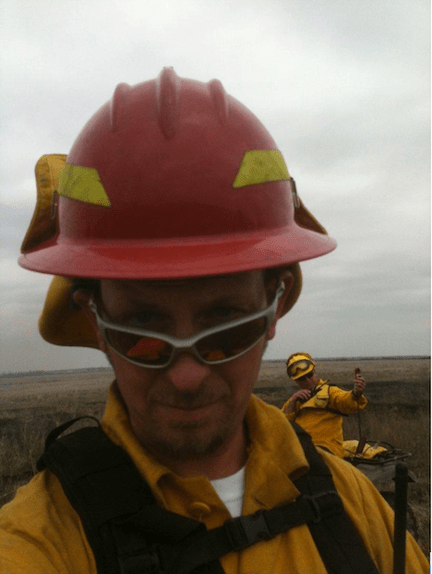 Bryan, born in Michigan, now lives here in Central Arkansas and works as the Chief of Land Acquisition and Stewardship for the Arkansas Natural Heritage Commission. (I had to ask him what this actually meansâ€¦ He purchases and manages property for a system of nature preserves here in Arkansas.)

What I love about Bryan is that he is so practical. He does his own maintenance on his 1997 Jeep. He uses free â€œrecycledâ€ mulch from the city. He fixes things around the house, for his boat, for OTHER peopleâ€¦ rather than just tossing stuff. 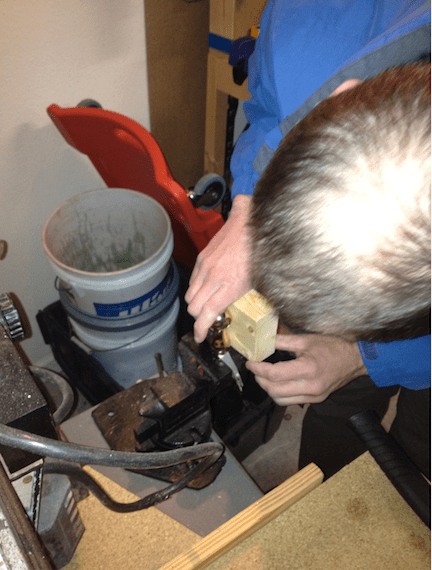 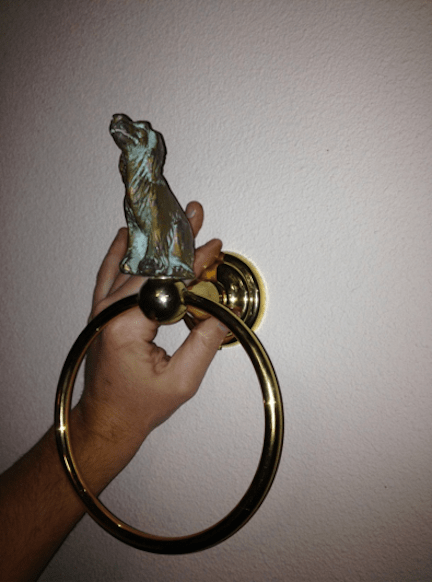 Above: With the help of his mechanical engineer brother, Bryan affixed a brass dog (that I had found) to a brass towel ring (that he found at Goodwill), which I’m going to use in my bathroom in the Whidbey. It was one of the most thoughtful gifts Iâ€™ve ever receivedâ€¦ canâ€™t wait to install it in the little house.

So during his transition to Little Rock, Bryan ended up in a living arrangement that was very unconventionalâ€”he and his roommate shared a used 32-by-8â€™ camper in North Little Rock. It began as a place for him to use while commuting between Monticello and Little Rock and eventually morphed into his home for almost three years. 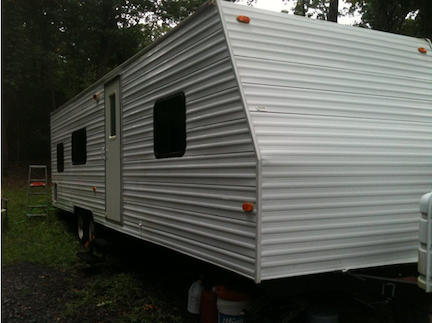 The plan was to find a place in Little Rock. â€œBut we quickly realized we could pay off student loans and our credit card debt with two incomes and living in a camper. So we rented a storage unit for the rest of our belongings,â€ Bryan explains. In fact, he says that his “rent,” including electric, water, and his storage unit, was only $275 per month. 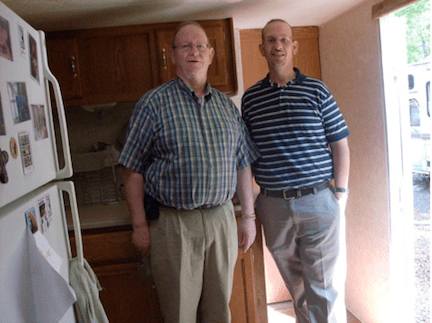 Above: Bryan, with his dad, inside the camper in North Little Rock.

â€œAt the time, we thought it was better to live in the cramped 240-square-feet and avoid years of financial stress later,â€ he adds. He was able to pay off his debts and save for a nest egg, which he eventually used for a down payment on his current home.

Me: Whyâ€™d you leave the camper?

Bryan: I donâ€™t know that I have a good reason for thatâ€¦ I guess I finally had enough for a down payment, to furnish my house, and go on a nice vacation.

Me: Do you ever miss the camper?

Bryan, like myself, is a thirty-somethinger. So it was curious to me how he got to be so smart about stuff. I mean, arenâ€™t we supposed to be lazy, wasteful jerks with maxed out credit cards??

â€œMy parents are very frugal peopleâ€”’thrifty’ if you want to be nice,â€ he explains. Like his dad, Bryan can also take his frugality a bit farâ€”last week when he insisted on stopping to pick up an “awesome” tire iron that someone had abandoned on the interstate.

But even then, itâ€™s still great. 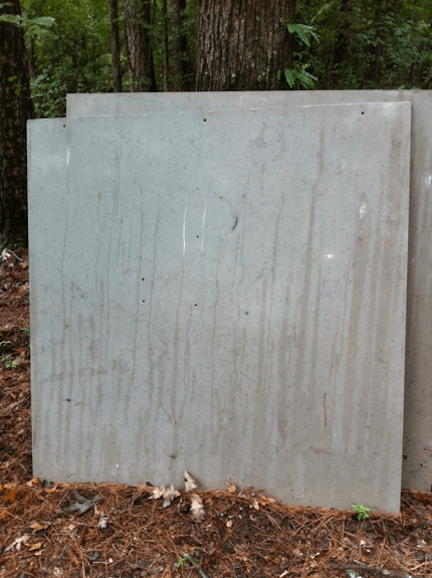 Above: Salvaged granite for my countertops from Bryan. â€œWhen I noticed them removing the granite from the building they were gutting,” he says, “I decided to ask if I could have them. Not only did they say yes, but they also helped me load them up.â€