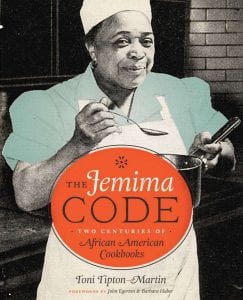 Chef and author Toni Tipton-Martin will speak at Crystal Bridges Museum of American Art on July 27 as part of the museum’s Distinguished Speaker Series. Toni is the winner of a 2016 James Beard Book Award, and she will discuss and sign copies of her book The Jemima Code: Two Centuries of African American Cookbook. A signing will take place following the lecture. General admission tickets are $15 and can be purchased at crystalbridges.org.

This post originally appeared in the July 2018 issue of At Home in Arkansas.

« Arkansas Farms Featured in Floral Design Book
Before and After: Lakeside Transformation »