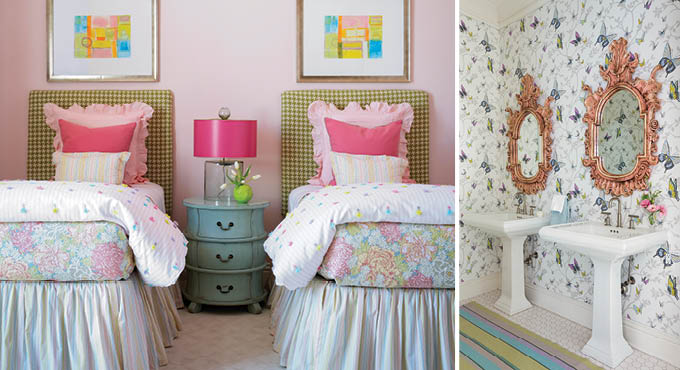 When you’re designing for your own family, you have the benefit of not only knowing their personal taste, but—oftentimes—how they interact with their home and what spaces will be of the greatest importance. For Springdale-based designer Kimberly Harper, both of these were true. When her sister’s family began to build their dream home in West Little Rock, Harper was called on from the start to help with space planning and architectural details. However, it’s the interior decoration of three distinctly different yet coherent spaces where Harper’s true talents shine. 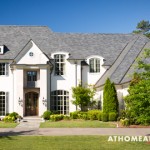 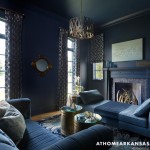 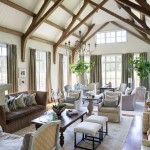 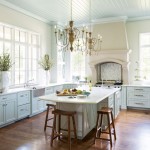 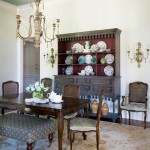 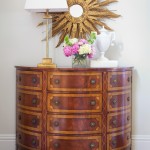 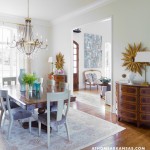 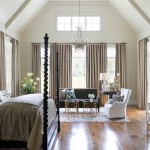 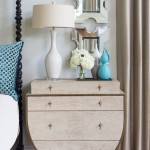 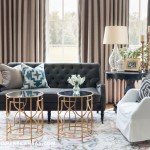 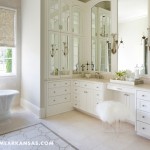 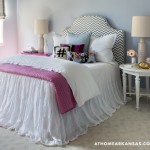 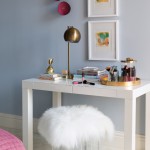 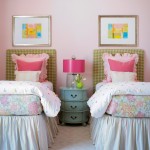 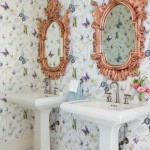 With six people living under one roof, common areas for rest, eating, and gathering were high on the priority list and their spatial organization was key to the flow of the home and to the family’s everyday routine. “From the beginning, there were rooms we focused on—the family spaces where they would be living every day—and then we have eventually worked our way through the entire home,” Harper says.

A large family room with multiple seating nooks accommodates a number of activities for both the parents and the children, who range in age from 10 to 18. “There’s usually always a puzzle going at the table. When we have friends over, the kids will be watching TV and can spin around in the chairs to see both sides of the room,” the homeowner says of the furniture organization and the activities enjoyed there.

The kitchen is equally accommodating, with a large island that works as well for food prep as it does for serving a quick afternoon snack. Floor-to-ceiling cabinetry ensures everything has a place and that no space is wasted. Appliances as well as a television are concealed behind cabinetry panels for a streamlined look. “She had seen pictures of things she liked; and she’s a detail-oriented person,” Harper says of her sister’s vision for the room. “She wanted something that had a lot of detail when it came to the tile and millwork, and she loved that the range hood would match the fireplace in the breakfast area.” This adjoining breakfast room connects to the U-shaped kitchen for an easy flow and convenient service from one room to the other. The family eats most of their meals in this space, which has a laid back—yet refined—appeal much like the rest of the home. A larger, more formal dining space is used for holidays and entertaining.

The last room to be designed in the house was a study located just off the front entry. After employing a “light, airy palette” throughout the rest of the home, Harper was ready to venture off course for this design. “It’s the one room that doesn’t belong. But she has all this light, so we wanted a place that was dark and secluded, so it could be used for napping or reading,” Harper says. The result is a chic, navy-saturated space that’s as sophisticated as it is comfortable.

The master bedroom and bath are a private retreat for the homeowners. “They wanted something they could close the doors to and get away,” Harper says of the initial goals. “We did a seating area, and—since it’s a large room—it breaks up the space and allows for a great view of the neighboring golf course.” Additionally, a private entry connects the couple’s bedroom to the pool and back terrace.

In the bathroom, details once again give the design polish. An intricately tiled mosaic gives the appearance of a contemporary rug on the floor, while ornate sconces and a chandelier mix in traditional flair to create a room that is refreshing and elegant.

Since the house is home to four children—one boy and three girls (one of whom is currently away at college)—it was equally important to have private and functional spaces for kids. Harper shares a special relationship with each of her nieces and her nephew, and knowing them well helped to make the process of designing rooms they would love all the more enjoyable—and easy.

For example, the second oldest daughter in the family requested blue walls with a pop of pink, giving Harper a solid starting point. “She is very interested in makeup and photography,” notes the designer, who created a dedicated vanity space using a clean-lined Parsons table. A custom headboard is upholstered in a chevron fabric for a graphic addition. This bedroom connects to a bath that is shared between the two sisters who currently live at home full-time. Whimsical and vibrant—the bath is covered with a Thibaut wallpaper that is appealing to both girls, one of whom is 10 and the other who is 16. “We wanted something that would tie the two spaces together and is youthful, but not too young,” Harper notes. In the younger sister’s bedroom, twin beds, covered in a mix of Company C and custom bedding, were a must-have for sleepovers. Harper covered the walls and the ceiling with a girlish shade of pink to seamlessly blend the two.

After living in the home for six years and allowing the design to evolve and come together over the time, the result is a comfortable yet sophisticated space that allows the family to live at their best. “After being here as long as we have, I wouldn’t change anything. And I think making the decision to hire a professional designer on the front end saves you so much time,” the homeowner says.