James Smith has come a long way since he built his first piece of furniture, a wood coffee table, in his garage in 2011. Now, as co-founder and co-owner of furniture brand and retail business James+James, he is looking forward to expanding the company’s storefront into a space that allows customers to experience the carpentry process up close. “There’s going to be 24 feet of windows in the store where shoppers can look into an actual woodshop, where we’ll have a couple of our 18 carpenters at work,” he explains, noting that being able to smell the sawdust from the shop next door is a major draw.

In addition, the store’s showroom space will more than double. “We’ll be able to show off more designs and more finishes,” James says. The historic Watson building, which houses the new store and woodshop, was originally a local furniture company started in 1946. “We’re really excited to take a store that’s been around since the ’40s and bring furniture retail back to it,” James says.

The new store and woodshop has a soft opening planned for March 26. After that, you can visit anytime during store hours, Tuesday through Saturday, 10 a.m. to 6 p.m. The store is located at 111 S. Main St. Keep an eye on James+James’s social media (@jamesandjames) for more updates. carpenterjames.com

A version of this story appeared in the March 2020 edition. The post has been updated to reflect new information.

Learn from local creatives at one of these Arkansas classes 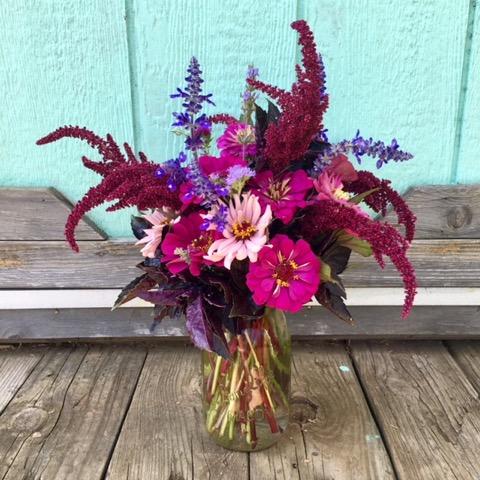 From 3-5 p.m., join Kim Doughty-McCannon of Bell Urban Farm at Bella Vita Jewelry to learn how to combine local flowers into beautiful bouquets. Registration is $45 and includes all materials. Visit bellavitajewelry.net to register and for more information.…