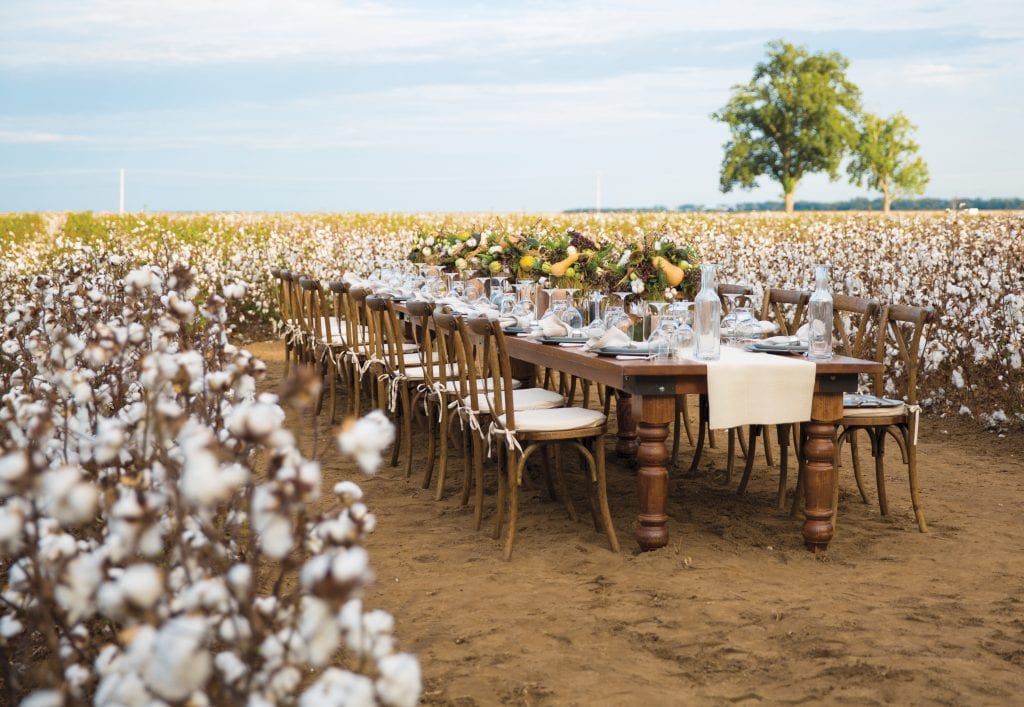 Greg Campbell and Erick New, owners of Garden District in Memphis, have been working together for 25 years. They source flowers from all over the world, including two farms in Arkansas: Delta Sol Farm in Proctor and Wilson Gardens in Wilson. The Memphis natives have now released an inspirational coffee table book, Florists to the Field, which features a behind-the-scenes look at the designers as they conjure breathtaking tablescapes inspired by and created in the settings of each of their source farms. Other farms featured in the book include locations in Louisiana, Wisconsin, Oregon, California, and Holland. For a list of upcoming signings and to purchase the book, visit southerlymedia.com.

This post originally appeared in the July 2018 issue of At Home in Arkansas.