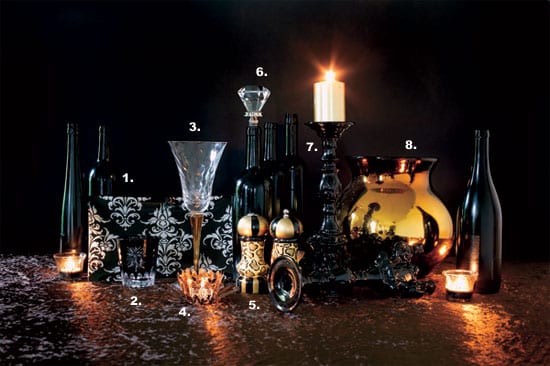 (from left to right)

“It’s the charm and character of a piece that really grabs me,” says Kirby Whetstone, owner of The Antique Co. in Little Rock, where she specializes in 17th- and 18th-century Italian, French and English antiques. Whetstone, who recently returned from an east-coast buying trip, offers some insight on why Continental antiques remain popular not only with dealers such as herself, but also with collectors. “Early pieces from the 17th and 18th centuries are original, and they seem to have better craftsmanship,” she says. “Many items from the 19th century are reproductions, which don’t have as great an appeal as originals, and they also don’t carry the same investment value. In my market, 18th century is very popular, although several 19th century designs are in demand as well.”

Whetstone also believes that the character of earlier pieces, such as the 18th-century French commode that anchors the entryway, lends to their value and desirability. “The honey color of the commode exudes a warmth that really appeals to buyers,” she says. But ultimately, she’s searching for things that she knows both her clients and herself will be pleased with. “I buy what is, to me, beautiful, and what I think my clients will want at a price that’s acceptable,” says Whetstone. “These things are timeless, and they do not go in and out of style.”

The early part of the 19th century is characterized by the development of furniture designed for specific purposes. Of such pieces, the small-scale occasional table stands out thanks to its multi-functional nature, and because its size made it easy to transport. Because these tables can often be seen from all sides, they were usually veneered on the back as well as the front, unlike side tables, whose backs were hidden when set against a wall. Tables produced around the 19th century were primarily associated with leisure activities, such as chess, reading, painting, or ladies’ activities, so pieces like sewing tables and commodes were given considerable attention. Kirby Whetstone, co-owner of The Antique Co. in Little Rock, offers customers an assortment of occasional tables in varying sizes from around the world.

An English painted-lacquer sewing table, circa 1880, from The Antique Co. is a classic example of these types of tables. It features a lid with six small compartments ideal for needles, threads and buttons, one larger compartment perfect for scraps of cloth, and a mirror that is revealed when the tabletop is opened.

One style of occasional table, the commode, is characterized as a chest with deep drawers and was first introduced in the late 17th century, continuing to appear in varying styles throughout the 1900s. Whetstone displays two different designs of this type of table — an English red chinoiserie lacquer commode, circa 1900, featuring a beautiful Oriental motif, vertical curves, known as bombe’, and a horizontal serpentine skirt on the bottom, and a circa-1850 French fruitwood commode with a lined top drawer as well as a sliding door compartment, perfect for holding larger items.

In the early 18th century, around the reign of Louis XIV, an evolution of the occasional table occurred, most noticeably in the form of leg shape. The cabriole leg was introduced into the French court — a look based on the shape of an animal’s hind legs, which may have originated from Chinese influence. The finest pieces most often had “knees” that were highly decorated. Ormolu mounts, which were originally designed to protect veneer, provided such decoration and were often made of cast bronze and given a gilt finish. Stamped or painted leather also began appearing on tabletops during this period, and in the earlier part of the 18th century this decorative leather was not only used for upholstery, but also for wall coverings.