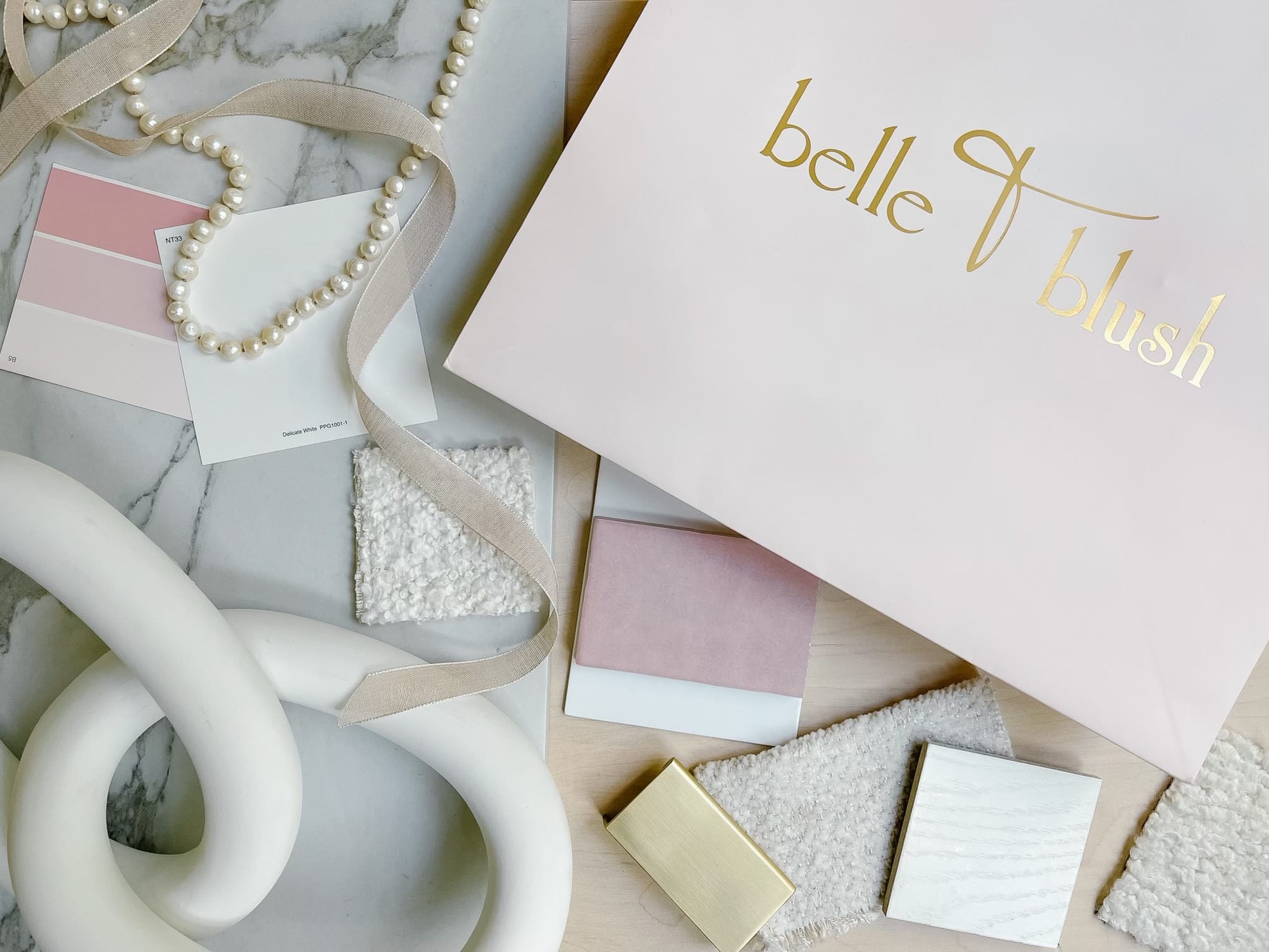 In June, Belle & Blush announced a second location would be coming soon in the Heights. Owned by Merry Kline, the skincare and cosmetics store also provides makeup and esthetician services. Merry opened Belle & Blush in The Promenade in 2013 and expanded that store in 2018. Now, the additional location will be housed in the historic Heights Theatre, with Ashley Childers at the helm of interior design and Ashley’s husband, Garrett Childers of Wiggins and Childers, on board as the contractor.

Ashley describes the vision for the store as “modern, feminine, and chic.” “This design might just be the most epic before and after of all time,” Ashley says, listing original brick, clean architectural lines, and the building’s projector openings—from its time as a working movie theater—as some of the details she’s been most excited about. “The final product will be a space that mixes the innate character of a historical building with the look and feel of a luxury retail experience,” Ashley says. Read on for more from Ashley about the design, and keep an eye on Belle & Blush’s Facebook page for updates regarding the new location’s opening date. 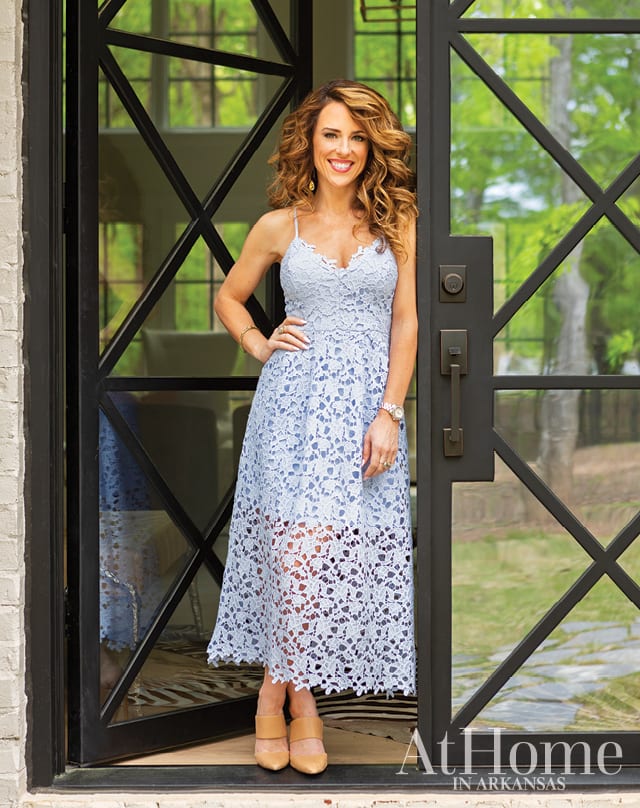 At Home in Arkansas: Tell us how you got involved in the design of Belle & Blush’s second location.

Ashley Childers: Merry reached out to me about a year ago and asked if she could have a Belle & Blush photoshoot at my house, I of course said “absolutely”! We’re constantly hosting photo shoots in our home for my brands, and the overall style of our home blends seamlessly with the aesthetic of Belle & Blush. Since that first shoot, Merry and I have become great friends, so it was a natural fit when she asked me if I’d be open to design the new Heights location. After working a month or so on the overall vision, we brought my husband, Garrett Childers of Wiggins and Childers, on board as the contractor. I knew that our team could really knock it out of the park. The synergy and holistic approach Garrett and I take on a project fit Merry’s needs perfectly.

AHIA: How would you describe the interior style of the new location?

AC: Modern, feminine, and chic. I really wanted to push the limits a bit with the design while being laser focused on the needs of the Belle & Blush clients as well as staff. I incorporated clean lines, feminine curves, and modern architectural elements, all while honoring the history and unique details of the old Heights Theater building. The final product will be a space that mixes the innate character of a historical building with the look and feel of a luxury retail experience. 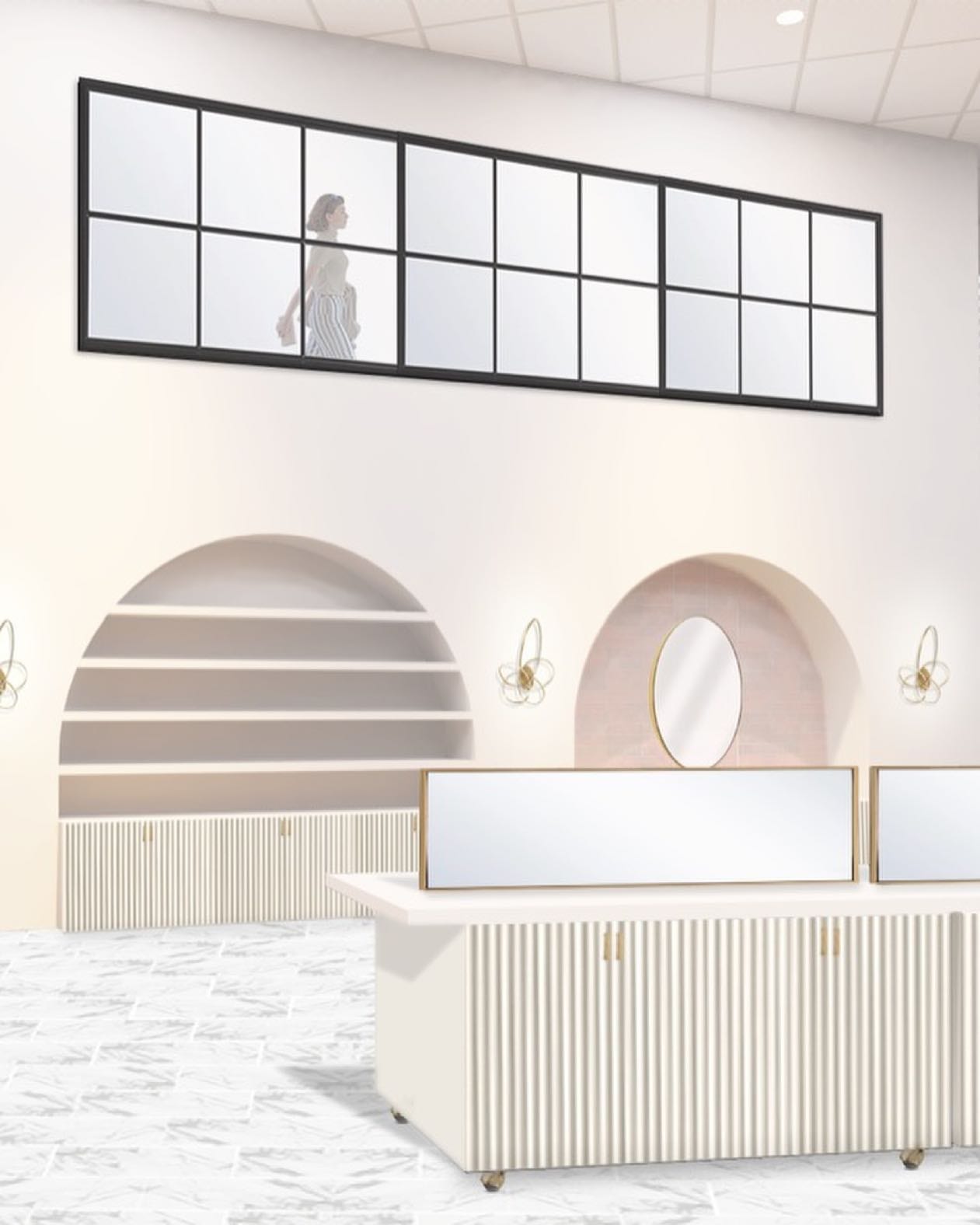 AHIA: What are some of the design elements you’re most excited about incorporating into the space?

AC: Can you say “original brick”! This design might just be the most epic before and after of all time. The space before was very closed off with tons of tiny rooms and absolutely zero natural light. We demoed everything down to the shell and in doing so uncovered the most beautiful original brick details, of which we’re lime washing in a custom blush color, of course. We also uncovered the original projector room openings from when the building was a movie theater. I just about fell over when I spotted those little square cutouts in the wall. Needless to say, I wanted to honor the buildings past by highlighting those unique features. That kind of character and history makes the overall design even more special.

AHIA: The old Heights Theater building is such a local landmark. What has it been like working in a historic space?

AC: I love working in historic buildings. Especially when the design calls for such a huge transformation, like this project. The space was literally saying,  make me pretty again! Of course, many of the design and construction decisions were made to work with and honor the buildings original bones. We’ve loved the challenge and in the end the space will be full of character and charm in a way that just can’t be replicated in a brand new building.

A version of this story originally appeared in the October 2021 issue of At Home in Arkansas.